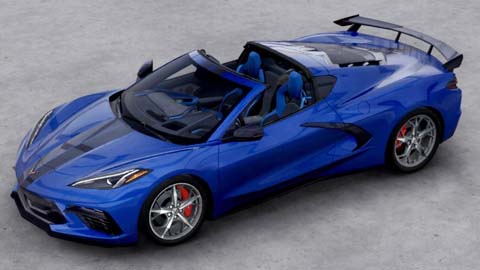 The mid-engine Chevy Corvette has had it rough. Like 60 years of rough. Now that you can finally buy a mid-engine Corvette, it seems the covid-19 virus outbreak has caused a supply shortage of its most popular options.

Chevy has had to remove the option of the very-popular high wing spoiler for the rest of year starting in the third quarter, according to dealer guidance reported on by Corvette Blogger.

If you didn't make it in the door, you're going to have to source a better wing than that stock strip some other way. Or wait until supplier production of the parts can resume, possibly for the 2021 model year.

Keep in mind coming into this year, the mid-engine Corvette had already suffered reported delays in development by switching out its electrical architecture, and then suffered even more when United Auto Worker strikes delayed production start.

On top that, this year has now thrown the Corvette an economic crisis, a global virus pandemic that lead to a production shutdown, and now nationwide protesting of police brutality by the Black Lives Matter movement.

Chevy provided a statement to Roadshow claiming it's "actively working with the supplier to resume production and increase capacity of the high wing spoiler as a result of their operations being down due to COVID-19."

And that's not the only option Chevy's had to remove.

The optional Visible Carbon Flash Ground Effects Kit is also getting cut in the third quarter of this year because the automaker didn't anticipate demand and make up for it from the supplier due to the whole global pandemic thing.