And gluing it to the ground will be the job of some ultra-wide, sticky rubber 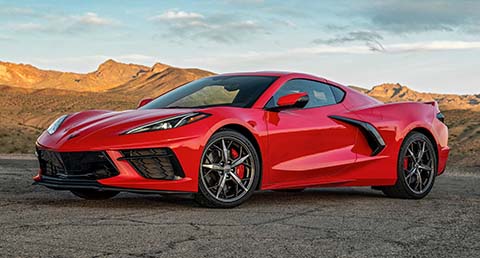 As marvelous as the 2020 Chevrolet Corvette Stingray may be, it's clearly a platform whose performance potential General Motors has yet to fully exploit. Come 2022, however, the world will reportedly start to see what the C8 is really capable of, with the arrival of the Z06. Now, fresh rumors suggest that it will have optional performance packages hailing from the realm of hypercars.

The Z06's 2022 arrival window was initially suggested in an alleged GM product plan leak that surfaced in April, and partially detailed the submodel's performance upgrades. Among the dullest (yet most important) improvements will be to the brakes, which will be enlarged for better heat tolerance, over which Muscle Cars & Trucks reports GM will bolt an optional set of carbon fiber wheels. This claim of optional composite wheels is corroborated by an eBay listing from February, wherein an allegedly GM-sourced set of prototype carbon wheels for the C8 sold for $4,500. 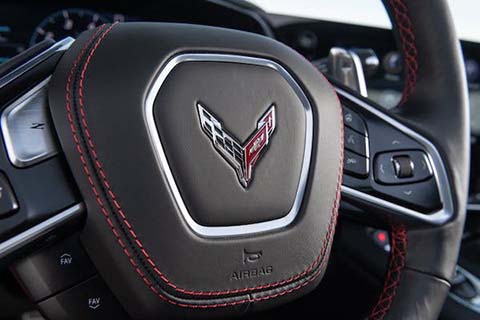 These wheels will reportedly wear aggressive Michelin Pilot Sport Cup 2 summer tires, in the monumental sizes of 275/30R20 up front and 345/25/R21 in the rear. Those are respectively 30 and 40 millimeters wider than a base C8's tires, and 10 and 20 millimeters wider than the tires on the 991-generation Porsche 911 GT2 RS. Such huge tires have reportedly forced GM to widen the Z06's fenders considerably, adding some drag, though this drag may be partially offset by another Z06 option: Active aerodynamics.

Contrasting previous reports that alleged the Z06 would go with a simple, gigantic wing for maximum downforce, MC&T claims the 2022 Z06 will be available with a self-adjusting splitter, rear wing, and "side flaps" (likely canards and rear spats). These will stall themselves to reduce drag in a straight line, perk up to produce downforce in the corners, and potentially act as air brakes under heavy deceleration.

The Z06's presumed power plant is a 5.5-liter, naturally aspirated "LT6" V8 with dual overhead cams, a flat-plane crankshaft, and a redline as high as 9,000 rpm, which will make an unearthly noise if allowed to breathe properly. GM engineers are reportedly pushing for a rear-end redesign to accommodate a center-exit exhaust to perfect its exhaust note, though this alteration reportedly has yet to be signed off by program management.

GM confirmed to The Drive in late April that all product development — Corvette included — had been stalled by the COVID-19 shutdown, and we've reached out to verify whether Corvette development has restarted now that the auto industry is working to resume production. We will update when we receive a statement.

"Our global product development teams have begun to resume normal operations after the COVID-19 shutdown, a Chevrolet spokesperson confirmed to The Drive. "We're not going to comment on specific vehicle programs beyond what we've already communicated."