This is What Made the Chevrolet Corvette L88 so Powerful

Named after a warship, shaped like a shark, and with enough power to hold itself against sports cars of even today. 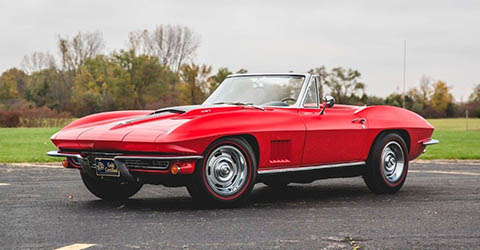 The Chevrolet Corvette, the moon among the stars, the ultimate American sports car. There are many reasons why people love the Vette. Aside from being one of the curviest and most seductive cars on the market, Corvette's way of exhibiting the American V8 power in the 60s and the 70s also caught a lot of people's attention.

The 1964-1967 Sting Ray is on the very top of the list of “100 Coolest Cars” in Automobile Magazine’s ranking, the 70s model years were what the Astronauts were driving in the 70s, the people voted it the 1967 model as the best all-around car of that year, and so many more notable milestones and achievements that If we wanted to bring the spotlight to it all we’d probably write a book instead of an article about it.

The Vette was a fascinating sports car, but with the L88 engine option, it was a merciless shark that could not stop itself from smoking its opponents; be it a Mercedes-Benz or a Shelby Cobra.

The Kick-Off Of The Corvette 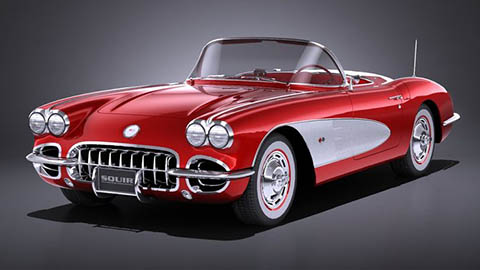 The Corvette was initially introduced in 1953 and has come a long way since. The first generation, which was labeled C1, started as a small two-seater. It did look like a sports car, but there wasn’t anything crazy under the hood; a 235 cu in that produced not more than 150 horsepower with a two-speed Powerglide transmission system.

Folks at Chevrolet started taking it more seriously in 1955, a lot more seriously. The 1955 model came with a V8 and a 3-speed gearbox. The following year it was able to hold itself against big-name sports cars like the Mercedes-Benz 300 SL and the Jaguar XK-140MC at Torrey Pines.

Chevy took it even more seriously; the 1957 model came with fuel-injected 283 V8, a massive improvement in the brakes, and the transmission was upgraded to a 4-speed system. Now winning production cars in races was easy, So Chevy produced a real racing model of the Corvette; the Corvette SS.

Mid-Years Of The Corvette 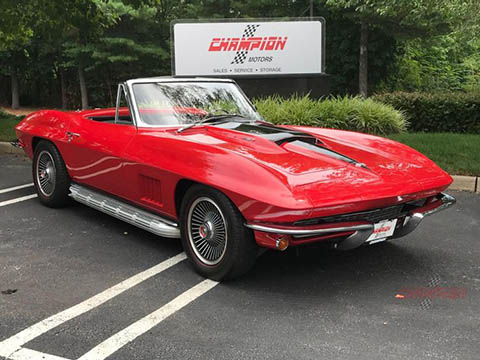 The C2 became so popular at some point that even Shelby could not bring the spotlight back to its Shelby Cobras for a good few years.

Referred to as the mid-years, the C2 generation’s design concept was inspired by a mako shark. The appearance of the car wasn’t the only thing resembling a dominator from the seas; the spirit of an apex predator was also noticeable under the hood.

The C2 was the first generation of the Corvette to receive four-wheel disc brakes as well as a big-block V8. (The first Corvette with a big block V8 was introduced in 1965, it was so popular that Chevy discontinued the fuel-injecting model that didn’t come with a big block, generated 50 hp less, and cost $245 more.) 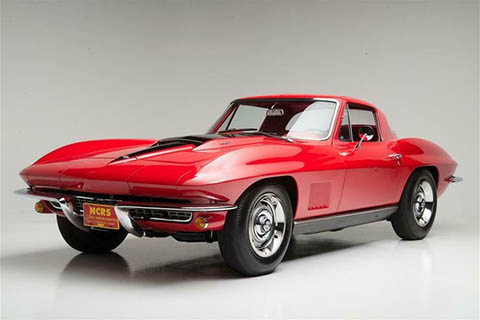 In 1967, the final year for the second generation of the Corvette, the first line of the L88 engine was introduced as an optional variant to be put under the hood of the Corvette. The L88 was insanely powerful in its own generation. Chevrolet’s official rate for this engine was 435 hp, but some believe that Chevrolet's numbers weren't accurate. Why? Because unofficial testers estimated the actual output at 560 hp or even more!

Behind the extremely conservative power rating was GM hoping to discourage the casual drivers from buying the L88. It was meant to be built in limited quantities and the folks at GM wanted most of them to end up on racetracks. Only twenty L88s were installed at the factory in the first year.

Coming with Aluminum heads, the L88 was built to bring awe and fear to the eyes of everyone, including its driver. The stock L88 could sprint the quarter-mile in the mid-to-high 11-second range.

The L88 was only available to order if you'd already gone for certain other options such as a performance suspension, upgraded brakes, and Positraction differentials. Oh and, no A/C or radio for the L88 because only a megalomaniac with an unhealthy sense of competence that didn't have the word "slow" in his dictionary would truly appreciate the L88.

The L88 option was also available for the C3 (the third generation of the Corvette) models in the early years. Overall 216 Corvettes with the L88 engine were produced up until the end of its production line in 1969. 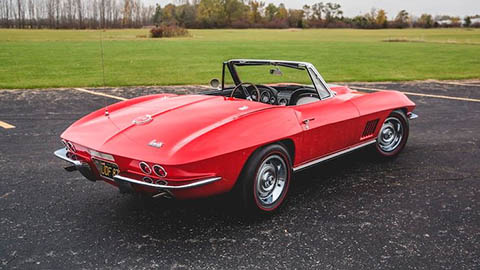 What is the core in the soul of a classic sports car? The spirit of racetracks. Chevrolet was able to turn its cute little plastic-bodied Corvette from the first generation into a powerful little plastic-bodied one. The C2 era was impressive, bold, and beautiful on its own. But with the introduction of the L88 in 1967, it was even better.

Specifically designed to smoke competitors on the racetrack, the Chevy Corvette L88 is the ultimate classic car to have. The 1967 model year is so rare and unique that recently one was sold for almost $2.7M at Mecum auction.