This is the Evolution of the Chevrolet Corvette

The Chevrolet Corvette is an American icon and one of the most successful sports cars in the world. 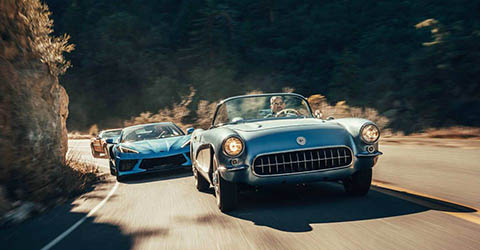 Although there have been a fair share of ups and downs, some of the coolest and most historic cars in the world have come out of the United States over the past decades. Alongside names like Mustang and Camaro, the quintessential American sports car is widely considered to be the Chevrolet Corvette.

Launched in 1953, the Corvette initially had a six-cylinder engine and wasn't all that well received. Then, someone at GM had a great idea; why not put a V8 in it? With that, the Corvette took off, and it has evolved into a fantastic bang-for-the-buck sports car, although not without a few hiccups. 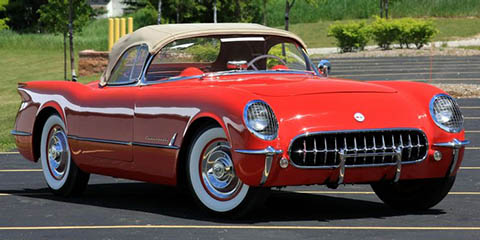 The first generation Corvette, named after a small warship, was introduced at the 1953 GM Motorama, hosted at the Waldorf-Astoria in New York. Unusually, the convertible came first, before any hardtop version was introduced. 300 total C1 Corvettes were made for the '53 model year, all of them painted white. 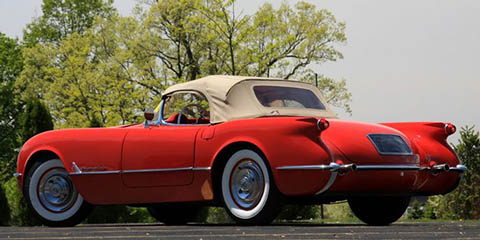 Under the hood was GM's 235 cu in. (3.8 liter) Blue Flame six-cylinder engine, developing a lowly 150 hp. This engine was heavily criticized by just about everyone, mostly for being underpowered. GM responded by introducing a 4.3 liter V8 for the '55 model year, and to everyone's surprise, it was a huge improvement and success. At that point, it became clear that a V8 is the only way to go with the Corvette. 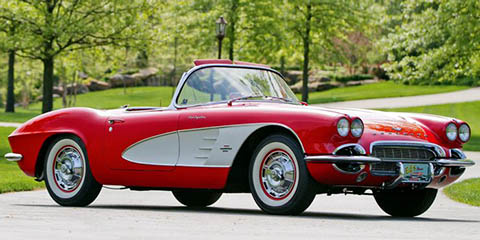 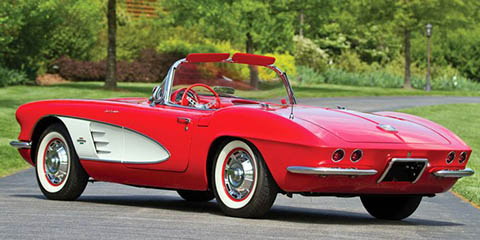 One decade after the first C1 Corvette appeared, Chevy introduced the second generation, dubbed the C2, and adopted the Stingray nameplate for the first time. This generation was once famously owned by astronaut Neil Armstrong, and although there's a lot of debate, some Corvette enthusiasts agree that it's by far the best-looking one, and one of the greatest automotive designs, period. 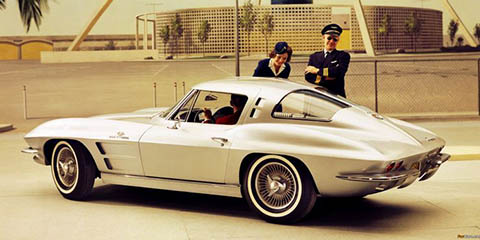 As well as being the first Corvette to introduce pop-up headlights, where the pop-up mechanism operated separately from the headlights themselves, it also ditched the previous car's solid rear axle in favor of a more modern independent setup. It was smaller and more aerodynamic, and a bunch of V8 engines in varying capacities and outputs were offered.

Of course, you can't talk about the C2 Corvette without mentioning the totally bonkers, even by today's standards, L88. Offered only during the C2's final model year, 1967, the L88 was an expensive option package that bolted a Big Block 427 cu in (7.0 liter) V8. 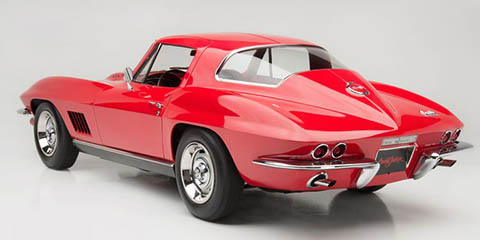 In 1968, Chevrolet introduced the third generation Corvette, known as the C3. The styling got slightly boxy and a bit more bulky, and the Stingray moniker was dropped. The C3 retained the pop-up headlights, and there were also new high performance versions available, including the first ever use of the ZR-1 name in the Corvette's history. 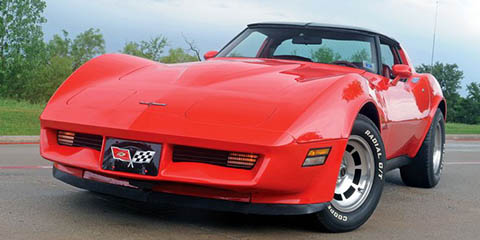 Unfortunately, the C3 Corvette continued well into the oil crisis of the early 1970s, which meant that Chevy had to make some changes over the car's life. These changes weren't exactly for the better, as the 1980 model year C3 Corvette is widely considered to be one of the absolute worst cars to come out of the United States. Still, at least the C3 can look great when modified. 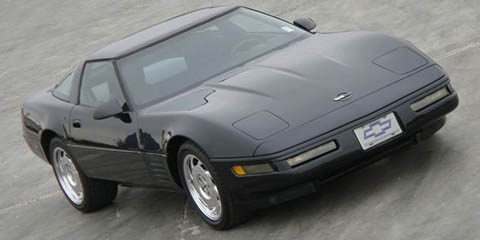 Beginning in 1984, Chevy made pretty major attempts to wash out the sour taste that the final few C3s left in people's mouths. The C4 was even more boxy than the C3, befitting of the decade that it debuted in, and although not many people loved it back then, it's becoming a performance car bargain. Not to mention, how can you not love the pop-up headlights that do a full 180-degree rotation? 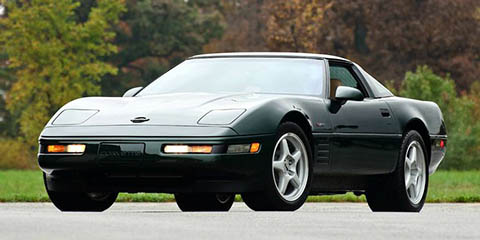 The crown jewel of the C4 Corvette lineup that no one seems to know is the ZR-1, marking the second time in general and the second consecutive time that the ZR-1 badge was used on a Corvette. Although it looked fairly unassuming on the outside, the work under the skin was pretty substantial. With the help of British sports car gurus Lotus, GM squeezed 375 hp out of an all-new, 32 valve aluminum block V8 engine (the LT-5), and the handling was also retuned and finessed by Lotus. 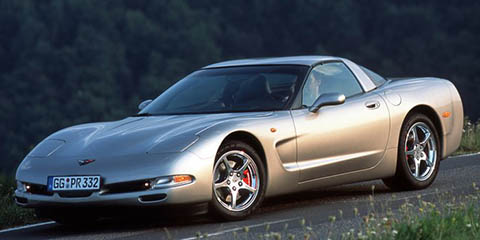 By the 1990s, automotive design moved away from the boxy, wedge-shaped stuff of the 80s and brought in the curves. Chevy also followed along, and the C5 Corvette was much curvier than the C4, and it was noticeably bigger, but it was still a Corvette.

The engine lineup was much simpler, as there was only one V8 to go for in the base model with 350 hp, which jumped to 400 hp in the go-faster Z06. This was also the last Corvette generation to offer pop-up headlights, before Chevy was forced to go to fixed units because of regulations. Also debuting on the C5 Corvette was a heads-up display, projected onto the dashboard, that showed various vehicle readouts. As things currently stand, the C5 is one of the best performance car bargains out there. 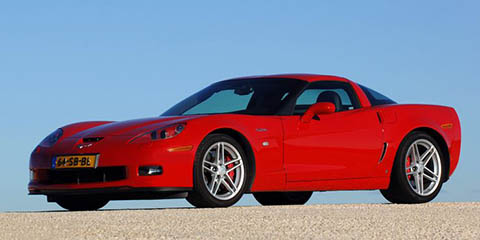 Beginning in 2004, the sixth generation Corvette was introduced, and it was the first one not to offer pop-up headlights, to the disappointment of enthusiasts everywhere. The styling was evolutionary, and the same 5.7 liter LS1 V8 remained under the hood, now making 400 hp in the base models. 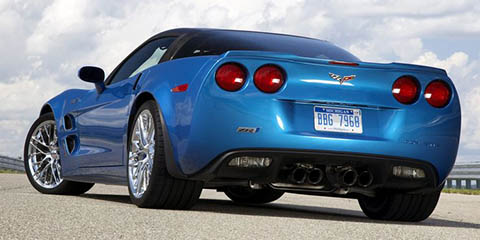 The high-performance versions of the C6 are what took things to a whole new level. Beginning in 2005, the Z06 returned, now brandishing a 7.0 liter 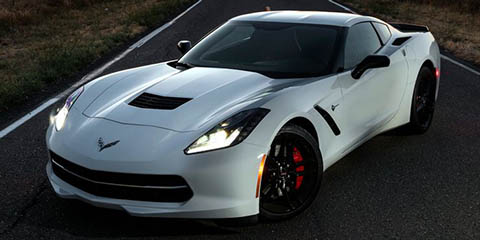 The C6 ZR1 reinforced the point that Chevy wasn't messing around with the Corvette, and the C7, introduced in 2014, brought the Corvette into the modern world of sports cars even more. The styling was leaning more towards revolutionary, and it still looks great even in 2021.

As well as bringing back the Stingray name, the C7 introduced an all-new 6.2 liter LT1 V8 with 455 hp and 450 lb/ft of torque, allowing for a very impressive 0-60 of just 3.8 seconds. It was also available with GM's excellent magnetic ride suspension system, and interior build quality and materials were vastly improved. The high performance versions were totally insane; the Z06 made 650 hp, and the supercharged ZR1 made a totally ridiculous 755 hp. 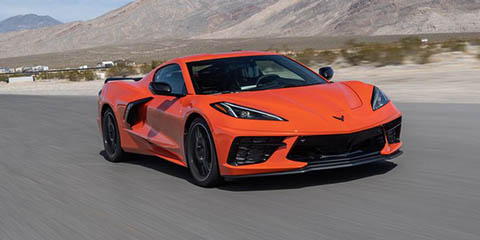 Finally, for the 2020 model year, Chevy is turning the Corvette's chief engineer, Zora Arkus-Duntov's dream into a reality. The Corvette has now turned into a mid-engine sports car, and it set fire to the media and the Internet when it debuted. 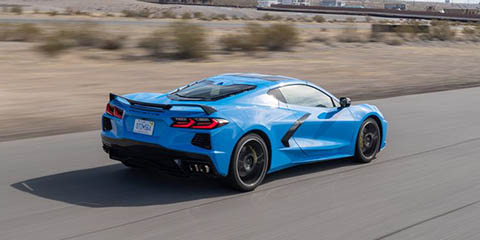 The new mid-engine Corvette develops 495 hp from the new LT2 V8, which is paired to an 8-speed dual clutch automatic transmission. With the right options selected, the C8 can do 0-60 in less than 3 seconds. It's what Zora always wanted the Corvette to be, and it's one of the best sports cars on the market right now.