Here's How Much A 1971 Chevrolet Corvette ZR2 Costs Today

The '71 Chevrolet Corvette ZR2 is the best choice if you want a muscle car that combines looks, speed, and a touch of classiness 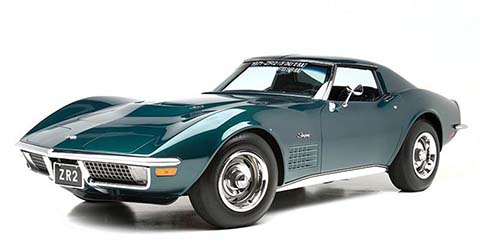 When it comes to muscle cars, Corvettes are just some of those vehicles that have never gone out of fashion. Despite the multiple alternatives in the muscle car market, the Classic Corvette still retains its popularity today. In fact, you wouldn’t recite the best classic muscle cars without mentioning a Corvette. Insofar as classic corvettes go, the ZR2 vehicle came with features that made it a marked success.

Produced by Chevrolet, the 1971 Corvette ZR2 was built tough and came with better power, making it a suitable upgrade from the Chevrolet Corvette Stingray ZR1, which was released a year prior. Despite their alterations in engine power and driving performance, these muscle cars went through the same storm.

For instance, the new emissions regulations under the Clean Air Act, created in 1970, forced manufacturers to lower compressions in their cars with the aim of accommodating unleaded fuel. Hence the ZR1 came with less compression, with the ZR2 following suit with a much lesser compression.

With great compression and an excellent powertrain, the Chevrolet Corvette ZR2 is a valuable collectible that is easy on the pocket and fit for everyday use.

Appearance Of The Chevrolet Corvette ZR2 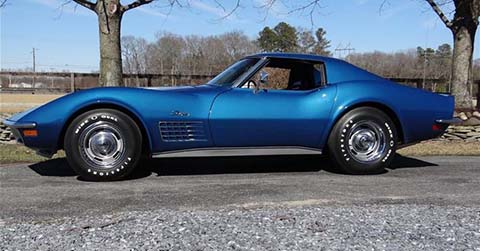 Also known as the Stingray, the 1971 ZR2 was the third generation of the Chevrolet Corvette. While it was a successor to the ever-so-mighty 1970 Corvette, the cars were virtually identical, both on the inside and out. The newer model inherited the chassis and some fascia components, such as the fender flares, which worked to reduce damage caused by wheel-thrown debris, the front fender side vents as well as the maneuvering lamps at the front.

The 1971 Corvette was the final car that was equipped with the fiber optics light monitoring system and the headlight washer system. By this time, Chevrolet had closed the door to the M22 4-speed manual gearbox, which was heavy duty. It also came with a vinyl roof cover and deck-lid luggage carrier, among other attributes.

The ZR2 Stingray was produced from 1970 onwards and released as a 1971 model. It wasn’t until 1973 when Chevrolet also replaced the chrome bumper following the then-introduced regulations for 5-mph front bumpers that led to a more color-keyed theme. The tail remained untouched from 1970 to 1973, until it was changed a year later. 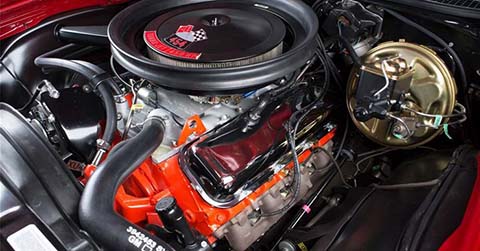 Besides the design or other buttons and knots, power is one thing that separates a muscle car from a regular one. As much as we know, Muscle cars are in a different league when it comes to power, and the ZR2 is no exception. With its predecessor producing about 370 horsepower, the brand equipped the ZR2 with a powerful 454 LS6 V8 engine, which can produce up to 425 horsepower, making it the big-block animal on top of the food chain.

With that said, the LS6 — the 425-hp 454 is without a doubt the ideal choice for folks looking for a Corvette with a high speed of 151 mph. It also comes with an aluminum radiator just to cool down the massive engine. The best part is that these cars are not hard to find, and the engine is a non-miss. The LS6 resembles the LT1 in appearance, but in size, the LS6 is that much bigger. Chevrolet also installed the same engine in the Chevelle. 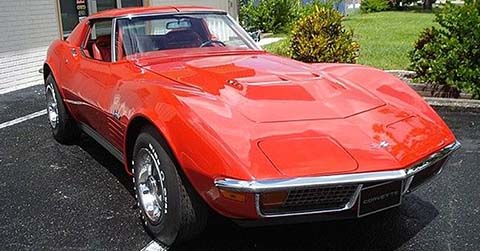 The 1971 Corvette includes the ZR2 package, which provides the maximum driving performance anyone could ask for. It has a twin-disc clutch, anti-sway bars suspension system (which is standard in 454s), and heavy-duty brakes to keep those horses in check. It also includes a Muncie M-22 transmission, which provides smooth, immediate feedback.

Another aspect that made the ZR2 from the ZR1 model was that Chevrolet decided to lose the air conditioning system and the radio in the latter model.

Most of all, the ZR2 gives great handling, which can make a huge difference on the dragstrip.

Interior Of The Chevrolet Corvette ZR2 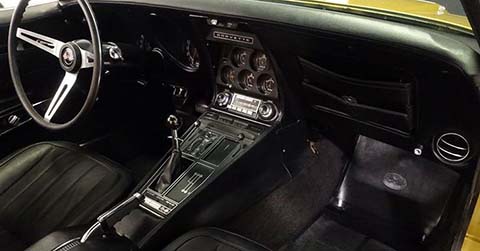 From the looks of its interior, it’s easy to tell that Chevrolet spent a lot of time on the drawing board, especially for a classic muscle car in the 70s. While the interior closely matches its predecessor, Chevrolet certainly emphasized tech and comfort on the 1971 Corvette.

The 1971 Corvette ZR2 came in newly designed head restraints, which were build-in right onto the seat. You also have the shoulder belts that later became standard in the next generation Corvettes. The entire area is covered in soft carpeting, allowing you to rest your feet.

On the command center, you have the oil pressure, ammeter, a fuel gauge, brake warning light, and pretty much everything else you would need in a muscle car. It’s all there. You can choose between using the low or high vents to enjoy the Astro Ventilation feature, which allows air in the car. 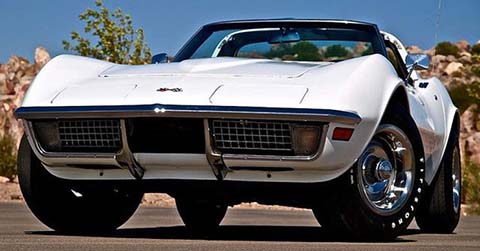 According to Top Car Rating, the starting price of a 1971 Corvette Stingray is around $130,000 which, considering its attributes, is certainly worth it.