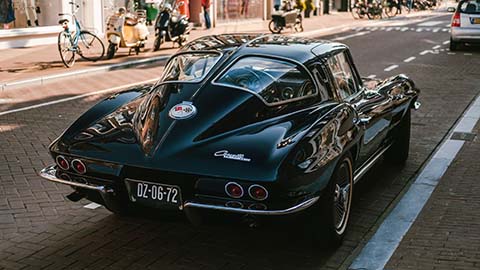 A 1960 Chevrolet Corvette which had been missing for roughly four decades was recently auctioned off by RM Sotheby's.

The Corvette—which made history after racing at Le Mans—sold for only $785,500, far below the original estimated maximum sale price of $1.3 million.

The New York Times details how the car is viewed as incredibly significant in terms of racing. The Corvette was one of three which made up the “Briggs Cunningham team,” a group of coupes that went on to win the 24 Hours of Le Mans race, the first of their kind to do so.

However, despite their importance in vehicular history, it turns out that the cars were created by a number of “rogue” employees who were looking to stick it to The Man who had placed a corporate ban on racing. So, right after Le Mans, the cars disappeared, getting sold off to private buyers and driving under the radar for a period of time.

Fox News reports how a few of these owners made a couple of changes on the Corvettes, rendering them unrecognizable from when they partook in the race. While two of the Cunningham cars were restored to their previous 1960 forms (all thanks to a man in Carlisle, Pa., actually), this one in particular has a ton of custom bodywork as well as a brief stint as a purple drag-racing car.

That didn't stop it from being recognized as a hidden gem, however, when it was at last discovered at an estate sale in 2011.

The buyer of the Corvette remains undisclosed.