10 Things We Just Learned About The 1971 Chevrolet Corvette ZR2

The 1971 Corvette ZR1 was a beast back in the day, yet many gearheads have never even heard of it. 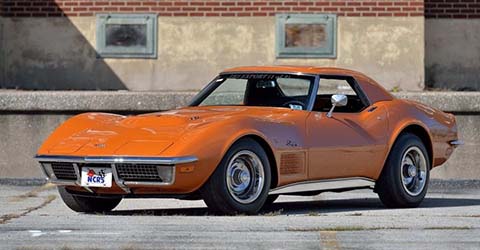 American carmakers manufactured some of the most impressive vehicles of all time during the Golden Age of the industry. It is well-known that the five years between 1965 and 1970 saw some of the nicest American-made sports cars to ever hit the road. Some carmakers, such as Chevrolet, were way ahead of the curve back in the 1950s.

Chevrolet has dominated the high-end muscle car scene with one and only vehicle: the Corvette. Some models are the sort of classic Corvettes every collector wants to get their heads on. They are sometimes worth over a million dollars, before tax. Though not all of them are worth as much as a California beach house, they can be legends that will most likely continue to appreciate in value.

Beginning Of A Dark Era 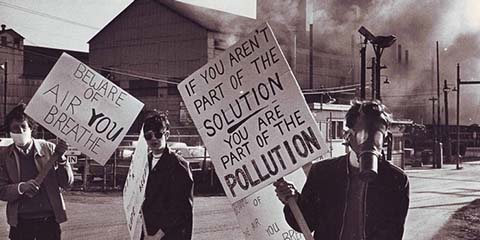 Before the creation of the EPA (Environmental Protection Agency) in 1970, several areas of the United States looked like they had been struck by a super hurricane. Cities, where the local economy relied mainly on metallurgy and similarly polluting industries, were perceived as danger zones. A simple glance at the Ohio River would make anybody sick. 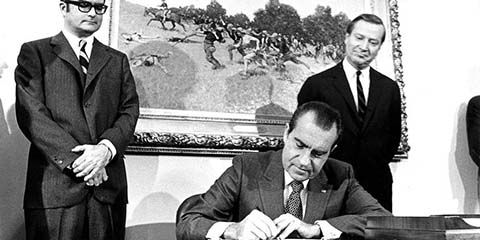 Some of the worst cars in automotive history were released following the ratification of the Clean Air Act. The impact of this piece of legislation on the automotive industry was disastrous. With that being said, carmakers did come out with outstanding vehicles during the three years that followed the enactment of the act.

Top Of The Food Chain

When Chevrolet released its newly facelifted Corvette in the late '60s, the company showed that it was not second to Ford, or anybody else. In fact, Chevrolet reaffirmed the fact that it was, and still is, the only company capable of producing a mass-produced American supercar. 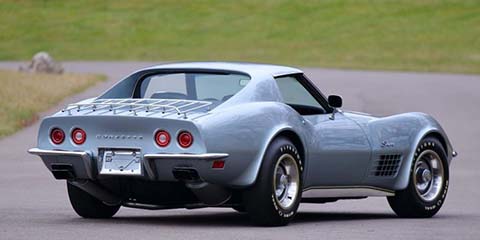 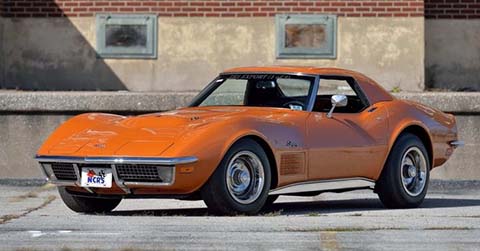 There is almost nothing above the Corvette. In fact, the Corvette is the only high-end muscle car with such a long production run. Consequently, Chevrolet released a large number of limited editions of the majesty over the last 68 years. In 1971, the Corvette became, once again, something out of this world. 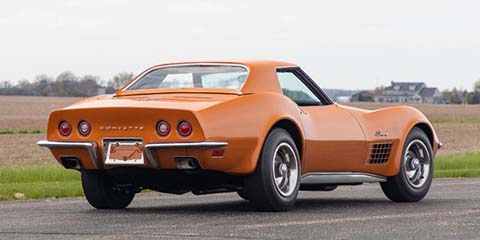 To any car fan, the C3 ZR1 is a must-have. It is a true all-American classic muscle car that will undoubtedly double in value over the next couple of years. In 1971, Chevrolet decided to offer two top-line, overly powered, and highly exclusive Corvettes. The ZR2, unlike the ZR1, did not come with the same 350 cu in V8 found on the LT1. It came with something far more enjoyable. 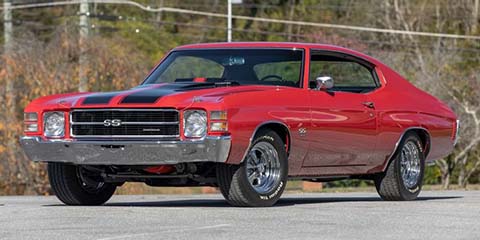 Back in the late '60s and early '70s, Chevy's lineup was seriously scary. In 1971 the carmaker featured the Impala SS, the El Camino SS, and the obvious Camaro and Corvette. Though all these cars are icons, they did not receive the power they truly deserve.

The 1971 Chevrolet Chevelle SS 454 is an absolute beast. Every gearhead knows that, even Ford fans. At the time, Chevy claimed that the '71 Chevelle would be equipped with the LS6. The LS6-powered Chevelle was produced, but it never made it to any dealership. The road-legal version did not inherit the 454 cu in LS6 big-block V8 found in the ZR2. Instead, the car was fitted with a 454 cu in LS5 big-block V8 rated at 365 HP. 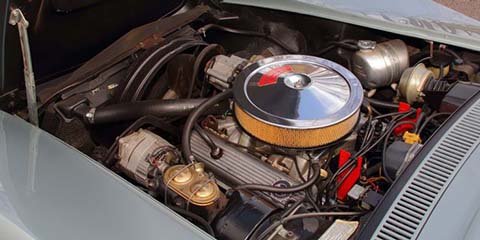 Imagine you are a gearhead with a limited budget, but enough to buy a truly monstrous rubber-burning machine. It would come down to either buying a Challenger Redeye or Super Stock. Back in 1971, Chevrolet did something even crazier than that. 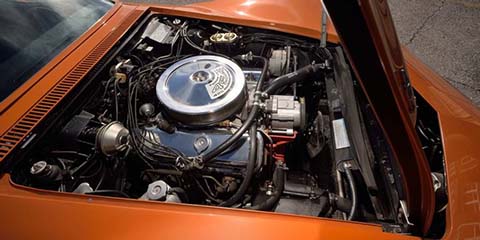 The 350 cu in LT1 small-block V8 coupled with the goodies included in the ZR1 package made the ZR1 a road-legal sports car. Chevrolet must have wanted to really raise the bar when it released the ZR2 package. The 454 cu in LS6 big-block V8 is factory-rated at 425 HP and 475 lb-ft of torque. Though less powerful than the LS6 found on the '70 Chevelles, it was still a lot of power to handle. 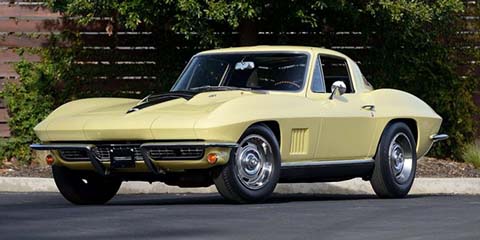 Very few Corvettes come close to the '67 L88. It is one of the rarest Corvettes ever made, and sort of became the holy grail of Corvettes. With one unit sold at auction for $3.395 million, it is fair to say that the '67 L88 is one car that should not be driven aggressively every Sunday. 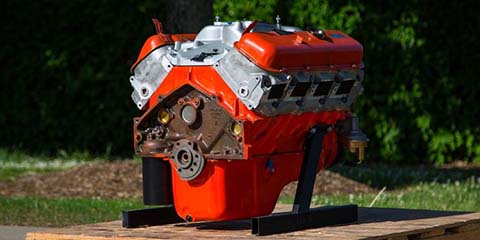 The ZR2 is by far the best Corvette produced by Chevrolet during the early 1970s. Following the success of the L88 Corvette on and off the track, Chevrolet bet on engineering a powerplant to would live up to the L88's reputation. It is fair to say that the 454 LS6 is a masterpiece, just like the L88.

End Of An Era 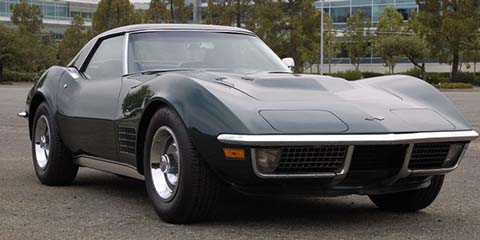 The Corvette is undeniably the most respectable sports car to ever roll out of an American factory line. Though other legendary cars such as the Mustang or the Camaro are far more popular than the Corvette, the high-end muscle car still holds the number one spot. 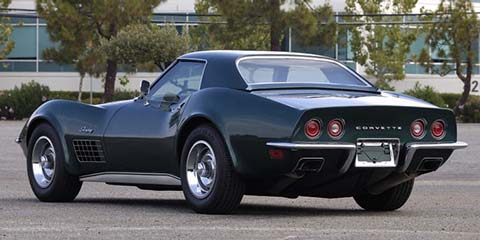 After only a year, the ZR2 was discontinued along with the LS6. With 12 units ever made, the ZR2 became highly valuable. For 1972, Chevy included the 454 cu in LS5 V8 rated at 270 HP. From that point onward, the Corvette started becoming increasingly less powerful. It did not prevent the car from maintaining its status. 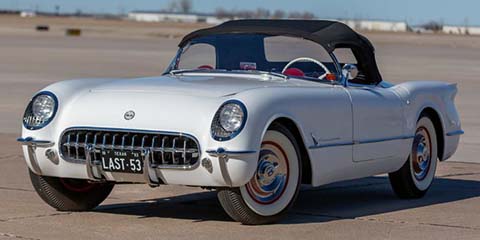 Most gearheads do not know the very first Corvette C8 ever made sold for over $3 million dollars back in 2020. It is well-known that the very first unit made can often go for at least five times its original value. Other Corvettes were so exclusive that they simply became inaccessible to the vast majority of Corvette fans. 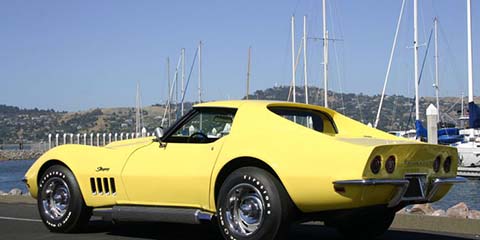 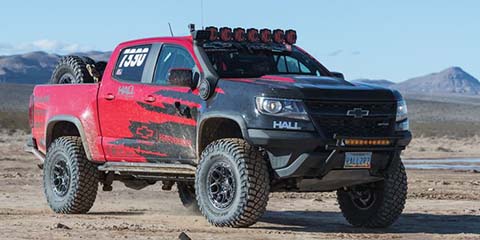 There are times when carmakers just want a very limited number of loaded gearheads to have fun. As previously said, the ZR2 was no longer produced in 1972. For those who had planned to purchase a brand-new ZR2 that year, the disappointment must have been huge. 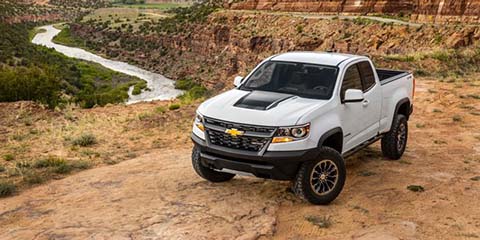 The ZR2 badge was applied to 12 Corvettes over a one-year period. Needless to say, the ZR2 had all the attributes to become an instant classic. In the most recent years, pickup trucks have become more modular. In an effort to rival the Ford Ranger Raptor and the Toyota Tacoma, Chevy released the Colorado ZR2. The truck lives up to the Corvette ZR2's reputation thanks to a 3.6-liter V6 that develops 308 HP and 275 lb-ft of torque. 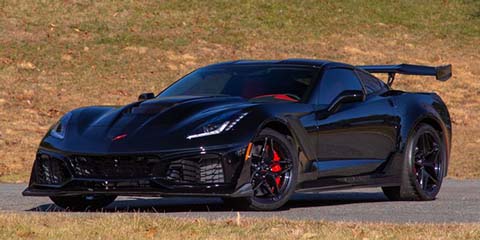 The vast majority of today's fastest American cars were preceded by equally amazing vehicles. However, it is fair to admit that the more time goes by, the more rare classic domestic sports cars look attractive. Engineers at General Motors were fully aware of that, which is why they brought back some of the most exquisite special editions. 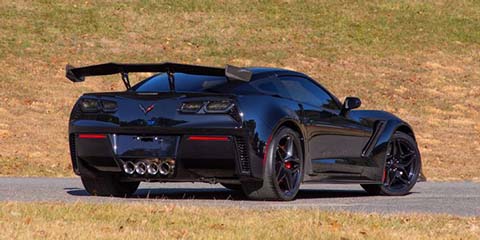 The 2019 Chevrolet Corvette ZR1 is the ultimate Corvette. Just admit it. There is nothing in the most recent years that comes anywhere close to the 2019 ZR1. The supercharged 6.2-liter V8 pumps out a massive 755 HP and 715 lb-ft of torque. Chevy could have slapped the ZR2 badge on the Corvette instead, just for old times' sake. Since the Camaro is likely to be discontinued in 2023, Corvette fans can hope to see a ZR2 being produced.