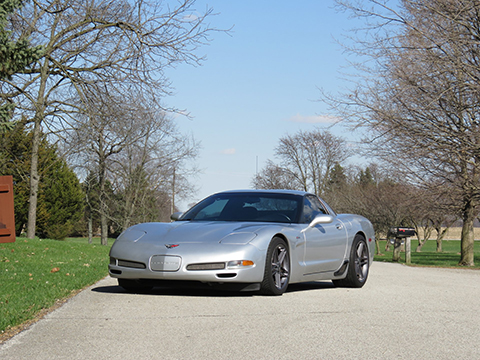 Many C5's came with AC Delco Freedom batteries that had a tendency to experience exterior cracking near the battery posts. The leaking battery acid drips down the side of the battery, down the funnel-like battery support, straight down onto the PCM and the wiring loom. It can also get onto the A/C lines. In some instances, car crippling damage can occur. Worst case scenario can result in the need to replace the battery, the PCM, and the wiring harness. Additionally, acid corrosion will need to be removed from the frame and the frame repainted to avoid further damage as a result of prolonged exposure to natural elements. In some instances, repairs will need to be made to the air condition lines. It may also require replacing the computer.

The needle bearings in the OEM rockers have been known to fail. The most common indicators that the engine is experiencing this type of a problem is increased valve train noise and the appearance of needle bearings on a magnetic oil pan drain plug.

The PCV system has a tendency to draw oil back into the intake at high RPM's. It does not seem to cause any mechanical problems, other than a slight mess inside the intake manifold. A newer style PCV system can be installed, but this requires removing all the components in the top of the engine valley. This problem will cause carbon buildup in the cylinders.

On manual transmission cars equipped with either an MN6 or M12 transmission, the transmission sounds as if it is chattering/rattling whenever the car begins to accelerate from a complete stop. Despite the foreign nature of the sound, It is completely normal. The sound is the bi-product of the clutch throwout bearing, which creates a ratting sound whenever it is engaged/disengaged. In some instances, the transmission will make a similar, discernable rattling sound when the Corvette ignition is turned on/off. The source of the sound is the same. By depressing the clutch when turning the car on or off, the sound can be eliminated.

The C5 Corvette's manual transmission shifter can be difficult to get into gear. During normal vehicle operation, it is worth noting that if the shifter is not fully engaged when operating 1st gear or Reverse, it will cause the transmission to literally "pop" out of gear when the clutch is let out. This is not considered the fault of the car by Genera Motors, but the fault of the driver.

In all C5 Corvettes, there are two fuel tanks and two fuel pumps. The first fuel pump continually pumps gasoline from the passenger side tank into the driver side tank. This pump is not known to create any type of audible sound. The main fuel pump, which resides directly behind the drivers seat, creates a considerable amount of noise, especially on early model C5 Corvettes. These sounds are normal, and are not an indicator of a failing fuel pump. NOTE: Chevrolet does have a bulletin out instructing Corvette owners how to better insulate against the humming sound of the fuel pump. Additionally, a newer, quieter fuel pump can also be installed.

The front brakes of many C5 Corvettes have been known to pulsate during braking conditions. This is the result of warped rotors. The brake rotors developed for the C5 Corvette are known to warp from excessive braking conditions. This does not indicate that the brake rotors require replacement. In many instances, the rotors can simply be turned. However, when inspecting the brake rotors, it is important to observe if the rotors are cracked, as a cracked rotor will require replacement. Cracked rotors are the result of excessive hard braking and could be an indicator of how the car has been driven/maintained.

Old-style headlight bezel plugs, which conceal the bezel mounting hardware, have a tendency to fall off of older C5 Corvettes. To resolve this issue, General Motors released a new style plug that features a twist-lock to prevent the plugs from falling out, but these plugs also require a new headlight bezel. Only the newer style bezels and plugs are available through General Motors and both are compatible with all years of the C5 Corvette.

During periods of cold weather, the rubber hood stops have a tendency to rub and chatter against the hood. Proper adjustment and lubrication of the hood stops is known to reduce/eliminate this issue.

All C5 Corvettes, especially those equipped with a manual transmission, are known to have as have an issue with the steering column locking after ignition is disengaged and remaining locked after vehicle operator starts the vehicle again. In rare instances, it has also been reported that the steering column has locked during vehicle operation. Chevrolet dealerships are able to disable the locking mechanism by replacing the current locking plate with a modified locking plate. At present, this is the only known method to resolve this issue.

The C5 Corvette seats have several known issues that can occur if improper use and or improper maintenance occurs. Sliding hard across the bolster (the raised/contoured sections of the sitting area on either side of the central seat pad) can break it, causing it to flap from side to side. This area is also the most common area of the seats to experience leather wear/tearing as a result of having the most abrasive contact with the occupant as they enter/exit the vehicle.

The wire springs in the seat bottom, and the bars in the bolsters are sometimes known to wear thru the foam and leather. This situation can be fixed by placing a layer of burlap between the springs and the foam padding.

Another common seat issue often identified with many early C5 Corvettes is that both the driver and passenger seats tend to rock back and forth by about a 1/4″ during hard acceleration and braking. This issue can be repaired, but is not currently identified as an actual issue with General Motors.

Many C5 Corvette Coupes with the removable roof tend to create a fair amount of wind noise and creaking during normal vehicle operation. While there is no known solution to completely eliminate the wind noise, the creaking can be reduced/eliminated by adding a lubricant to the weatherstriping seal around the roof. A dielectric or petroleum based grease is recommended and will doubly protect the weatherstrip by keeping it from drying out.

In certain instances, some types of gasoline (especially those with a high sulfur content) will cause the fuel gauge to falsely read empty. In some instances, running a fuel system cleaner through the gas tank has been known to resolve this issue. 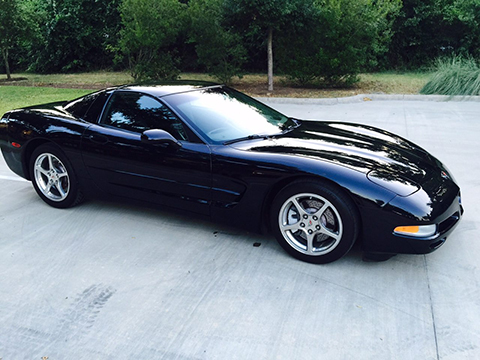