The story of how Chevy made and sold the Corvette ZL1. 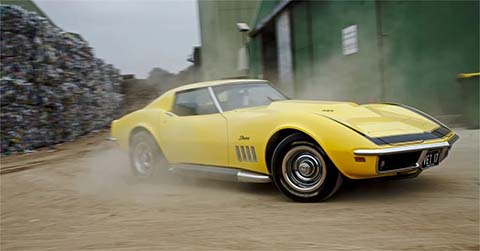 During the peak of the muscle car wars, each muscle and sports car was vying with the other to be the most powerful thing around, and that included the Chevrolet Corvette. Before we talk about the Corvette ZL1, let's talk about the horsepower scene at the end of the'60s.

While it was all open in the mid-60s, by the time 1970 came around, the horsepower wars had become more of a clandestine game. The insurance companies had wizened up to the uncontrolled horsepower, and insurance premiums, to cover these insanely fast cars were making them very expensive. So official horsepower figures were kept muted. Dealers and carmakers alike offered specially made, massively-powered cars on the sly. Many of these extra-powered models were often offered with no change in aesthetics or badging, like the Chevy COPO Camaro and Yenko Novas, apparently, Chevy's hidden muscle gems.

The Corvette team was no less stealthy, and when the Mako shark concept came into actual being as a Corvette Stingray in 1968, and they got in an L88 cast-iron engine that made almost 500 horses, everyone thought of this as the boss Vette. But then came the ZL1, something that is incredibly rare, very expensive and so stealth, very few knew about it.

So here's the story of how Chevy made and sold the Corvette ZL1, and did so with such craftiness, not many realize the kind of power this rare Vette has… 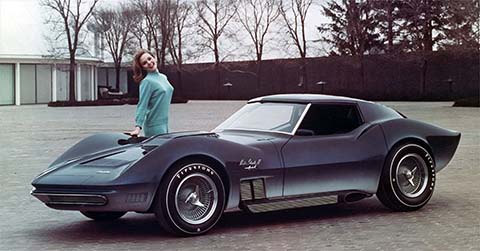 In 1965, GM's design whiz, Larry Shinoda designed the Mako Shark II concept car which debuted at the New York Auto show with two examples and instantly shot to fame. It was sleek but predator-like, inspired by the "creatures of the deep", namely very toothy and dangerous sharks. It bore an ombre blue-to-gray paint and a retractable rear spoiler. The hood was front-hinged and the roof was a push-button retractable one, to help the driver ingress and egress out of the tiny insides.

It blew everyone away, and soon Chevy decided to use it to make the new, third-generation Corvette, the C3. Originally supposed to debut in 1967 debut, the shape of the car generated lift at high speed, making for unstable handling especially for your run-of-the-mill Vette fan. After some extra work, the C3 Corvette finally debuted in 1968.

It was the perfect sports car. It looked fast and was fast, running on all-wheel-drive with disc brakes. And there was a stunning variety of engines, 21 variants in all, starting from a 5.0-liter V8 to a 7.4-liter one.

But there was a special model for the true fans. 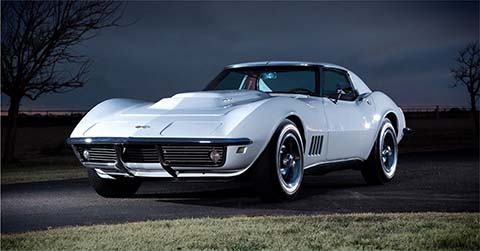 The true Vette fan, who wanted to race their Corvette on streets, or on track, took the Corvette L88. This version came with a cast-iron 7.0-liter V8 with a 12.5:1 compression ratio. It was track-ready with a healthy four-barrel Holley carburetor and came with everything performance-oriented, enough for a factory-rated 425 horses, which in reality was closer to 500. The brakes were heavy-duty and to handle all that hard-core power, the L88 also rode on better suspension, and could be had for a whopping $1,100 over and above the price of the Corvette. 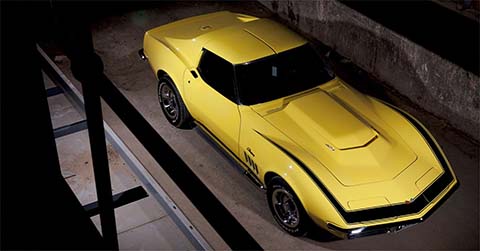 The Corvette C3, equipped with the L88 package was a beautiful and fine piece of machinery, but there was another Vette that trounced it. And that was a Vette that came with a ZL1 package, over and above the L88 one.

The ZL1 substituted an aluminum version of the cast-iron L88, which made it weigh a whole 100 pounds less than the L88. Of course, since it was an engineering feat, it did not come cheap. If you bought the 1969 Corvette ZL1, you shelled out $10,771, which at that time was one whopping amount to shell out for a car. Even if it was a Vette.

This version of the Vette was sans radio and aircon, and neither came as an option, telling everyone that this Stingray was meant for the serious racer or performance enthusiast who cares two hoots about comfort.

With a price this high, and unofficial ratings of 585 horsepower, this was not a Corvette meant for the masses. Records show some 94 ZL1 engines were made this year and mostly fitted into race cars. Only two ZL1 Corvettes were sold to the public though only one of these has the requisite documentation.

By 1970, the Corvette ZL1 had to conform to the changing norms of emission control and the dream run ended. But it's a car of legend, and recorded a 0-60 MPH run in 4.0 seconds. Glorious!