History of the Chevrolet Corvette, the Greatest American Sports Car of All Time

What makes a good sports car a great sports car? It has to have heritage, continuity, performance, or styling? Well, the answer is all of the above. But if you add some more, you get more. And this is how the Corvette became the greatest American sports car. 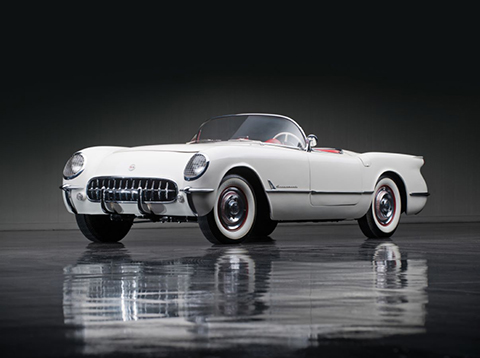 I am often reluctant in stating that a car is "the best," but the Corvette is the exception. So let's be clear: it was the first, true, American sports car; it's being built for more than six decades and was never ugly. It might have gone through some shady moments with ridiculously low power engines, but it stayed ahead of its direct competitors even in those times. But it wasn't always like that.

It started on the wrong foot

At the beginning of 1953, General Motors displayed a full lineup of concept cars at the Waldorf Astoria Hotel in New York. Among them was a small roadster named Corvette. Its name was inspired by a French vessel class, which was known for being fast and agile. The mastermind behind the car was none other than Harley Earl, GM's VP at that time.Unfortunately, the carmaker rushed the car into production in 1953 and didn't have the necessary experience in creating a true sports car. GM installed an inline-six under the hood, like the Jaguars, solid axles in the rear, and a revolutionary Fiberglass Reinforced Plastic (FRP) bodywork. The result was lame, to say the least. Out of 300 cars produced that year, Chevrolet managed to sell less than 200. They were all white with a red interior and no door handles. To open the door, the driver had to reach an interior lever and pull it. 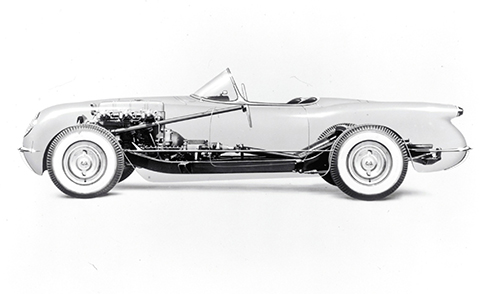 But the worst part was that the inline-six engine, named "Blue-flame," mated to a two-speed automatic. For short, the car was impractical, underpowered, and under-engineered. But GM didn't give up. After the Motorama event, an engineer submitted an application to work for GM. His name was Zachary (Zora) Arkus-Duntov. He came with a background as an automotive engineer for the sports car maker Allard. He also raced cars and knew how to improve the Corvette. As a side note, Duntov had a class win on his records at the 1954 Le Mans race driving a Porsche 550 RS Spyder. He started to work on the car. Improvements continued on the C1 Corvette in 1956, when Chevrolet installed roll-up glass windows instead of clear-plastic removable panels and dropped the inline-six engine from the offer. In the same year, the taillights were moved inside the rear quarter panels. Before that, they were behind a pair of tail-fins, which didn't fit the look of a sports car. 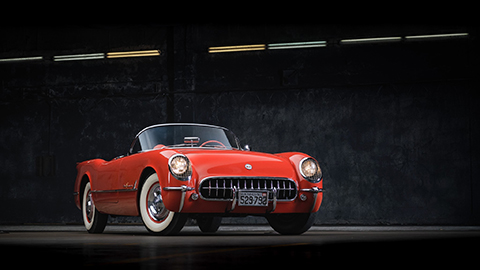 Further improvements followed, such as the fuel-injected engines in 1957, four headlamps instead of two in 1958, and the four round taillights design for 1961. All these modifications paid off and, from 300 units produced in 1953, the Corvette C1 reached almost 15,000 units in 1962.

In 1960, Duntov started to work on a new generation of the American sports car. His idea was to fix everything that the C1 was not. He already knew what he had to improve and started from the ground up. He and the engineering team were fascinated by a mid-engine Corvette and tried to convince GM's management to produce the C2 with a V-8 behind the cockpit. At that time, John DeLorean was the company's CEO, and he pulled the plug on that concept; the Corvette had to keep its engine at the front. Still, the Sting Ray reached a balanced chassis with a near 50/50 weight distribution. It also featured independent suspension in all corners, power brakes, and an almost 50/50 weight distribution. Finally, America had a genuine sports car able to go head-to-head against the Europeans from Jaguar, Porsche, and Ferrari. 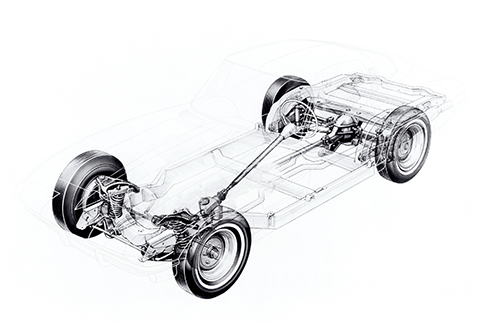 Bill Mitchell designed the C2, and he insisted on a split-window design. Duntov was upset since he considered that the vertical beam would prevent the driver from seeing behind. Still, the car was introduced in 1963 with Mitchell's design ideas. Ultimately, in 1964 the rear beam was gone, after facing drivers' criticisms. Sales exceeded 20,000 units in the first year. The demand for the new sports car was so high that GM had to hire more workers and build the car in two shifts. It was a marvelous success. Moreover, the car was available with a four-speed manual.However, the Europeans laughed about that since their sports cars had such tech since their early '30s. Yet, they became silent when the RPO (Regular Production Option) - Z06 appeared on the market. With its 360 HP, power brakes, and improved suspension, it was a fierce competitor on the track. That concern grew bigger in 1965 when the Corvette came with a big-block V8 engine under the hood that topped 425 hp and disc brakes on all corners. And, by the way, that power? Forget about it! It was underrated, and Chevrolet admitted that later on. It was more like 500 ponies. 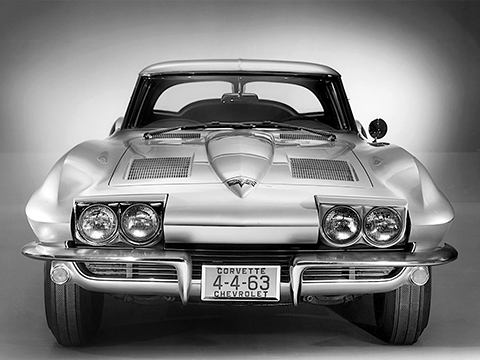 Duntov was on the verge of punishing all of those who laughed at his brainchild and introduced the L88 option in 1967. The 427 (7.0-liter) V8 powerplant developed, on paper, 430 hp but in reality, was in the 560 hp range. Moreover, the posi-traction differential made a huge difference, and there were just a few cars that could stay in front of it at a drag race. But it was too much. As a result, only 20 customers opted for that option.In 1964, a new threat appeared on the market: the Mustang. But Chevrolet and Duntov were cooking something, and the result was far beyond expectations: the C3, a sports car that outlived most of its competitors. But more on that some other time. 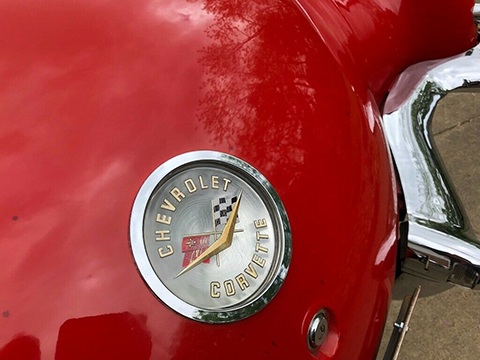 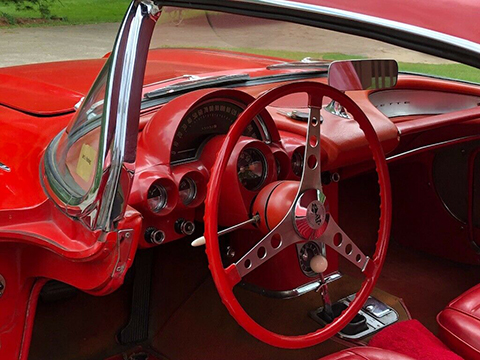 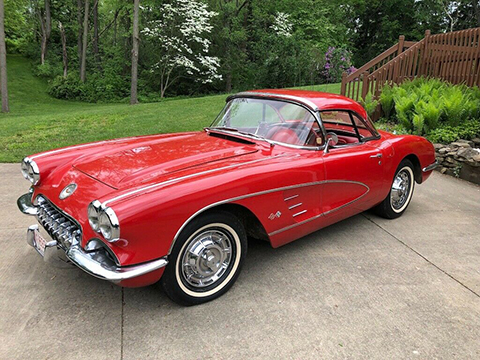 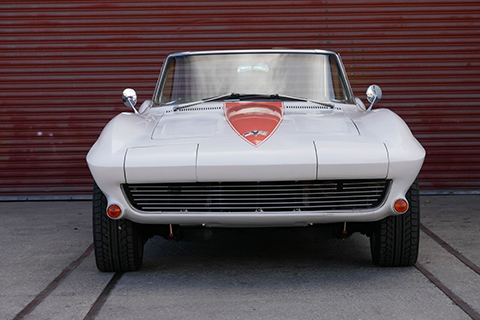 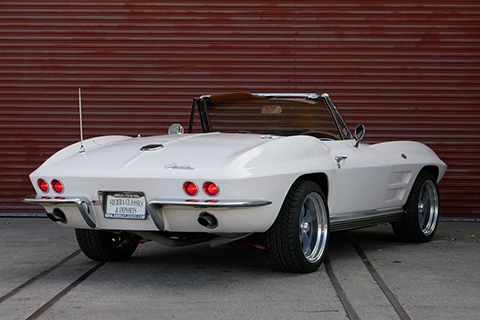 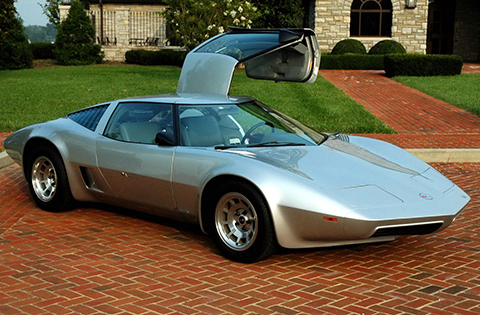 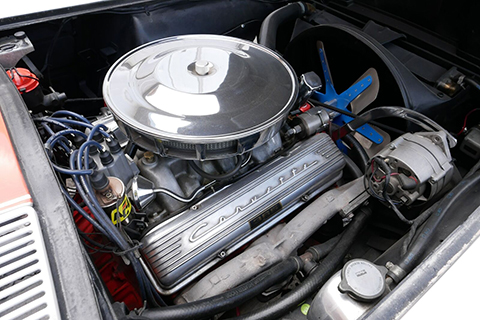 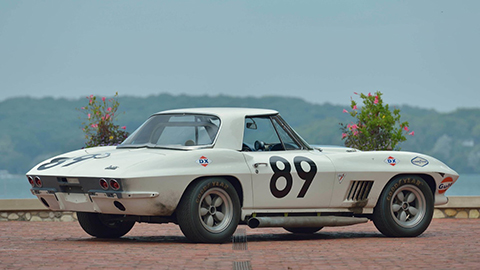 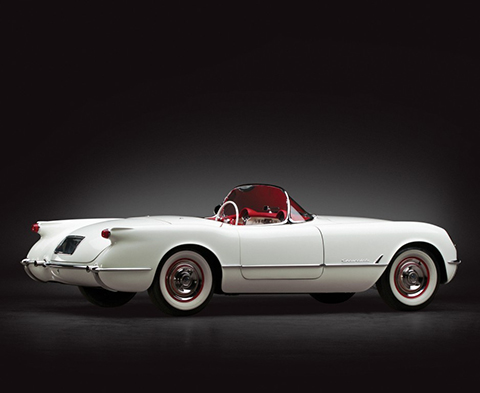