The 1953 Chevrolet Corvette is a classic car that never loses its value.

By Oluwafemi Joshua Ayomikun on October 13, 2021 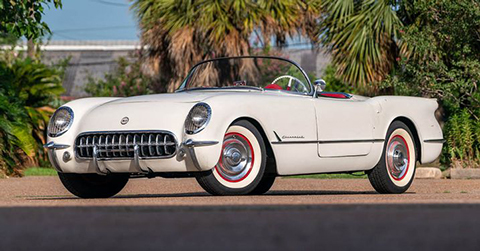 The Chevrolet Corvette has always been an American favorite. Over the years, it has evolved into one of the most coveted sports cars in the world. Even though it has seen many changes, the heart and soul of this classic car remain the same. It was initially designed to replace other sports cars, and despite the changing time, it has retained that edge. To get a glimpse of how much this fine automobile has changed over the years, check out what kind of price tag it carries today.

The 1953 Chevrolet Corvette is a classic car that never loses its value. Even after almost 70 years since the Corvette was first produced, many gearheads still remember this classic. The design of the '53 Corvette remains stylish even in the 2020s as it integrates both classic and sporty elements. It wasn't just its design that made the '53 Corvette unique, as it also had a high performance as well as a speed that could go from 0-60 mph in 11.5 seconds.

In terms of pricing, the 1953 Chevrolet Corvette is considered a collector car with a base price of $90,000 for a standard model. 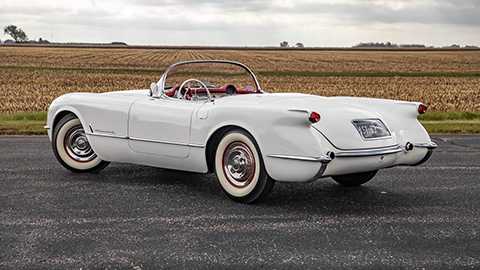 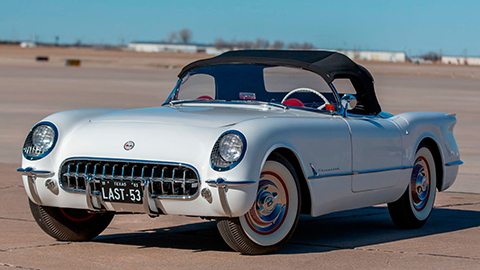 The 1953 model year gave us some of the most celebrated cars globally; it was the same year we had the Ford Anglia and the Volvo Duett, even when we got the Aston Martin DB2/4. But we can argue that the most memorable car of that year was the Corvette.

The '53 Corvette started a legacy that has spanned over six decades and is still growing strong. The 2021 Corvette is proof that this sports car did not only maintain its value, it was also the first in a long and lasting lineage of innovative car design.

It is hard to reconcile this long-lived legacy with its hazy origin. The Corvette was built as General Motors' response to the growing sales of the Nash-Healey brand. Its production followed the trail of America's refusal to be last at anything but the production of expensive sports cars.

It was a notable additional impact of the Second World War, beyond the horrors of the war itself; too many imports. Foreign brands like the Italian Alfa Romeos and the English Jaguars had become popular in the American market. And America's pride car manufacturer needed to assert their presence with something firm, perhaps solid enough to overshadow the foreign brands.

The entire production was hushed and hurried; this sports car had no wind until its exhibition in January 1953. General Motors modeled this pride car out of existing car components and fitted them into the fiberglass panels that started America's sports car.

The Corvette C1 got its chassis and suspension from its older post-war siblings, and its engine was a 3.9-liter, 235-cubic-inch inline-six engine, the same type of engine that had been powering Chevrolet cars since 1929.

Of course, this engine had some modifications. It had mechanical lifters, a higher-lift camshaft, a higher-compression ratio, and three Carter side-draft carburetors. Since the Corvette was a sports car designed for speed, they added a two-speed automatic transmission to handle the 150 hp. You have to admit that while it was quite hurried, GM still went all out with this new design.

The Corvette stole the show at the 1953 General Motors Motorama, but its production was not the grand affair you would expect for a first Generation Chevrolet. GM seemed to be building momentum for the 1954 production. 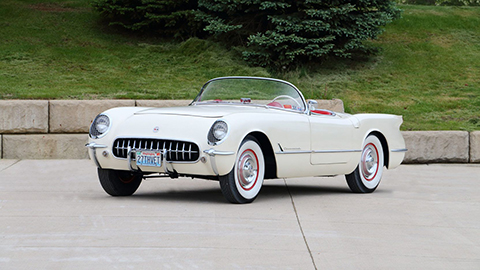 As the forebear of the Chevrolet Corvette lineage, the 1953 Corvette did not meet several expectations. It was costlier than the manufacturers expected, and the finished product was different from the prototype that awed the crowd at the Motorama. But this was still the Dream Car. It had the aerodynamic Harley Earl style with the wrap-around windshield, but that was about 68 years ago. The brand has evolved through eight generations. 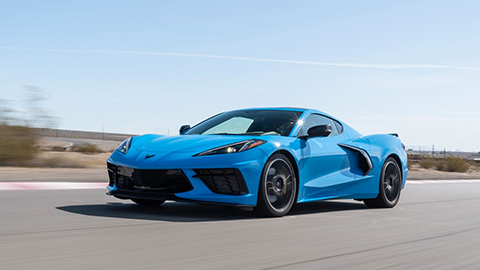 It took the Chevrolet Corvette eight generations to move from the 1953 "dream car" design to a more modern one. From the C1, stingray, ZR1 to the 6.2-liter LT5 v8 engine of the C7, Chevrolet Corvette maintained the basic aerodynamic body and the front engine design that gave it the future design reputation, and it was still relevant. Until 2020

The 2020 C8 finally broke the cycle and blessed the world with a naturally aspirated V8 between its axles. This was finally the car to compete with foreign brands; it fulfilled the dream that launched the Corvette brand in 1953.

While the mid-engine is the most iconic difference in the C8 layout, it also has the perks of 21st-century technology. Unlike the two-speed automatic transmission of the 1953 corvette, the 2021 model has an eight-speed dual-clutch transmission, adaptive suspension, and at least a minimal 490 horsepower. The 2021 corvette is also a coupe with android auto and wireless Apple car play.