Corvettes aren't generally known for their reverse lamp or seat belt innovations, but here we are 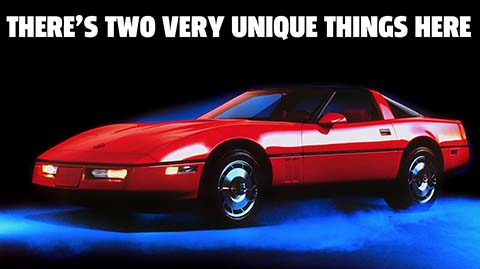 I realize that among the various Corvette generations, the C4 ‘Vettes (1984-1996) aren't really considered the most popular, but this assessment doesn't take into account the very powerful and influential niche of gearheads who are really into reverse lamp innovations and novel seat belt systems. For this group, the C4 ‘Vette is one of the finest automobiles ever crafted by human hands, and if you can calm down I'll tell you why.

Let's start with the reverse lamps, and I think you're going to be surprised and delighted, perhaps to the point of a spit-take or an involuntary quick spurt of urine, so you've been warned. Look at this image of the side of a C4 ‘Vette, and note the lighting: 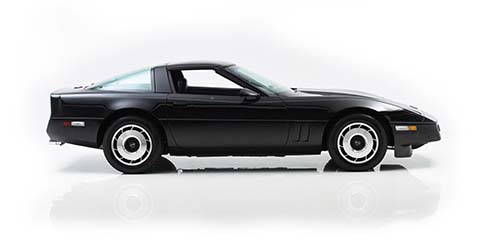 But now see the clear lens next to those lamps? Up front, that's a cornering lamp, one of the most under-appreciated lamps known to automobilia. 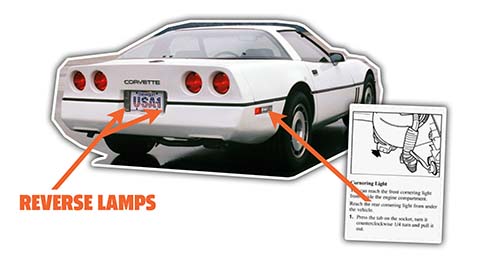 At the rear, that's a cornering lamp as well, but it's one that I think is unique in the history of cars, in that they only illuminate when the car is in reverse, along with the normal reverse lamps flanking the license plate, making the C4 the only car I know to have a rear reverse lamp setup with rear cornering lamps.

It may also be the only four-light reverse lamp setup, too.

When so many cars treat reverse lamps like a barely-remembered afterthought, it's remarkable to see a car like the Corvette pay so much attention to reverse lighting, to the point of having a standard set of auxiliary corner reverse lamps that nobody else ever thought to employ.

I bet if you were backing up in some dark parking lot these were actually quite helpful, both from the driver's perspective and for letting people around the car see that the car was reversing.

Before the backup camera and after the introduction of reverse lamps (in 1922! But not required in America until 1967) the C4's rear cornering lamps have to be the biggest reverse driving assist innovation, and I feel like the C4 never gets credit for this.

You know what else the C4 doesn't get credit for? It's seat belts. These belts deserve some recognition because of this odd little button: 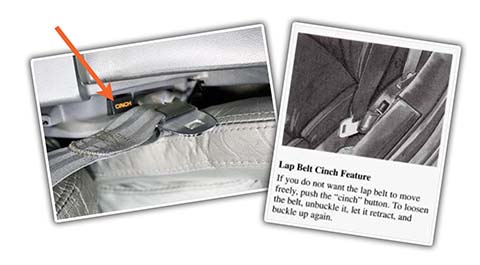 See that? It says “CINCH” and that's not a synonym for “extremely easy” but references the verb cinch as in to make really, really tight. Which is just what the belt does when you push that button.

I know plenty of modern cars have automatic systems that tension up the seatbelt when aggressive driving is detected (the Polestar 2's belt-tightening setup is so aggressive I'm pretty sure I consider it an ex-lover) but I think the C4 is the only car with a manual seat belt tensioner.

Based on chatter I've seen on C4 forums, people seem to generally like the cinch feature, as it helps keep Corvette owner asses planted on those slick leather seats when driving with some degree of gusto.

So, there you go; next time you hear some Corvette snobs disparaging the C4, feel free to get all up within their shit and bellow about the rear cornering lamps and seat belt cinch button.