10 Most Expensive Classic Corvettes to Splurge On

This is how much the most expensive classic Corvettes can cost or fetch, depending on whether you are on the buying end, or the selling one. 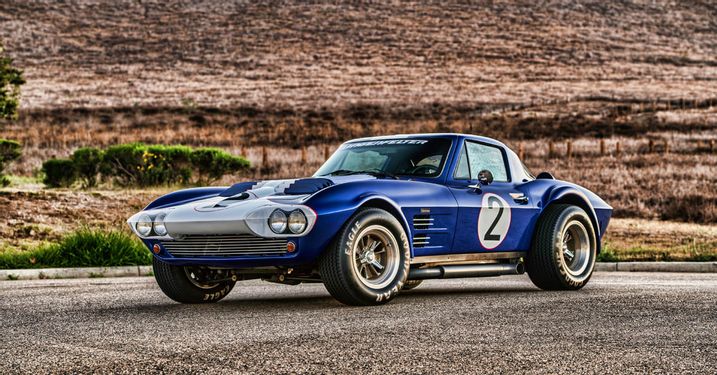 Who doesn't love a Chevy Corvette? Other than the people who might have got stuck with the malaise-era-stricken 180-horsepower ‘California' Corvette, almost everyone is a fan of America's homemade sports car. More so since 2020 saw it in a mid-engined, hybrid avatar that gives sports car-like performance and aesthetics. And now there's the 2023 C8 Corvette Z06 in the fray as well. But there's still the charm of a classic Chevrolet Corvette and it's not as if they come very cheap on the market because buying any popular classic is going to be an expensive proposition.

This is how much the ten of the most expensive classic Corvettes can cost or fetch you, depending on whether you are on the buying end, or the selling one. Of course, you could be just here for some knowledge and that's a good thing too. 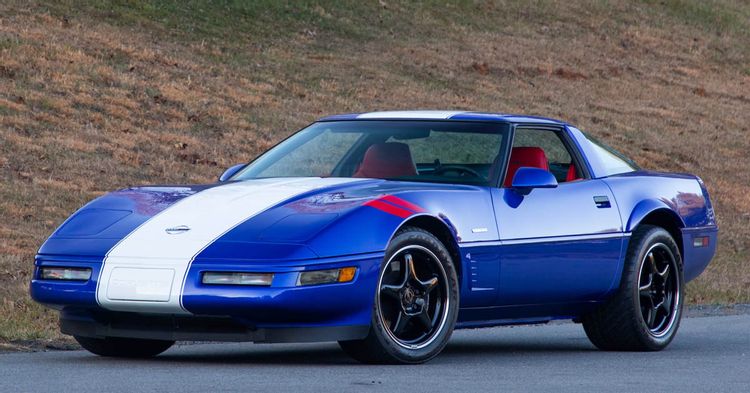 The fourth-gen Corvette came into being in 1984 and tried to bring back some of that tarnished name of the malaise era times when the last of the C3 Corvettes could barely pass muster for a good car, let alone a sports car. 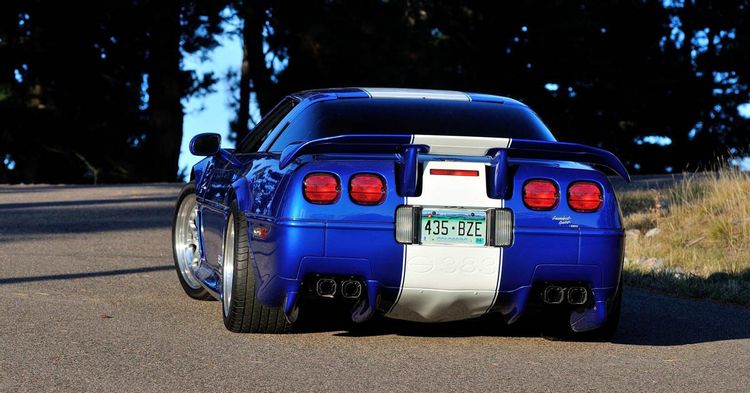 The fourth-gen Corvettes came with a relatively sedate design and more focus on fuel economy than horsepower. It was the only single-year Grand Sport convertible of 1996 that came with more power and performance with an LT4 engine and is worth around $40,000 on the market.

1962 was the last year of the first-generation Corvette, and this was the year where you could choose to add a fuel-injected "Fuelie" engine that came in a 5.3-liter or 5.9-liter displacement at an extra cost, of course. 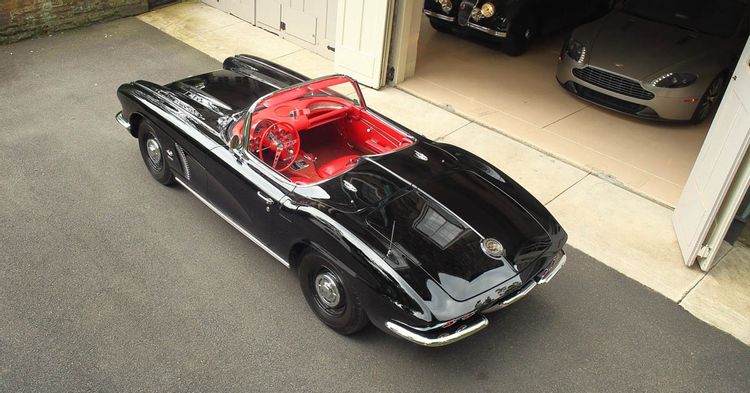 This, at the time, could turn your ‘Vette into serious performance, which may be laughable by today's standards, but put people on the track, back then. And today, you can have this early ‘60s classic, or sell it, for approximately $100,000. 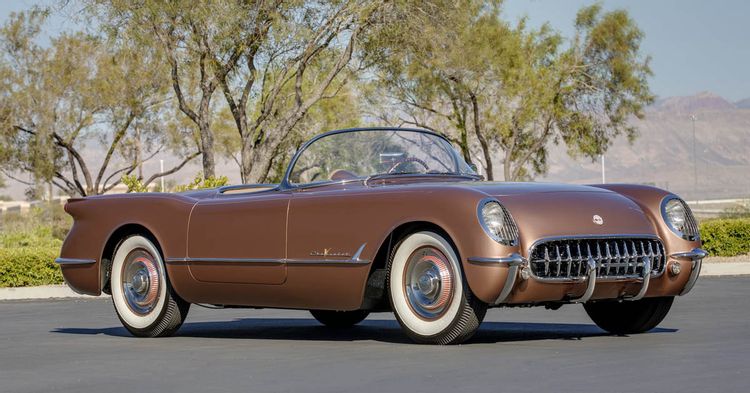 After being introduced in 1953, the Corvette turned serious only in 1955 when it introduced the V8 under the hood, and such was the success behind it that they dropped the erstwhile straight-six pretty quick. 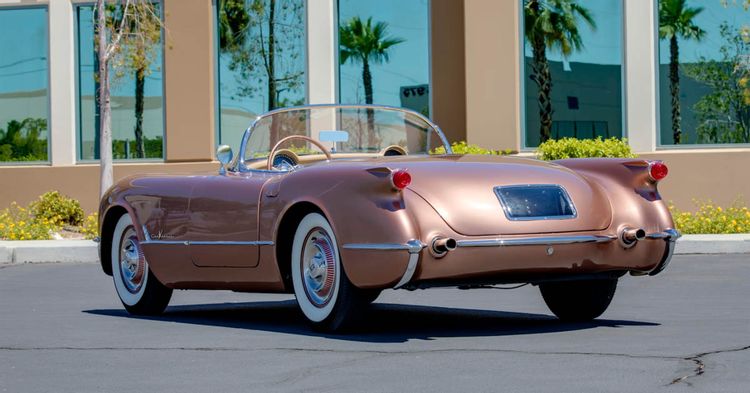 The success of the Corvette inspired the Ford Thunderbird to follow suit and put in the V8 although they stepped out of the sports car coupe competition by adding in two back seats for a four-seater configuration. If you like the first V8 Vette, average prices range at about $110,000-120,000. 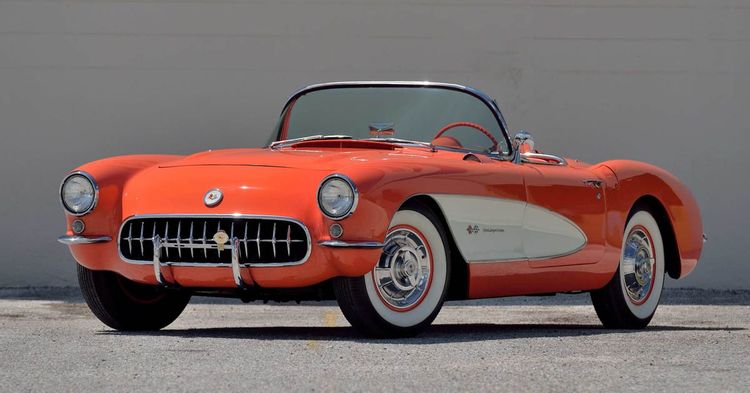 After the addition of the V8 in 1955, interest in the Corvette began to grow exponentially, and so Chevrolet got to work on the engine, improving it for better performance. So in 1957, they introduced the first "Fuelie" engine, as the first fuel-injected engine in the Corvette. 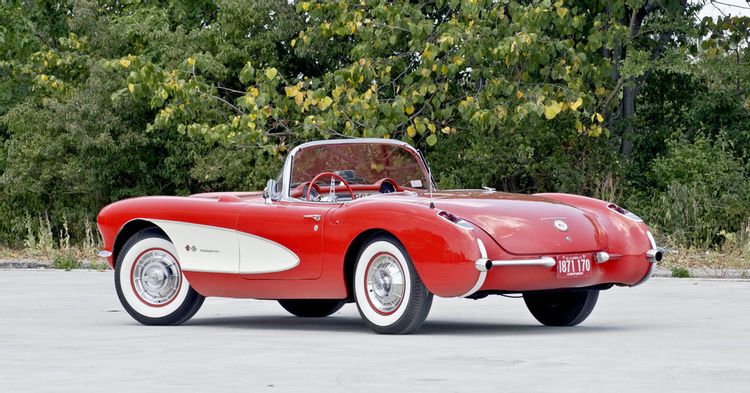 Instead of the gasoline simply being sucked in along with the airflow, the Fuelie engines squirted the gasoline into the air, making for better performance. The 4.6-liter fuel-injected V8 made a cool 283 horsepower and prices go up from $130,000. 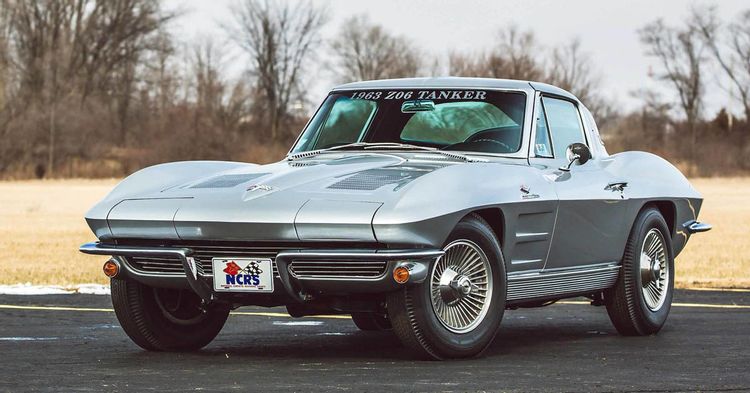 The first thing you notice about this Corvette is its undeniable good looks. Under the hood was more charm with a 345-horsepower Fuelie engine, coupled with track-worthy suspension and better brakes to handle all that power. 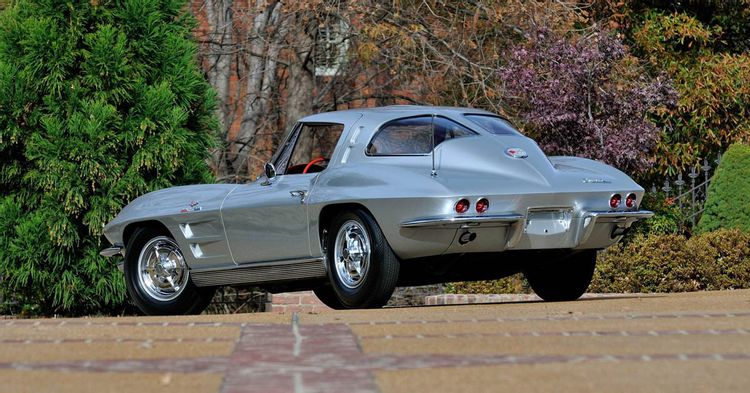 The second thing was that iconic and much-discussed rear split window that all 1963 Corvettes carried. Another cool feature of this car was the big fuel tank, 36 gallons, which minimized gas stops, especially in racing. Well received in the ‘60s, this classic crosses over $200,000 with ease. 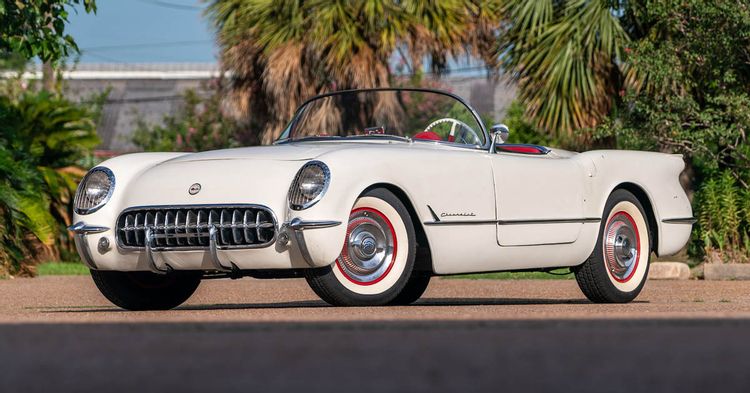 The very first thing of anything often holds on to its value well, which is why the 1953 Corvette is often found with price tags of approximately $300,000. Under the hood, it was a bit of a weakling, with a 150-horsepower six-cylinder engine and a two-speed automatic transmission. 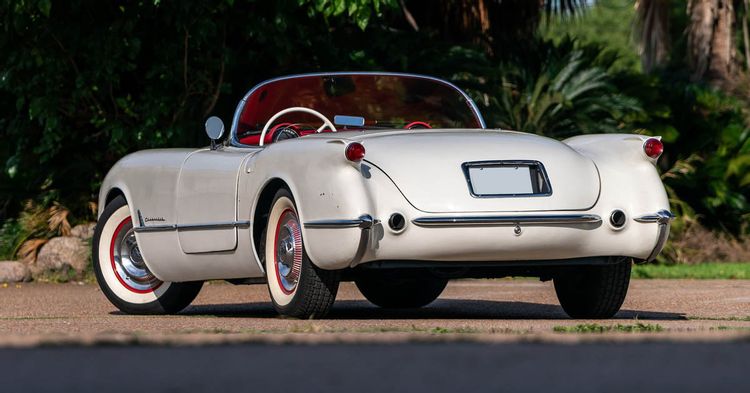 Build quality was poor and remained the same for 1954 as well, but these all-white 1953 Corvettes with red seats hold on to their value because of their virginity. Not so much for the 1954 models. 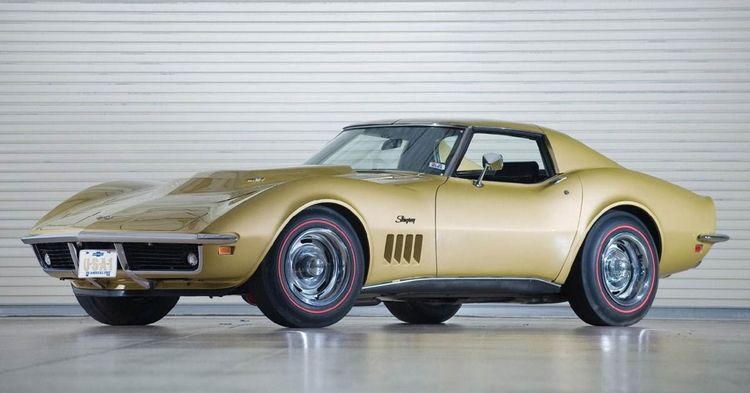 At the peak of the horsepower wars, the Chevy Corvette joined the fray as well, with 1969 seeing a limited edition run of 116 special models, with the L-88 Corvette package, meant for the track. Officially, it came rated at 430 horses, but in truth, it made more than 550 horsepower. This lets the Corvette run a quarter-mile in less than 11 seconds. 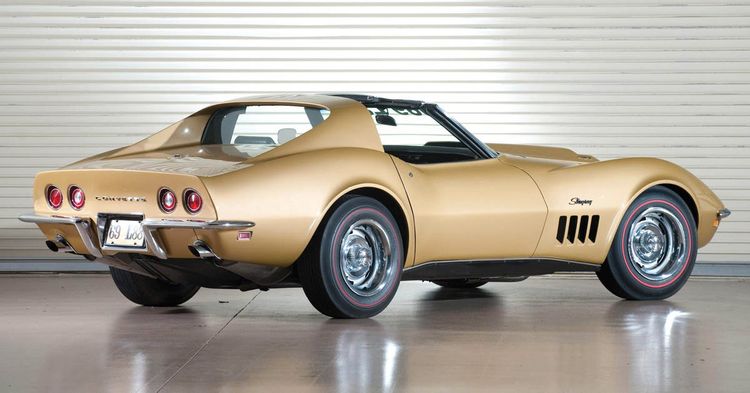 Prices of these are steep, touching the half-a-million mark with ease, considering the power, the legacy, and more importantly, the rarity.

In 1967 mid-year, Chevy got in the L-88 package, and these are considered to be one of the very best C2 Corvettes, though only 20 were made for the year. With these limited numbers, it is but natural for the value of this classic to climb up to a cool million. 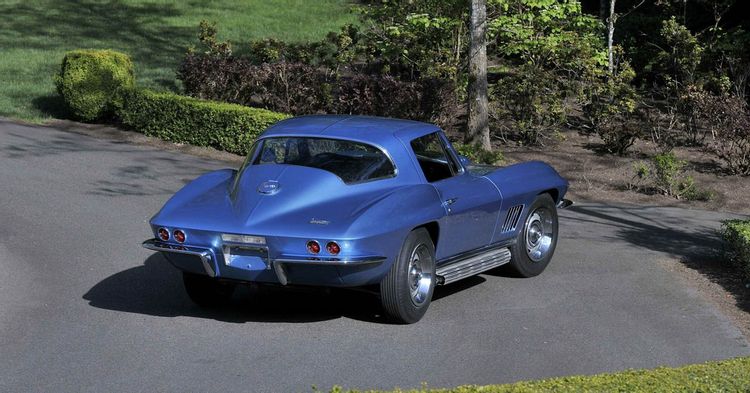 Officially, this Corvette came rated at 430 horses, but the actual output was closer to 500 horses. Despite being a classic, this ‘Vette can still give the newer sports car a run for their money and look gorgeous doing it. 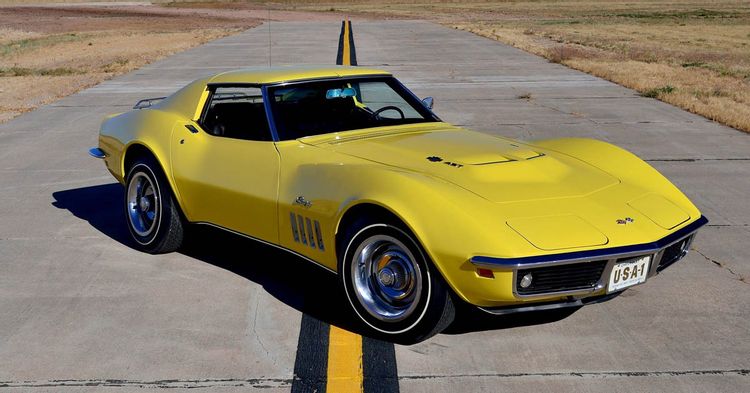 This was the hidden gem from Corvette and so well hidden that only two were made this year. What Chevy did was take the same V8 from the L88 package and make an all-aluminum version of it, lightening the Corvette by 100 pounds. 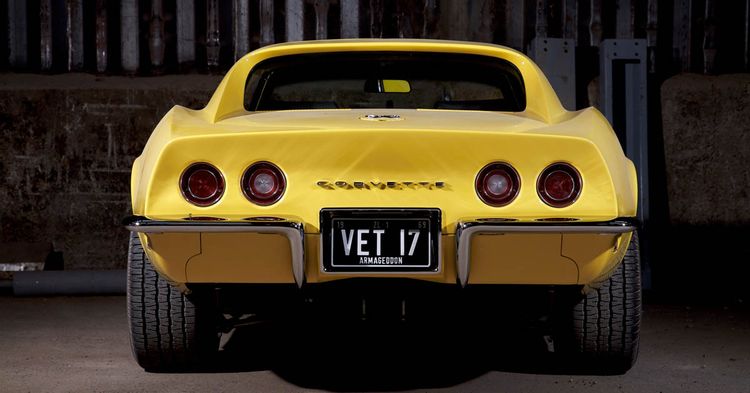 Officially, this Corvette had to be rated at 500 horses but again, it made more, and jetted a whopping 600 lb-ft torque, and was basically pure race car. Many of the ZL1 engines were bought by race car drivers and teams but there were only two ZL1 for 1969, which is why one has sold for $1.4 million.

In 1963, Chevy had grand plans to take the Chevy Corvette to Le Mans and made a special project car they called the Corvette Grand Sport. The engine under the hood of that blue and white car was an all-aluminum 6.2-liter V8 and jetted more than 550 horses. 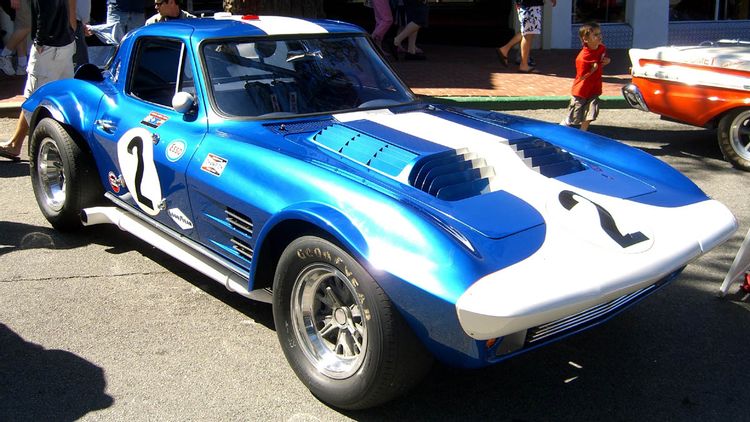 The Le Mans' entry never happened, and only five such Corvettes were built, each valued at a whopping $6-8 million today. Lucky is the person who comes across a barn find like this!