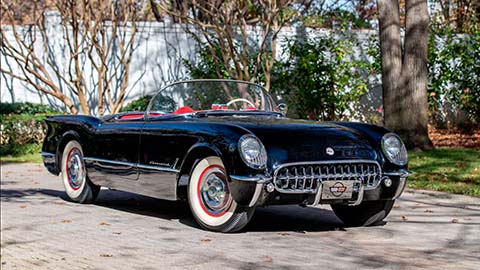 The 1954 model year was just the second for the Chevy Corvette. Production had moved from an old garage on Van Slyke Avenue in Flint, Michigan to a renovated facility in St. Louis, Missouri, designed to accommodate production of 10,000 Corvettes annually. That lofty number wouldn't be achieved until 1960, with 10,261 units exiting the factory. 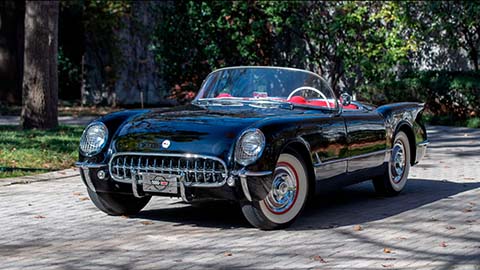 Options were few on the 1954 Chevy Corvette, and in direct controversion to the idea of options, they were all standard. A heater, a signal-seeking AM radio, directional signal, whitewall tires, Powerglide two-speed automatic transmission, a parking brake alarm, courtesy lights, and windshield wiper were the only options, and every one of the 3,640 Corvettes built for 1954 was equipped with all of these. Each Corvette would have a window sticker of $3,254.10, a hefty sum when considering a new Chevy Bel Air had a base price of $1,830.00. 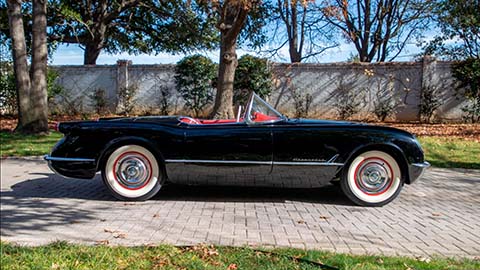 The Chevy Corvette could be had in a choice of colors for 1954. In addition to the previous year's sole offering of Polo White, the '54 Corvette could be had in Pennant Blue, Sportsman Red, and Black, although just four Black cars left the St. Louis factory. Polo White, Sportsman Red, and Black all came with red vinyl interiors, but Pennant Blue cars had an attractive and complementary beige cabin. All soft tops were beige. 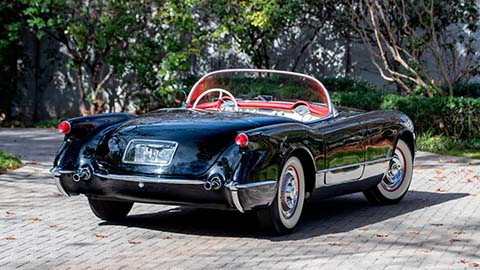 The only drivetrain offered for the Chevy Corvette was Chevy's 235 cubic-inch Blue Flame Six fed by a trio of Carter side-draft carbs, and backed by the two-speed Powerglide automatic. Power was up by five horsepower for 1954, with 155 ponies on tap. About the first five hundred Corvettes had dual interior hood latches, one for each side. Thereafter, a single pull operated the latches. 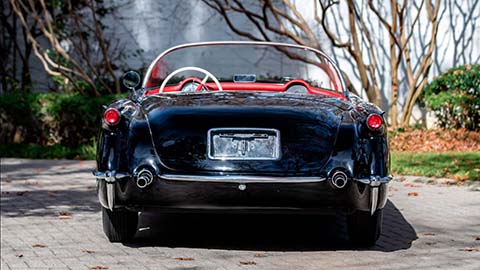 Our feature 1954 Chevy Corvette is one of the four finished in Black. It retains its matching-numbers drivetrain, and is equipped with all of the factory "options." Sold new at White-Allen Chevrolet in Dayton, Ohio, is has survived in fine condition. The Black finish is glossy and well-polished. Chrome and stainless trim are also quite shiny, with little sign of pitting or patina. Red painted steel wheels are dressed with polished factory hubcaps and shod in wide whitewall bias-ply tires. The wrap-around windshield presents well, with no undue nicks noted.

Inside the Chevy Corvette, the bright red interior provides an attractive contrast to the glossy black. Little wear is present on the vinyl seats, carpets show no sign of sun fading, and aside from some light pitting on the steering wheel center trim, there isn't much to indicate this is a sixty-nine-year-old car. 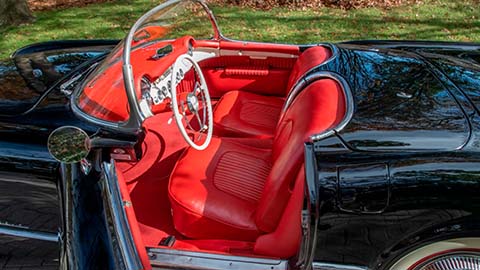 Under the hood of the Chevy Corvette resides the numbers-matching Blue Flame Six. Components and finishes are correct, and the engine bay is reasonably clean. The chrome covers on the trio of Carter carburetors and radiator overflow tank add a bit of dress to the simple engine compartment. 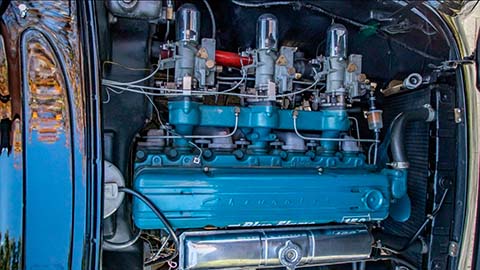 This lovely and rare Chevy Corvette will cross the auction block at the Mecum Auctions Glendale, Arizona sale taking place March 16th through the 19th. 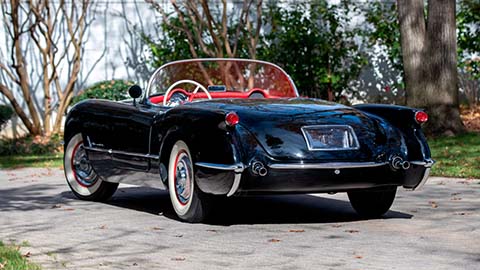 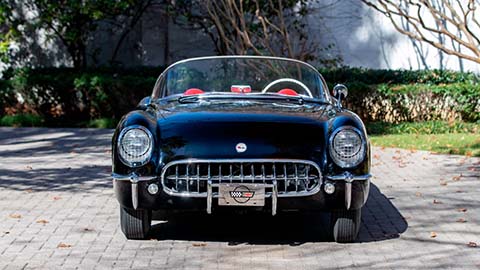 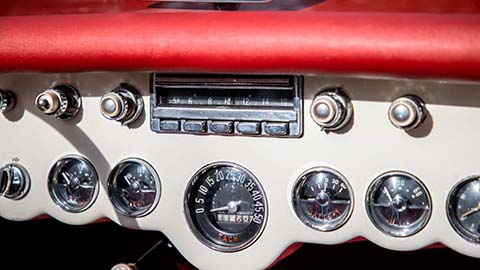 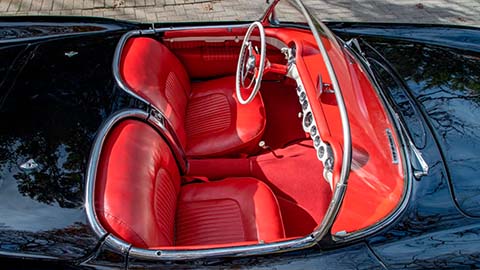 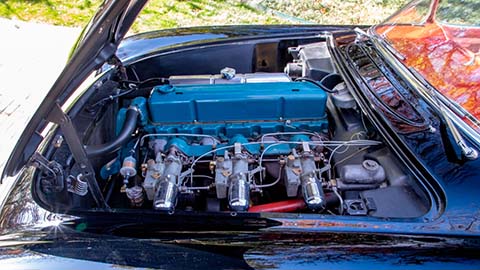 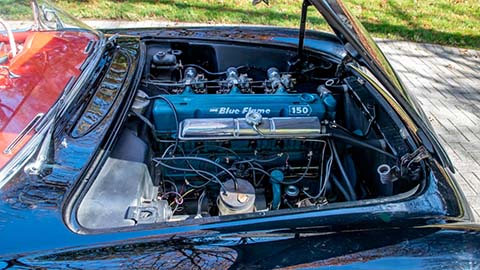 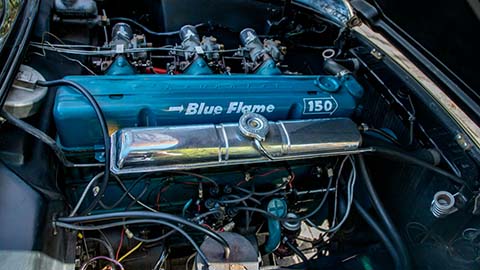