General Motors’ sports car icon does not go for cheap. We look at the price of buying a 1957 Corvette in the 21st century. 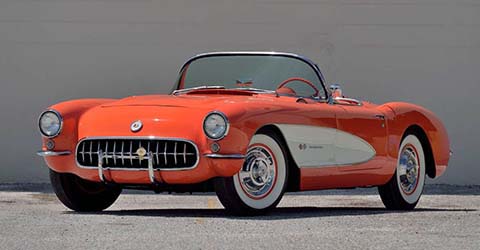 Although the Corvette may start out relatively cheap, that doesn't necessarily mean that they stay cheap. Today we see most dealer putting outrageous markups on Corvettes and classic models that are in pristine condition demand high prices. The 1957 Corvette falls into this latter category. As one of the most notable and memorable American cars, Corvettes from this model year don't come cheap. But with that price come the pride of owning a piece of some of the best engineering to ever come out of the United States.

Here is what a 1957 Chevrolet Corvette will cost you today.

Price And Features Of The 1957 Chevrolet Corvette 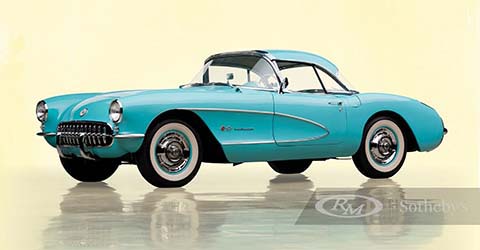 The 1957 Corvette was part of the first generation that ran from 1953 to 1962. This body style started it all for Chevrolet and put it on the map for being able to make something that can put out some serious power. This term is obviously relative as the 1957 Corvette's 4.6-liter V8 was rated at 283-hp. This was a large feat given that most other mainstream vehicles were still at or under 100-hp at the time. In 1957 Chevrolet was proud of and advertised that the V8 found in the Corvette was the first engine to be rates at 1 horsepower per cubic inch of the engine. Heavy-duty brakes and suspension as well as a four-speed manual transmission were new features for the 1957 Corvette.

Looking at auction sites like Bring A Trailer will show you that some examples of the 1957 Corvette went for prices in the $40,000 range. Given that the car market has been so volatile in recent months, prices for Corvettes like these seem to have taken a significant price hike to where it is now. 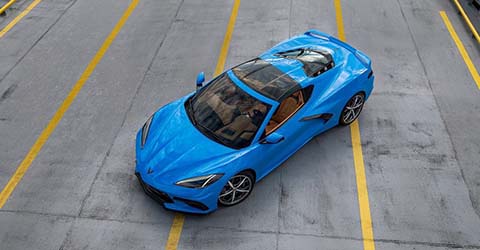 With the price of a lot of 1957 Corvettes being north of $100,000, you could question if it is best spent on that, or the equivalent amount of money spent on a newer but equally exciting car. Granted most people have preferences from the get-go whether or not they want a new car or a classic one. Nevertheless, it is interesting to compare what else 1957 Corvette money can buy you.

The most likely comparison is to a brand new C8 Corvette. With the C8 Stingray having a starting price of only a hair above $60,000, you could have two brand-new Stingrays for the price of one of the higher prices 1957 models. Even the highly coveted C8 Z06 only has a starting price of less than $90,000 and gives you almost 400 more horsepower.

In comparison to other new performance vehicles, you could buy another iconic sports car – The Porsche 911 for around the same price. The 2022 Porsche 911 Carrera S has a starting MSRP of $117,000. This price includes 443-hp and a whole lot of luxury.

The 1957 Chevrolet Corvette is an impressive vehicle regardless of whether you prefer classic cars or not. It was one of the first of its kind to blend high performance with a price that was geared towards the masses – despite its price not being as attainable today. For those who value owning a vehicle that is unmistakable for its performance heritage needs to look no further than the 1957 Chevrolet Corvette. With how prices have been going, you will probably have to act fast before the price leaves the $100,000s.