The Story of the Chevrolet Corvette SS, Duntov's Magnesium-Bodied Masterpiece

Harley Earl may be the "father of the Corvette," but Zora Arkus-Duntov is the guy that took the idea beyond Chevrolet's dreams. Not only he turned the Corvette into a proper sports car, but he also designed a few cool concepts and race cars based on the Corvette. Oh, he's also indirectly responsible for the mid-engined C8 Corvette, but today we are here to talk about one of his coolest and most unique creations, the Corvette SS.

Following a short stint with English carmaker Allard, Duntov joined General Motors in 1953, after seeing the Motorama Corvette concept on display in New York. The story goes that Duntov fell in love with the Corvette's design, but was disappointed with the slant-six under the hood.

He wrote Chevrolet chief engineer Ed Cole a letter about how he would improve the car and he was hired almost immediately.

Duntov joined the company as an assistant staff engineer and left his first mark on the Corvette in 1955 when he helped introduce the small-block V8 engine to the nameplate. Over the next couple of years, Zora also brought fuel injection and four-wheel disc brakes to the Corvette, turning it into a truly modern sports car. 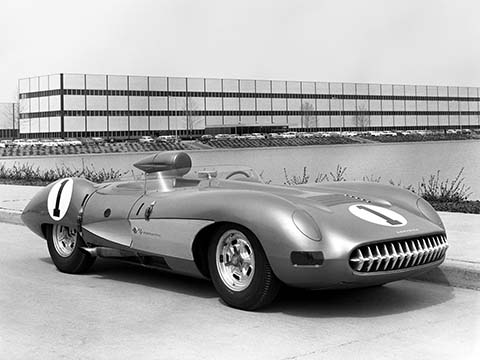 But Duntov was also a racing driver and he wanted to take things up a notch. After four consecutive stints at the 24 Hours of Le Mans (1952-1955), which included a class win with Porsche, he was convinced that Corvette sales would benefit if the car would become a successful racer.

To prove his point, he took three Corvettes to the 1956 Daytona Speedweeks. Two mostly stock cars took a 1-2 win in the Sports Car division, while a tuned-up Vette won the Modified Sports Car class. He then prepared four additional Corvettes for the 1956 12 Hours of Sebring, where Chevrolet scored a class win.

While watching the race, Chevrolet boss Ed Cole realized that the brand needed a full-blown Corvette racer to stand a chance for an outright win, so he gave Duntov the greenlight for a purpose-built track car. 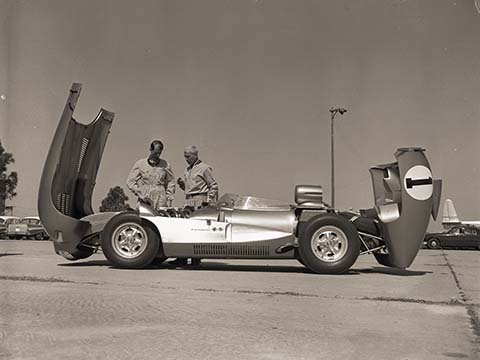 The team's first effort debuted in late 1956 as the Corvette Super Sport, a concept that brought together styling features from the production car and racing equipment from the SR and SR-2 race cars.

But Duntov wasn't completely happy with the concept and he immediately started working on a new idea. Known internally as XP-64, the project became the Chevrolet Corvette SS. Approved in August 1956, GM wanted it ready in six months, in time for the 1957 season. The ultimate goal was to race it at the 24 Hours of Le Mans.

The chassis was reportedly based on that of a Mercedes-Benz 300 SL. An example of the German sports car was brought to Duntov's skunkworks shop at GM and stripped off. 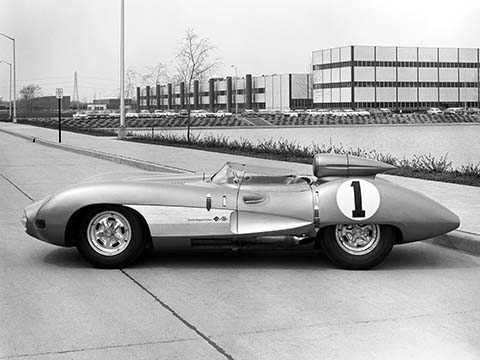 Its chassis was cut and modified to accept a small-block V8 engine and rear suspension system put together by Duntov. The team then used the frame as a template for four additional chassis.

Chevrolet eventually completed two cars: the Mercedes-based mule with a fiberglass body and a full-spec Corvette SS with a magnesium shell. The first-ever Chevrolet to wear the "SS" badge, the race car was finished in time for the 1957 12 Hours of Sebring.

Duntov had originally signed Carroll Shelby and Juan Manual Fangio to drive the car, but they were eventually replaced by John Fitch and Piero Taruffi. 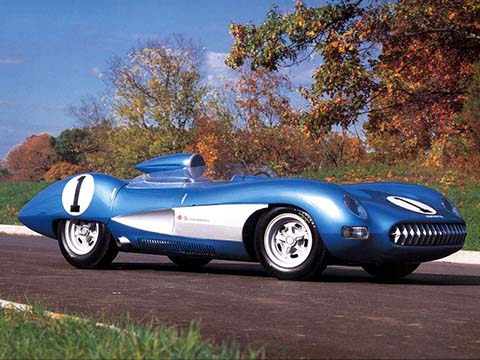 The Corvette SS proved quick during practice, but various issues forced Duntov to swap some parts from the mule into the SS. Impressed with the car, Fangio eventually agreed to do a practice lap in the SS and broke the Sebring record by a few seconds with a 3:27.4-minute lap.

But while it was off to a great start, the SS eventually failed to finish the race. Suspension and overheating issues forced Fitch to retire after 23 laps.

Those laps were enough to convince GM to continue the project, but the Corvette SS was eventually scrapped after the Automobile Manufacturers Association (AMA) decided to ban the manufacture of factory-produced race cars. 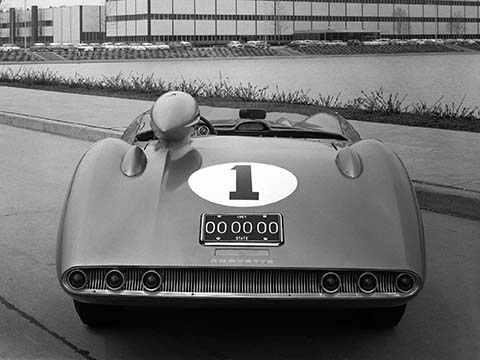 Duntov was forced to wait five long years to develop a new Corvette racing program. It happened in 1962 when he built the Corvette Grand Sport.

But while it didn't get to race in the World Sportscar Championship, the Corvette SS left a notable mark on the first-generation road car. In 1957, many of the high-performance, ready-to-race options offered on the Corvette C1 were derived from the SS. 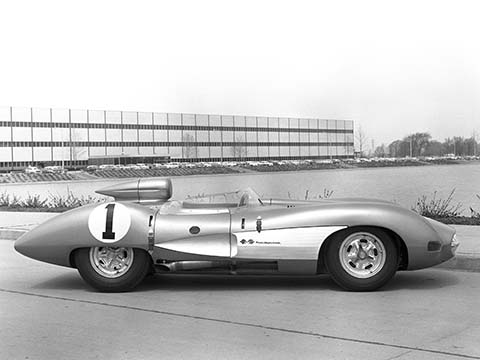 Following its demise, the Corvette SS spent a few years in storage until Chevrolet agreed to donate the car to the Indianapolis Motor Speedway. GM planned to revive the nameplate in 2006 as a special version of the Corvette C6. That car became the Corvette ZR1. 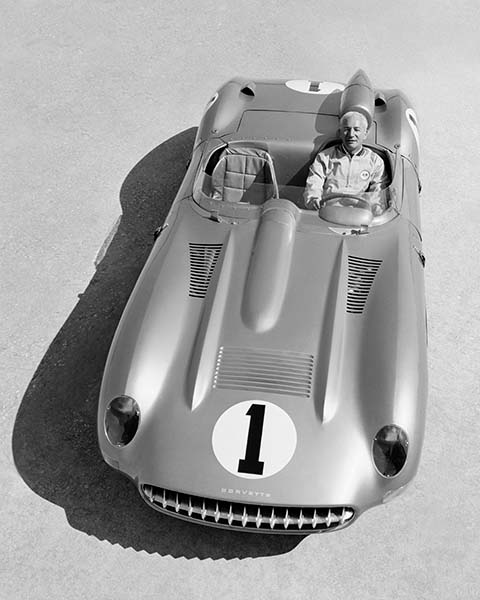 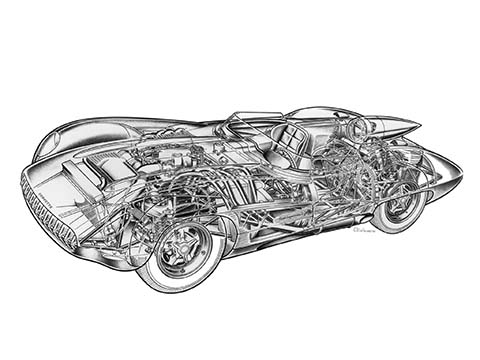 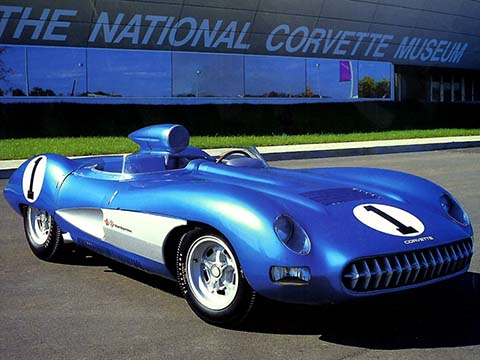 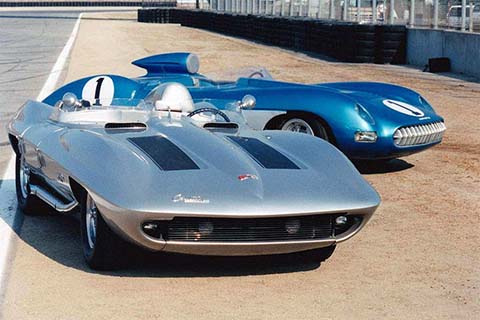