Why We Want a 1968 Chevrolet Corvette L88 in our Garage

The 1968 Chevrolet Corvette L88 is an underrated sports car that stood the test of time and is now one of the most sought-after American classics. 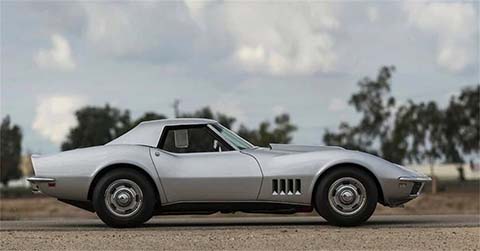 The 1965 Chevrolet Corvette L88 was a unique option package designed by Zora Arkus Duntov, director of GM's performance section. The L88 Corvette, which debuted in 1967, had a heavily modified variant of Chevy's 427 cubic-inch V8 engine. Despite receiving a factory horsepower output of 435, real engine output ranged between 540 and 580 horsepower, allowing the "stock" L88 adequate power to race a quarter-mile in about 11 seconds!

In the year 1968, the Corvette evolved into the third-generation of the American sports vehicle. The sleek new appearance gave the impression of the car traveling at full speed while standing motionless, which is a quality shared by the majority of Corvettes.

Here we will look at the dark horse of all '68 Corvettes, with a 500+ HP 427 cubic-inch underneath the hood, an optioned dubbed the "L88." L88 automobiles had not just a unique hood, but also a slew of performance upgrades, including an F41 performance suspension, J56 brakes, a Muncie M22 four-speed gearbox, and, obviously, the 427 V8 with a 12.5:1 compression ratio. 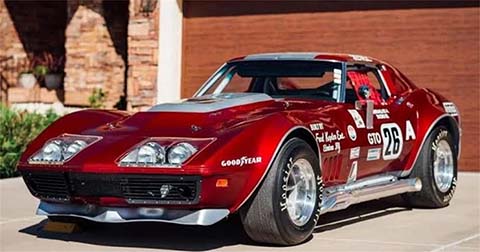 Via Bring A Trailer

Zora Arkus Duntov has long seen the Corvette as a track ready race vehicle. His progress of the L88 (amidst GM's contract to abide by American Manufacturers Association sanctions prohibiting the manufacturing of such automobiles) was his unrelenting effort to raise the Corvette to the status of a sports car, which is where he always continued to believe the Stingray inevitably belonged.

Chevrolet released the C3 Corvette in 1968 as a successor for the 2nd-generation Stingray. While the automobile was available with a variety of alternative power plants of varying capacities and horsepower, Zora Duntov thought that the L88 option was critical to the Corvette's continuing success on the racing track. As a result, despite continuing to support the AMA's ban on factory sponsored racing, GM extended the L88 package for another two years.

As previously stated, GM purposefully declared that the L88 was only capable of generating 430 horsepower, rather than the 550 horsepower that was really generated. Their motivation for inaccurately recording the engine's power output was to push purchasers to choose alternative engines, such as the L71, a 427 cubic-inch engine that generated 435 horsepower (5 more than the advertised statistics for the L88) or the L89, and a L71 engine featuring aluminum heads.

Both of these later choices were less expensive than the L88 engine. Finally, the L88 automobiles remained a limited production automobile, largely acquired by skilled drivers who understood the true capability of this unique – yet unverified – engine. 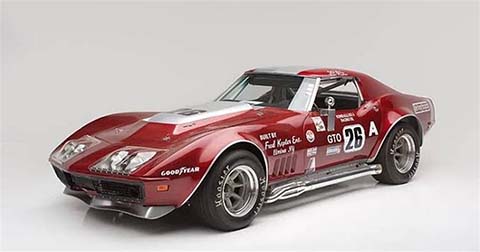 For the Corvette C3, 1968 was the year of significant new designs. The body of the 1968 Corvette C3 was completely redesigned, giving it an almost convertible appearance with changeable t-tops and a retractable back window.

With the hatch down, the Corvette convertible adopts the same core Stingray concept and converts it into top-down driver for two. Drivers of 1968 Corvettes had three choices for putting the top on. Soft top (in beige, white, or black) or detachable hardtop – choose one as standard or get both. The '68 Corvette had a special type of glass that features a rust-less fiberglass exterior that is standard on the coupe and all prior Corvettes from 1953.

Full door glass style improves vision as well as looks, and for the first time, the convertible's retractable hardtop featured a glass rear window. Both the coupe and convertible come standard with a 300 hp Turbo Fire 327 V8 and a perfectly synchronized 3-speed transmission.

There are four different engines available, and the 427 V8s have a distinctive high domed bonnet. There are also four-speed, close ratio four-speed, and Turbo Hydramatic transmissions, which debuted in the Corvette power squad lineup in 1968. The innovative Astro Ventilation system with vent apertures on the passenger and driver sides of the instrument panel allows air to circulate through the Corvette even when the door and windows are fully closed for comfort.

The design of the '68 cockpit was created with the comfort of travelers in mind. The high backed buckets with thin tapering and curved sides are quite comfortable. Pillowy soft all vinyl upholstery is excellent, with the option to upgrade to real leather. The parking brake handle, gear shift, ashtray and cigarette lighter, thumb wheel heating controls, air vent control systems, and lighting monitoring system displays are all housed on the center console. The console also houses the seat belt buckle straps, which are double sets having push button buckles. AM/FM radio could be ordered with or without FM Stereo multiplexing. 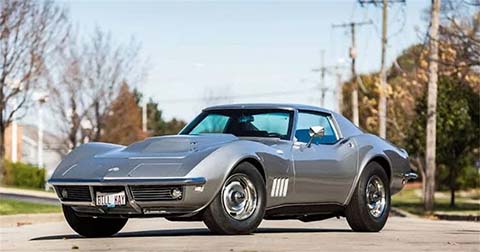 In the 1968 Chevrolet Corvette L88, seat belt warning lights and door ajar flashers were included as additional features. A new ignition security system was also created to warn you to remove the key whenever you exit the automobile.

At its oiginal launch, the 1968 Chevrolet Corvette L88 had a price tag of $6,300 which was quite large at the time. But today, to own one of these scarce classics, as only 216 were ever produced, you'll need to have quite a lot of money in your bank account. Needless to say, we would still love to have this American classic in our garage because of its super cool design and amazing engine.