This 1967 Vette was done up right with a 454 big block, 4 wheel disc brakes all around, and a 4 speed manual transmission. 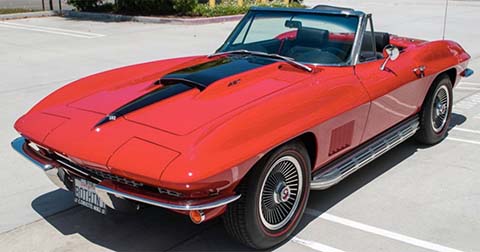 While a bright red convertible might grab the attention of the local police, it's also certain to garner praise from real car enthusiasts, especially fans of classic Corvettes. That's certainly the case with this Rally Red 1967 Chevrolet Corvette Convertible, which was just auctioned off on Bring A Trailer for a not too staggering price of $72,000. What makes this speedster even more impressive is that it is powered by a replacement 454 big block engine. 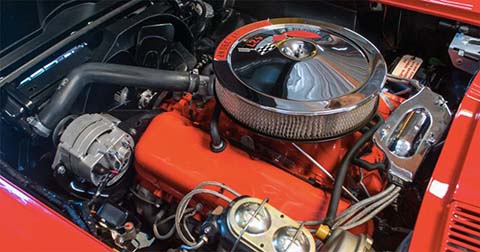 This 1967 Chevrolet Corvette Convertible features the previously mentioned 454ci V8 crate engine, which was installed by the previous owner and dons a chrome air cleaner with 427 decals as well as orange paint on its block, heads, intake, and rocker covers. Equipment includes power steering and four-wheel disc brakes with a dual-circuit master cylinder. Power is sent to the rear wheels through a four-speed manual transmission. 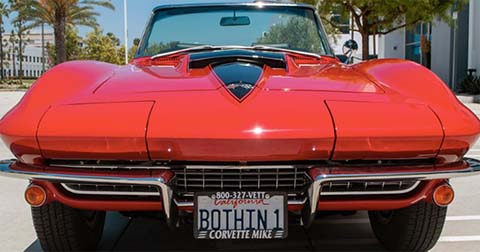 This Corvette was born red and it seems its various owners have sought to keep it that way. It was finished in Rally Red from the factory, and is said to have been repainted under previous ownership. There's a truly sexy stinger hood along with dangerous black accents and a black vinyl soft top. Turbine-style 15″ wheels feature bowtie center caps and are fitted with Firestone Supreme redline tires. 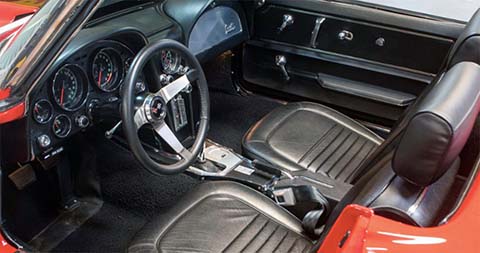 Inside, you'll find bucket seats with headrests that are trimmed in black vinyl with matching dash and door panels. There's a vertical Delco AM/FM radio, an analog clock, lap belts, and a chrome shifter with a T-handle reverse lockout. Style get tuned up a bit with an aftermarket steering wheel, which frames a 160-mph speedometer, a tachometer with a 6,500-rpm redline. The five-digit odometer shows just over 85k miles, but the actual total milage remains unknown.