There are few Chevy Corvettes as rare as the 1971 Corvette ZR2. It's dubbed "Zora's Racer” for Zora Arkus Duntov, the Belgian-born lead engineer who is ofttimes referred to as the "Father of the Corvette.” 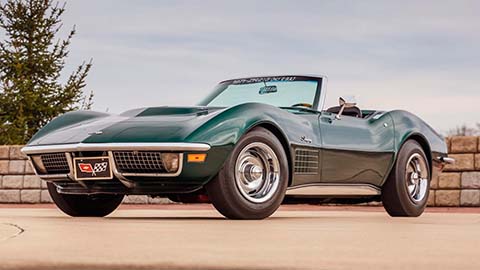 The Corvette ZR2 package was expensive at $1,747, but included in that price was the optional $1,221 LS6 454 cubic-inch Big Block rated at 425 horsepower. Also included in the ZR2 option were the M22 heavy-duty close ratio four-speed manual, heavy-duty power brakes, transistor ignition, special aluminum radiator, metal fan shroud, and F41 Special Suspension with front and rear stabilizer bars, special springs and shocks. In essence, it was the ZR1 package, but with the LS6 Big Block. There were twelve ZR2s built in total, but just two of those were convertibles. 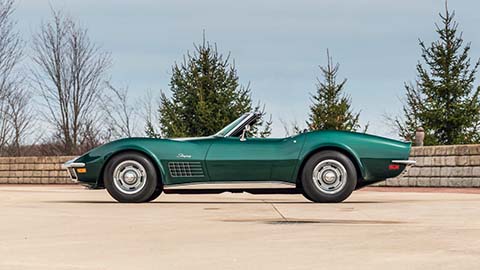 Our feature Corvette ZR2 is one of those two convertibles, making it one of the rarest Corvettes of all time. It is in exceptional unrestored condition, and with just 8,702 original miles on the odometer, it is the lowest-mileage ZR2 extant. It wears its factory coat of Brands Hatch Green over a black leather interior. This ZR2 has both hard and soft tops. 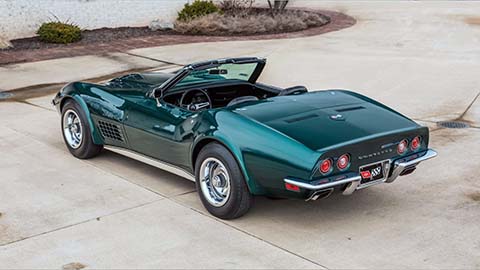 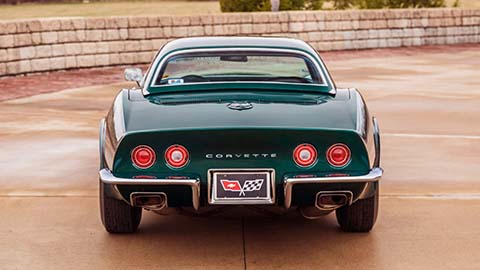 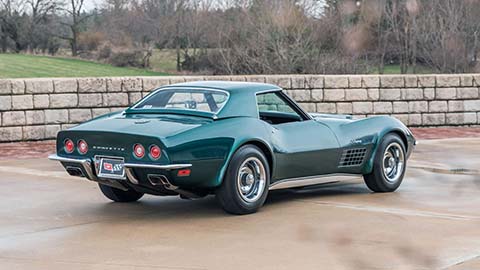 Inside the Corvette ZR2, the black leather seats show minor creasing, but no appreciable wear. Door panels feature the faux wood panels of the optional Custom Interior Trim, as does the center console. Where the radio would usually reside is a flat radio-delete plate. Carpets remain colorfast, with little sign of wear noted, and the dash top shows none of the curling so often associated with these Stingrays. 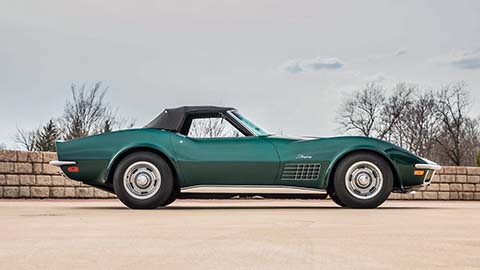 Beneath the hood of the Corvette ZR2 resides the one-year-only 454 cube, 425-horsepower LS6 Big Block. The engine bay is largely original, and not overly detailed. Some small nicks in the orange valve cover paint are noted, and though the A.I.R. pump is present, the belt driving it is not. As there is no radio on this ZR2, there is neither any ignition shielding in the engine bay. 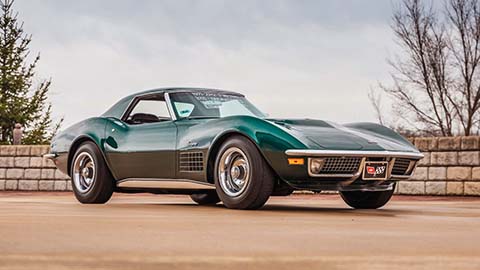 This staggeringly rare Corvette ZR2 is documented with the tank sticker, Vehicle Purchase Order, shipping invoice, Protect-O-Plate, and all awards and certificates. It will be on offer at the Mecum Auctions Indy Spring Classic taking place at the Indianapolis State Fairgrounds May 13th through the 21st. 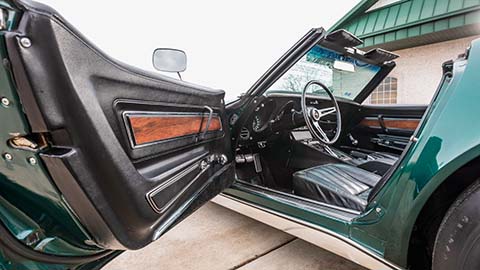 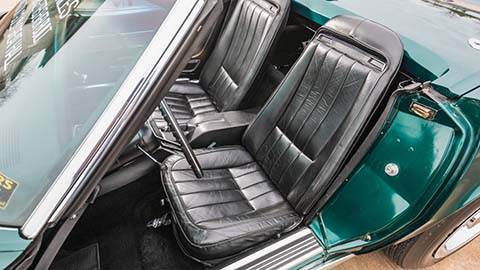 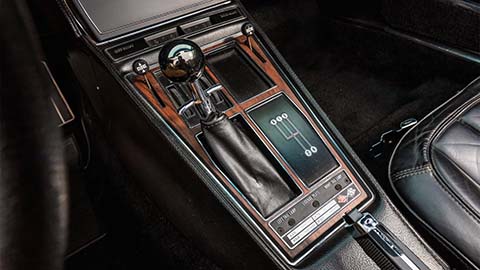 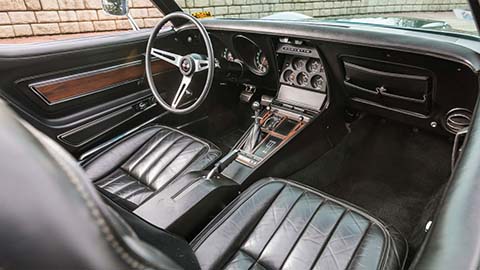 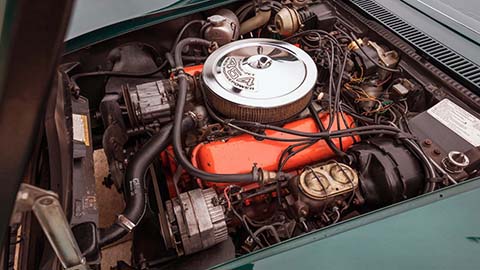 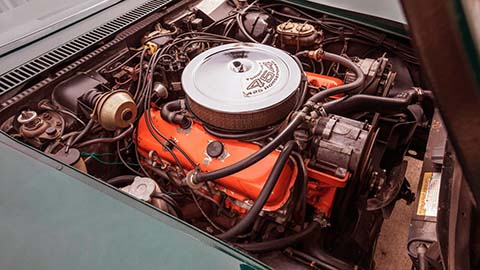