Corvette EV: The Beginning of the End of the Chevrolet Corvette

GM's plan to electrify the Corvette might just be the end of the iconic brand. 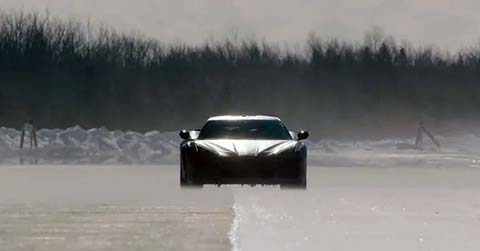 As many of us dread, there will come a day when petrol cars will no longer be the predominant force that they once were. With new demands from the EPA and administration, automobile manufacturers are only left to confide with the newly placed regulations.

With stricter emissions laws and more requirements, the room for traditionally loud sports cars isn't as welcome. This is no exception for the American car manufacturer Chevrolet, as they release their newest performance hybrid. Formerly known for its V8 supremacy, the concept E-Ray and hybrid Corvette will feature something completely different.

For starters, the Corvette is arguably one of the most iconic sports car chassis of all time. With the new electric motor or hybrid option, could the new Corvette replace the former petrol glory? Here's more about their upcoming release. 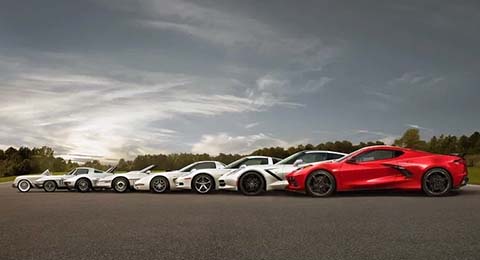 Traditionally, when we think of a Chevrolet Corvette, we think of a rear-wheel-drive platform with a roaring V8 to power it. Fiberglass and lightweight characteristics are the components that make up a Corvette. The Corvette lineup started in 1953 and has amassed eight generations since production. From round classics like the first-generation C1 to sleek super cars like the C7 Z06, Chevrolet has undoubtedly created some iconic cars that left a mark on automotive history.

However, with the latest news from Chevrolet, the days of the beloved V8 are limited as they introduce a hybrid version of the sports car. Ditching loud engines and high horsepower wasn't completely Chevrolet's fault, as the current administration obsesses over environmental conservation. Courtesy of the National Highway Traffic Safety Administration, automobiles must achieve 49mpg by 2026.

Sensing the end of petrol engines, Chevrolet made a last ditch statement in the new 2023 Z06, which pushes 670 horsepower as a naturally aspirated V8. In an attempt to please opposite worlds, Chevrolet's hybrid and electric version is expected to be released on public roads as soon as 2023 or 2024. With supply chain issues in every market, the production of cars hasn't been as feasible as it once was.

The Performance Stat Of The New EV Corvette 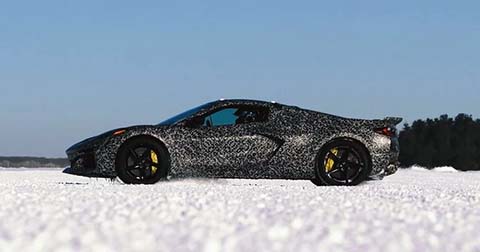 Before Chevrolet announced the news regarding their hybrid Corvette, they almost sensed the disappointment from the enthusiasts prior. Knowing this, they needed something to wow the crowd, and in doing so, Chevrolet came up with these two options: a hybrid Corvette and a fully electric one.

While there isn't concrete information regarding the power of the Corvettes, a few reports have stated a ballpark of around 600 horsepower, which should be faster than its predecessor. With the low-end torque of the electric motors and AWD drivetrain, the traditional Corvette we once knew and loved is beginning to fade away. The fully electric model is further in the dark, though it's predicted to debut with the name, E-Ray. Using horsepower as a baseline, the 0 to 60 mph time is expected to be around an impressive 3 seconds. To stop the new Corvette are 6-piston calipers in the front and 4-piston calipers in the rear.

It should be interesting to see what the curb weight of the new generation will be with batteries underneath the body panels. While it won't feature the excellent noises that its predecessors produced, the potential performance of the new Corvette should make people reconsider bashing the new power plant.

The Pros And Cons Of The New Corvette 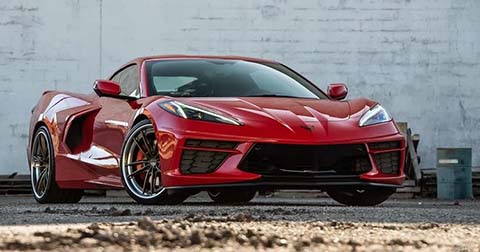 With the newest release of hybrid and electric models, it is clear that enthusiasts don't accept this as a Corvette. Still, there are notable features that will make this C8 perform notably better than Chevrolet's previous generation.

For the first time in the Corvette lineup, the C8 Corvette Hybrid will come in all-wheel-drive. Admittedly, this doesn't have Corvette-like characteristics at all, as part of the fun was burning rubber. Purists will disapprove of this concept immediately, though we presume it could be RWD with some software tuning, similar to how the Audi RS3 can do front-wheel burnouts. The new drivetrain will also change the feel of the new Corvette, having no traction issues off the line.

Still, the Corvette makes up for lost fun by improving its acceleration in a straight line, with electric motor assist. This should yield much better 0 to 60 and quarter-mile times. Furthermore, the newest Corvettes should achieve better fuel economy than its predecessor, although this probably isn't your primary concern buying a sports car.

The Chevrolet Corvette: The End Of An Era?

Although the new Chevrolet Corvette won't make pleasant V8 noises, there are still a few things to be excited about. Traction should no longer be an issue since in both models, all four wheels get power. With all new driving and handling characteristics for the new Corvette, the platform takes a turn from its traditional roots. While its newfound power compensates for some things, the lack of rumble and noise from a V8.

Only time will tell if the new C8 is worthy of holding the title of being a Corvette. The new Corvettes will be released as soon as 2023, as we wait on Chevrolet's newest rendition of their iconic sports car.