A passionate Corvette enthusiast has decided to donate his valuable 1963 Split Window Corvette to the National Corvette Museum in Bowling Green, Kentucky. 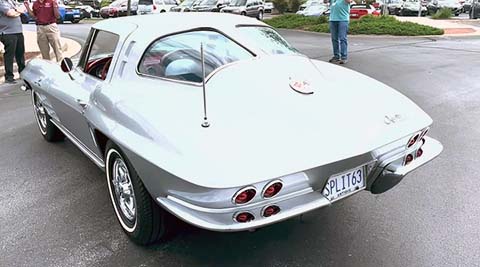 As explained by Corvette Museum curator Derek E. Moore, the NCM ran an article in the November/December 2021 issue of America 's Sports Car magazine entitled ‘Split Decision ' that described how the facility was creating a new exhibit dedicated to the iconic Split Window Corvette. The only problem with this exhibit was the NCM did not have an actual Split Window Corvette to display, as these cars are rare, highly sought-after and extremely valuable. 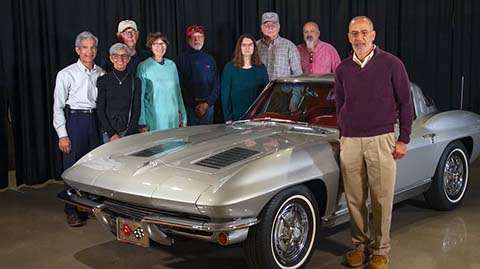 A dedicated Corvette fan by the name of Manny Balale saw the ASC article and reached out to the NCM to offer up his stunning 1963 Split Window Corvette as a donation. Balale says he bought this car in 2008 following a years-long search for a '63 Coupe that was up to his standards, and eventually found this one in a collection in Salt Lake City. He drove the car back to Wichita, Kansas, where he lives, and has spent the past 14 years or so wrenching on it and taking it to car shows. After enjoying the car for years, Balale says he 's now ready to part ways with it and share his passion for the Split Window Corvette with the car community.

"I feel real good about the car coming here," Balale said after turning over the keys to the NCM. "In many ways, I feel like the car is coming home."

"I will also smile and think of all the great times I 've had with the car, and also all the great times that other people had seeing it and enjoying it, and I 'll take a lot of satisfaction in knowing that people will continue to enjoy it by coming here to the museum," he added. "And it will also be maintained properly, so this is where it belongs." 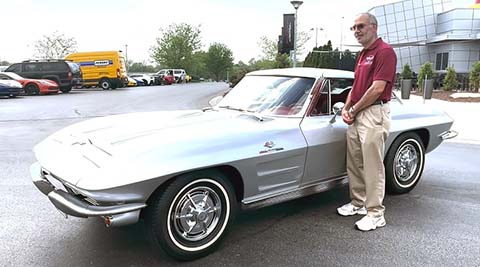 Check out the video embedded below to hear what else Balale had to say about his generous 1963 Split Window Corvette donation.