Legendary Sports Car: A Look Back at The 1998 Chevrolet Corvette

We love the 1998 Chevrolet Corvette's sleek styling and strong performance. 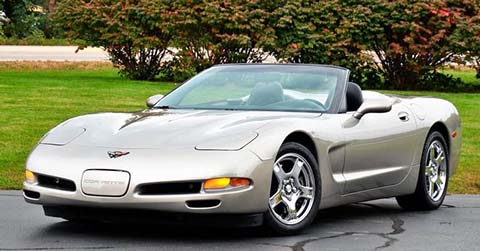 The 1998 Chevrolet Corvette is a two-door, two-passenger luxury sports car. It has a rock-solid feel, and it's practical and spacious.

More than 40 years after the 1953 Corvette debuted, Chevrolet introduced the fifth-generation Corvette (C5) in 1997. Intriguingly, the C5 almost didn't happen. The Corvette's initial release date was in 1993, but Chevrolet took a small break before General Motors backed them up and the project which made the new car a reality.

Chevrolet dramatically redesigned the Corvette giving it a mix of good looks and physical strength. This car came to take the top spot in the performance-car category. The Corvette comes with cutting-edge technology, a user-friendly design, a V-8 engine, and a beautiful body design.

This Corvette showed everyone that it carries on the proud tradition of serving as the technological and performance flagship vehicle for Chevrolet. Corvettes have wowed people with new technologies throughout the years, which are later introduced into more mainstream GM vehicles.

In the '90s, the Corvette was America's favorite sports car; let's find out what made the vehicle so famous.

A Brief History Of The Corvette

The Corvette has eight generations, with the first, known as the C1s, debuting in 1953 and lasting until 1962. The 1953 Corvette made history by becoming the first mass-produced automobile with a fiberglass body. The fiberglass body allowed the automobile to be quicker and lighter than steel competitors.

The second generation of Corvettes, which ran from 1963 to 1967, began with the introduction of the all-new Sting Ray model. The design of the Sting Ray was inspired by two previous GM projects: Bill Mitchell's racing Sting Ray and the Q-Corvette.

Chevrolet produced the third generation Corvettes from 1968 to 1982. In 1969 Chevrolet changed the car's name from "Sting Ray" to "Stingray." The C3 Corvette was different from the previous generation in that it had a fresh design inspired by the Mako Shark II concept vehicle.

The fourth-generation Corvettes debuted in 1984, after Chevrolet's decision not to introduce a new model in 1983, and lasted until 1996.

The fifth generation of Corvettes began in 1997 and ended in 2004. The C5 had a fresh design, and the automotive press adored it. This automobile had various advancements that elevated it to the status of one of the most spectacular sports cars. The advancements included active handling, reduced weight, a 0.29 drag coefficient, and a 50/50 weight distribution.

The Performance Specs Of The 1998 Chevrolet Corvette Are Terrific 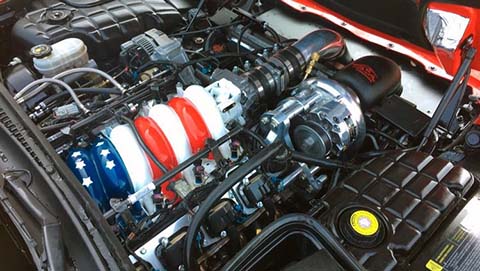 The car comes with a standard four-speed automatic transmission that helps the Corvette hit 60 mph in five seconds. But for those who want more, Chevrolet made sure there's an optional six-speed manual transmission that makes the car reach 60 mph even faster. Traction control is standard on the vehicle, this feature helps the vehicle maintain stability on slippery surfaces.

A four-wheel disc antilock braking system accompanies the Corvette and keeps stopping distances short with larger rotors than previous Corvettes. The front tires are 17 inches in diameter, and the rears are 18 inches across, which contributes to an excellent .93g of road grip. The rubber stays planted well thanks to the independent four-wheel suspension.

The Design Of The 1998 Chevrolet Corvette Is Quite Unique 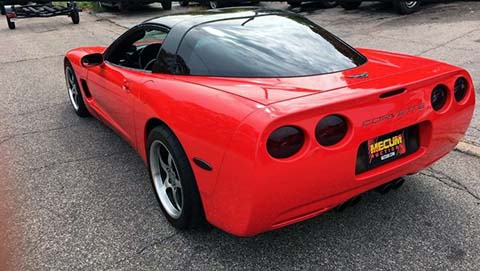 Chevrolet did not want to use metal in the construction of this vehicle because the body panels are still made of a non-metal material. A sheet molded composite surrounds an ultra-stiff structure with a full-length perimeter frame and tubular steel side rails.

The windshield structure is made of aluminum, and the instrument panel is next to a strong cross-member that limits noise and vibration. A composite sandwich floor with a lightweight balsa wood core reduces the noise and vibration while providing incredible stiffness. 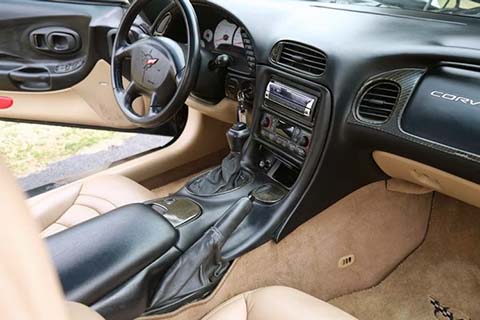 The interior was much better than the C4, with analog instruments and simple radio and temperature controls. The baggage capacity behind the coupe's rear hatch glass is a massive 25 cubic feet, thanks to the utilization of two mid-ship placed gasoline tanks that are inside the Corvette's frame.

The Current Generation Of The Chevrolet Corvette 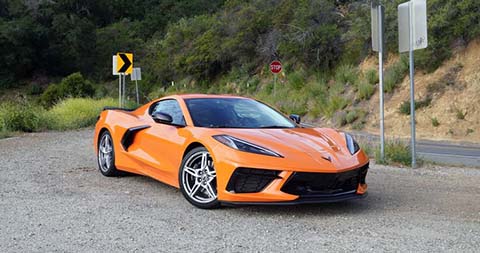 The latest generation C8 model continues the heritage, but with its V-8 positioned behind the passenger compartment. Because of its mid-engine design, the Corvette puts its power down effectively and has very athletic and well-balanced handling chops. It's also really efficient on the racetrack, and its price is unmatched, considering its supercar-level performance.

The Corvette's performance and fine handling make it a desirable sports vehicle. The ride is smooth, and the cabin is quite comfortable. Chevrolet provides both a coupe and a convertible, with the coupe including a lift-off top panel for open-air driving. In addition, there is ample cargo room in the storage spaces behind the engine and in front of the cabin.