Introduced in 1953, the Chevrolet Corvette is still around in 2022 as one of the most iconic American sports cars. But the nameplate was extremely close to being axed after only two years on the market.

Synonymous with V8 power today, the Corvette debuted with an inline-six under the hood. Rated at 150 horsepower, the Blue Flame made the Corvette lackluster compared to European sports cars of the day, so people weren't rushing to buy it.

After 300 units were delivered in 1953, production increased to 3,640 examples in 1954, but nearly a third of them remained unsold at the end of the year. The Corvette was about to get axed when Zora-Arkus Duntov stepped in and added a V8 and a manual gearbox, a move that saved the nameplate.

Chevrolet built a series of prototypes to test the layout and even prepared cars for high-speed runs at the Daytona Speed Weeks. The Corvette you're about to see below is one of those prototypes and it features a unique engine.

This layout made it into the production Corvette for the 1955 model year, so EX87 is pretty much the prototype that started it all. But the story doesn't end here.

After Yunick was done with it, the car was sent to Duntov for testing and eventually received extensive modifications for high-speed runs. The engine was bored to 307 cubic inches (5.0 liters) and got an experimental camshaft, which increased output to an impressive 305 horsepower.

When testing was complete, Duntov removed all the high-speed components from the EX87 and installed them into a 1956 Corvette. The latter hit a two-way average speed of 150.5 mph (242.2 kph) at Daytona Beach, setting a new record.

EX87 was eventually refurbished and donated to NASCAR for promotional use. It was then sold to a guy from North Carolina who drag raced it for several years. The prototype then changed hands a couple more times before it was donated to the Bible Broadcasting Network (BBN).

Set to retire with a mundane drivetrain under the hood, the EX87 got a lifeline when the 307-cubic-inch V8, marked "Record Run" on the bell housing, was discovered at Smokey Yunick's estate after he passed away in 2001. The car was retrieved from the BBN, reunited with its unique engine, and restored.

Come 2022 and EX87 resides in the Lingenfelter Collection, having won quite a few awards since its restoration. Like many valuable classics, it spends a lot of time in storage, but it was recently taken out to be showcased at the 2022 Eyes On Design car show.

And it's a sight to behold thanks to its covered headlamps, curved plexiglass windscreen, and big fin behind the driver's seat. Check it out in the video below. 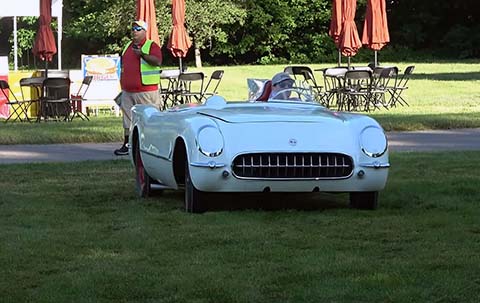 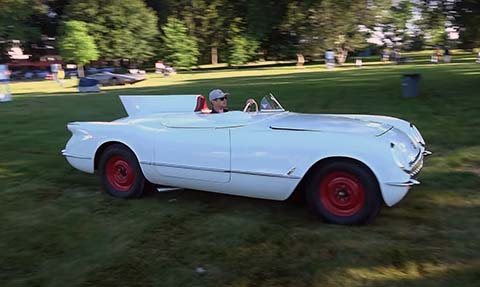 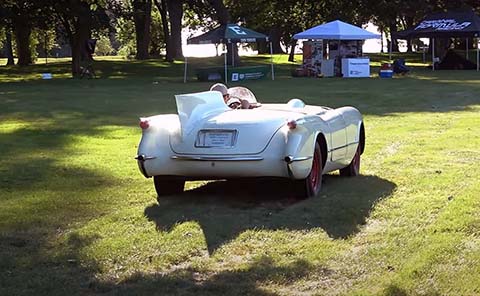 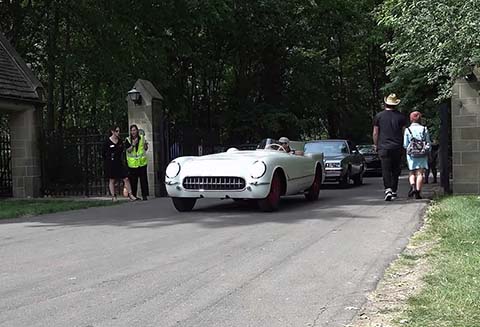 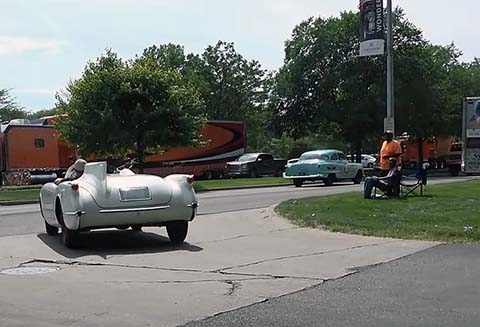