Facts about Chevrolet Corvette that You Didn't Know 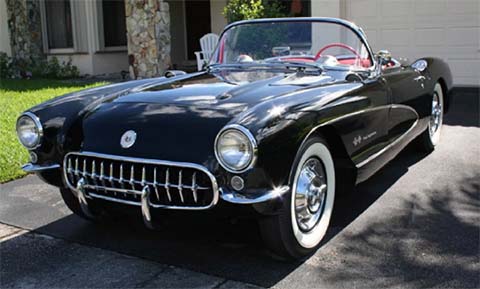 Admit it or not, but if you're a gearhead, you're low-key obsessed with the Corvette. Sleek styling, smooth handling, and raw power make this American-made sportscar a favorite among the masses. You already know that the Corvette is one of Chevy`s biggest money-makers, and you know they also have a racing division. But there may be a thing or two that you don`t know about this born-in-the-USA racers Chevrolet Corvettes.

1. Corvette was a warship

The corvette warship first appeared in the 17th century with a single tier of guns. They were fast, agile and strong, which made them the cornerstone of the Navy`s fleet. The US Navy still uses corvette-style ships, but they have been upgraded in the past few centuries.

Three members of the Mercury Seven (Alan Shepard, Gus Grissom, and Gordon Cooper) had a racecar driver friend who also happened to be a Chevy dealer. Their friend, Jim Rathmann gave them a great deal on the Corvette in what we might today call “influencer marketing.” It was a big deal back then, and it may have contributed in some small way to the success of Corvette`s marketing. 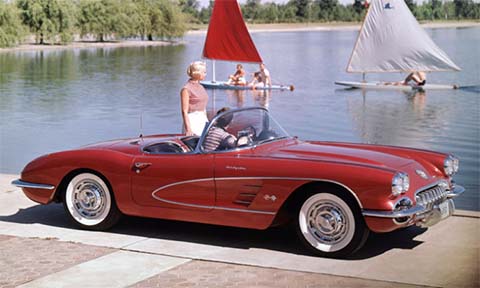 Nearly half of Corvette owners graduated from college. This statistic shouldn't be too surprising, especially given the price point of this sportscar. And since highly-educated people are also more likely to have disposable income, they might be spending it on a Corvette. Is buying a Corvette a smart decision? The statistics seem to suggest that it`s so.

Imagine you`re in a high-speed chase and take a wrong turn. The only way out is backwards, but you`ve got to move fast. Fortunately, newer Corvette models (2014 and beyond) have your back. The 2014 Corvette Stingray can reverse at a startling 53 miles per hour. Now, it`s not the fastest-reversing car on the market, but it`s definitely up there. And as long as you steer clear of those high-speed chases, you should be just fine. It`s a very cool feature, but not so handy in everyday life. 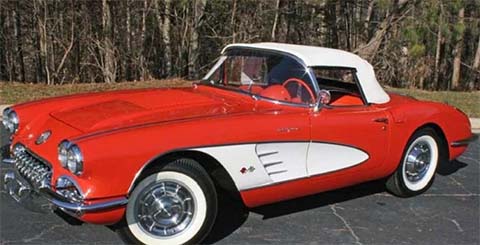 5. Corvette had the first wraparound windshield

6. The fastest Corvette engine was built in 1968

When it comes to auto-making, technology improves almost daily. This is why it`s so surprising for most people to learn that the fastest motor Corvette ever produced was made 50 years ago. The LT-2 was designed as a prototype for the 1970 Corvette, but it was placed in a 1968 Corvette body. The fast engine offered a 10.86 ¼ mile time and still outpaces newer engines on acceleration. But it`s important to mention that newer cars run the ¼-mile test slightly faster overall. 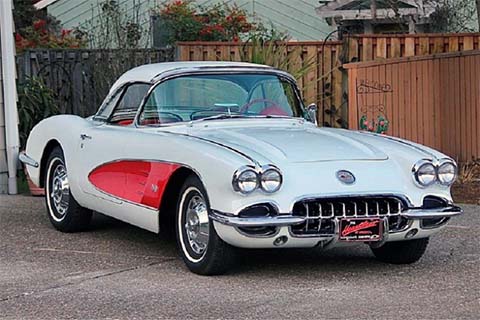 In what could arguably be called the biggest blunder in automotive history, Corvette only produced cars with automatic transmissions in the model year 1982. This is probably a case where the automaker was trying to predict and stay ahead of trends, but they clearly missed the mark. Most people who are interested in driving a Corvette want the level of control you can only get with a manual transmission.

Following the automatic transmission snafu, Corvette stumbled to produce a line for the 1983 model year. They had plans to introduce vehicles, and they even created a brochure, but they came to market too late. Instead, Corvette tabled their introductions for the 1984 model year – when they reintroduced the manual transmission.

But while they were still planning for 1983, Corvette built 43 pilot cars. All but one were destroyed. You can find it today at the National Corvette Museum in Bowling Green, Kentucky.