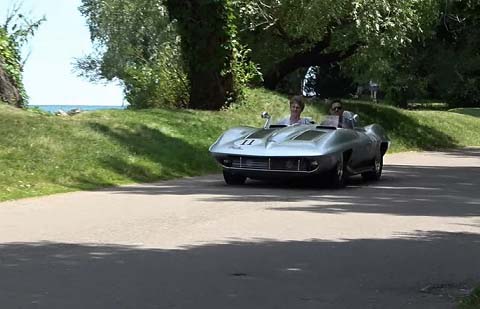 The EyesOn Design Car Show in Michigan is somewhat unique in that it does not judge cars based on their restoration quality, provenance or rarity, but rather solely on their exterior and interior design. The theme of this year"s edition of the invitational event was motorsports, so naturally, it attracted a large number of Corvette racecars and prototypes from over the years, including the original 1954 Duntov Mule Corvette. 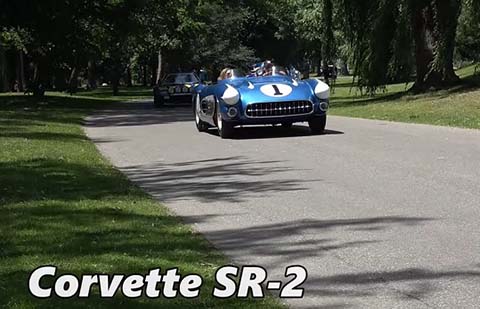 A YouTuber by the name of DTRockstar1 managed to film a handful of the Corvettes that were present at EyesOnDesign this year, which included the 1959 Corvette Stingray Racer, the aforementioned Duntov Mule Corvette and a Corvette SR2. The Corvette Stingray Racer was a styling concept designed by Bill Mitchell that went on to race and eventually won an SCCA championship, while the Corvette SR2 was a factory-prepped racer that was initially built for design boss Harley Earl"s son to replace his Ferrari. The Duntov Mule car likely needs no introduction around these parts, as this was the testbed for the original Small Block V8-powered Vette. It"s now owned by Michigan-based car collector Ken Lingenfelter, who often displays his cars at local events and hosts shows at his personal collection. 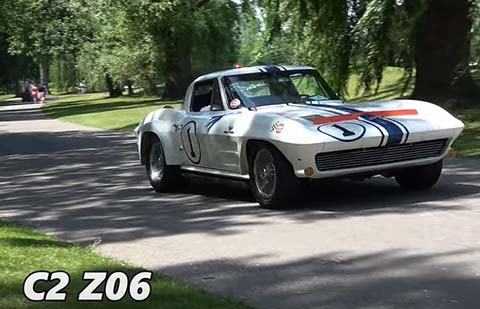 Another notable vehicle in this video is the C2 Corvette Z06, which appears to be the 1963 Corvette racecar known as "Gulf One." One of only 14 regular production C2 Corvette serial numbers assigned specifically for competition, this car racked up numerous wins in SCCA competition and also qualified on pole for the 12 Hours of Sebring, but retired from the race after suffering a gearbox failure.

While not GM vehicles, some other notable racecars can also be seen in this video, including a Ford GT40, Lancia Stratos and Pontiac Grand Prix Aerocoupe 2+2. Check it out embedded below.