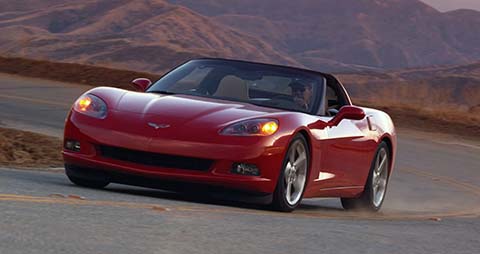 Few American cars are as widely known as the Chevrolet Corvette. Regarded by some as a muscle car and by others as a sports car, the model has been a big success for the brand, with the car now in its eighth generation.

The original Corvette, the C1, was released back in 1953, while the most modern iteration was released in 2020. Despite most people feeling they know everything there is to know about this iconic sports car, some facts on this list might just surprise you. Here are 10 facts about the Corvette that only die-hard fans know.

10/10 The C7 Generation Is Seriously Quick In Reverse Gear

While you might be more interested in the straight line speed of the Corvette, you may be surprised to learn the car is surprisingly fast in reverse. 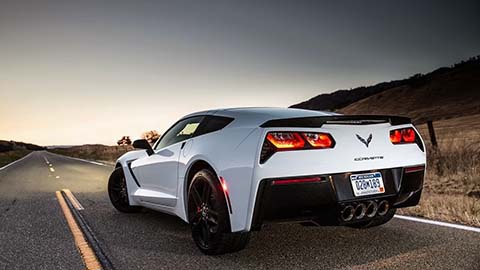 In fact, it is quite possibly the fastest reversing car ever made. Drivers car reach a frankly astonishing 53 mph when going backward. While this trick has virtually no real-world application, it is certainly something to add to the car's bragging rights. We certainly wouldn't recommend you test this fact out, as traveling at that speed with limited visibility is risky, to put it mildly. Even on a closed track, there is a high risk of damaging the car, as steering inputs could easily catch you out.

9/10 Its Name Is Derived From A Warship 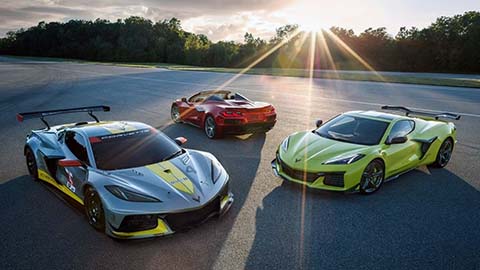 Naming a car can be a tricky job, get the name wrong, and the sales may never arrive. Being such an important model for the brand, a great name was essential. 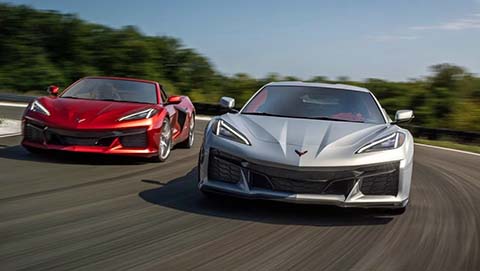 To decide upon the name, the brand's staff submitted names, and the best were shortlisted. Corvette ultimately took the crown, and its name originates from the fast strike ships utilized in World War Two. It was clearly a good choice, as the name has remained unchanged to this day. 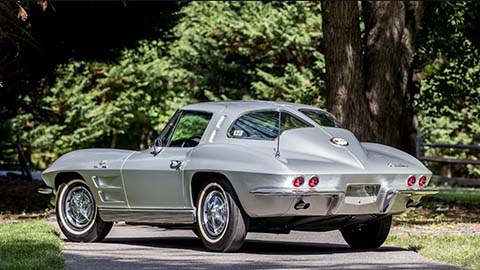 One of the most iconic design features out of all the generations of Corvette, is the beautiful split rear window. Available for just one year, and fitted to the 1963 Stingray model, these windows are exceptionally rare. 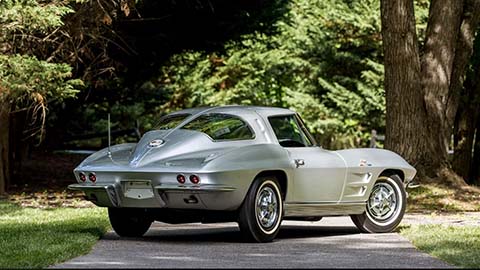 Surprisingly, many buyers of these second-generation cars did not appreciate the design, complaining that rearward visibility was very compromised. Some owners even went as far as to remove the windows, and Chevrolet consequently had to revise their design. Today, the tables have turned, and cars with the split windows now attract some of the highest sales prices.

7/10 The Car Has Left A Windshield Design Legacy 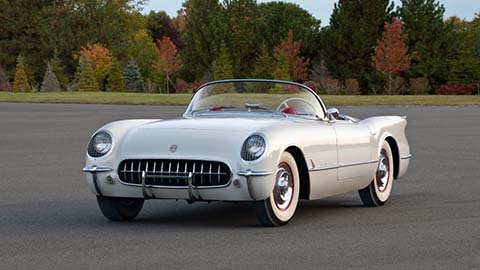 While a windshield is not an aspect many buyers pay much attention to. There is something quite interesting about those fitted to the Corvette. 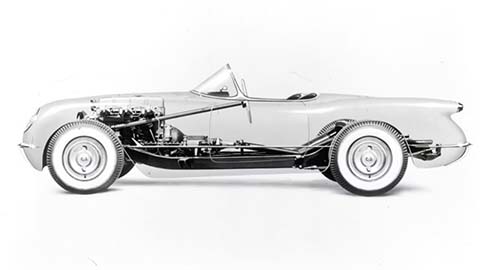 The C1/ first-generation car had a futuristic-looking "wraparound" windshield, and Chevrolet was the first mainstream manufacturer to integrate such a feature. While this looked great and was very popular, it became apparent that the design was resulting in an unacceptable level of visual distortion. For this reason, the design was shelved. Safety was also a big concern, as the lack of A and B pillars would have exposed occupants to a much higher degree of risk in an accident.

6/10 The Original Logo Didn’t Comply With The Law 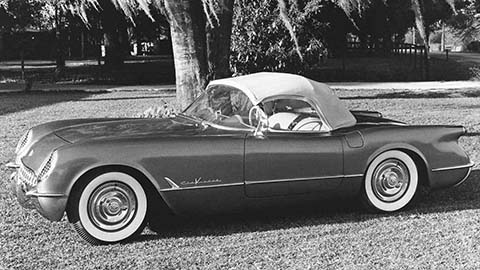 Designer Robert Bartholomew came up with the original logo for the 1953 Corvette. The design was simple and seemingly inoffensive, featuring the US flag and a checkered flag associated with racing. 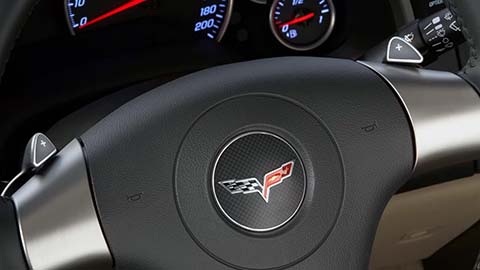 However, what Bartholomew obviously didn't appreciate was that the stars and stripes could not legally feature on a commercial product. Fortunately, the transgression was noticed prior to the car's unveiling and a "fleur-de-lis" design was implemented instead, celebrating the brand's French heritage.

5/10 The Manual Gearbox Was Discontinued For One Year 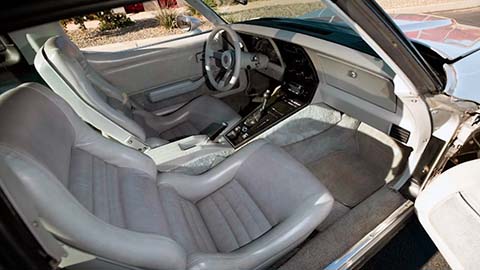 Being a car designed essentially for the driving enthusiast, the option of a manual gearbox is pretty much a necessity. Chevrolet has always catered to this need, for all but one year of production. 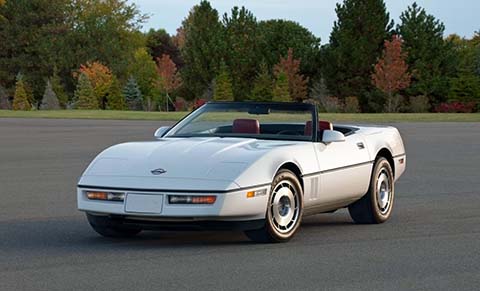 For reasons unknown, Chevrolet dropped the manual gearbox in 1982 and instead opted to fit an automatic. There was a backlash from the customers, who felt let down by the decision, and the brand was forced to revive the manual for the 1984 model year. The reintroduction would no doubt have occurred back in 1983, but this year saw no new cars produced, due to development delays associated with the fourth generation car.

4/10 The Corvette Went From Having No Trunk To Two

While buyers of the Corvette are unlikely to purchase the car for its luggage hauling abilities, there is no denying that having some space does make life a lot easier. 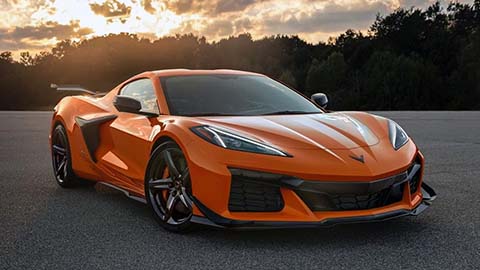 The current C8 generation of the car is actually fairly generous, with two trunks offering a combined 357 liters of space. While this isn't going to set the world on fire, it compares favorably with a small hatchback. Skip back to 1963, and the introduction of the second generation, or C2 model, which offered absolutely nothing in the way of trunk space. This trend persisted for around 20 years, prior to the release of the fourth generation car in 1984, and the buyers of today probably don't appreciate how fortunate they are. 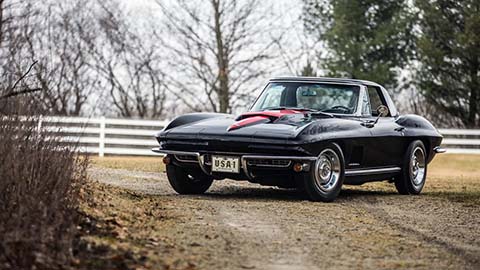 Over the years, many well-known astronauts have owned a Chevrolet Corvette. The link started when the first American in space, Alan Shepard, was gifted a car following his trip. 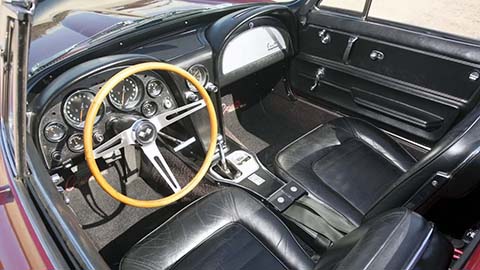 NASA did not permit its employees to receive free items, so in order to get around this, a local dealer leased astronauts the cars for just $1. With a deal like that, it is of little surprise they were so popular with the astronauts.

2/10 It Caused Fiberglass To Go Mainstream 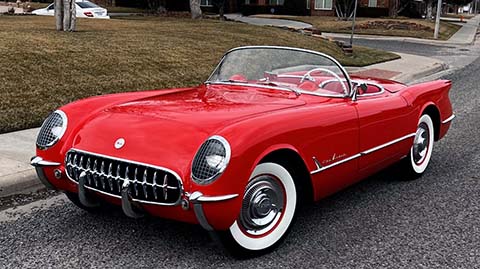 The original 1953, first-generation Corvette was one of the first cars to make widespread use of fiberglass in its construction. The material was not trusted or regarded particularly highly, and few cars were made from the material in the 1950s. 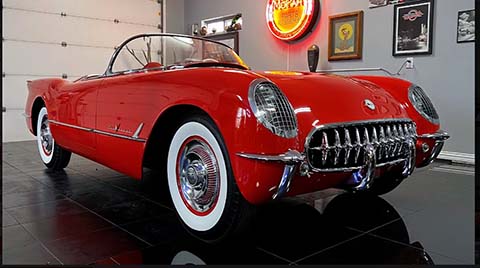 These days, the material is fully accepted and utilized by manufacturers, thanks in a large part to the Corvette's pioneering role.

1/10 The Stingray Was Inspired By A Fish 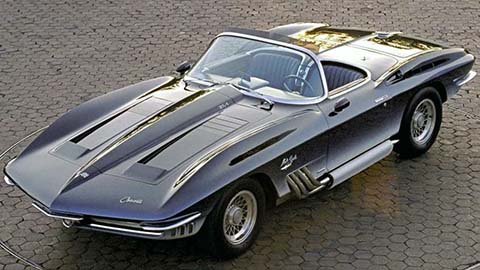 While it is not uncommon for car manufacturers to take inspiration from the natural world when designing their vehicles. The second generation, 1963 Corvette takes this a step further, by emulating a fish. To be precise, a shortfin mako shark, cousin of the feared great white. 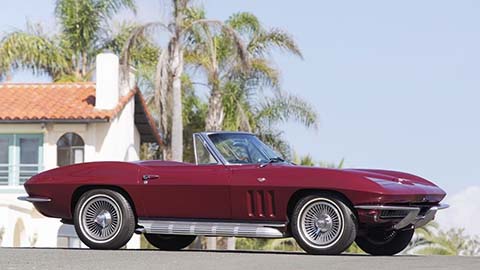 Having caught one of the creatures during a fishing trip in Florida, the head of design at General Motors Bill Mitchell enlisted the help of designer Larry Shinoda to create a design that emulated the shark he was so intrigued by. The concept version was revealed in 1961 under the name XP-755 Shark, and its radical styling was tamed to influence the second generation car's design.