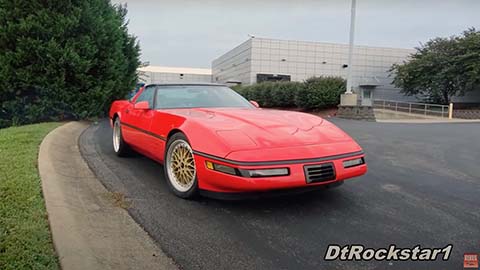 Sporting an 8.0-liter V-10, the original Dodge Viper seriously outgunned the contemporary Chevrolet Corvette C4. So General Motors decided to drop a V-12 into the 'Vette as a possible way to compete.

That sound is generated by a 600-cubic-inch (roughly 10.0-liter) V-12 built by Ryan Falconer Racing Engines. The all-aluminum engine produced a claimed 686 hp and 680 lb-ft of torque when new – eclipsing the contemporary Viper's 400 hp and 450 lb-ft of torque – and weighed about the same as an iron-block V-8. 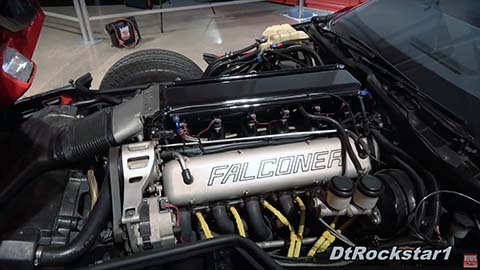 When new, the ZR-12 even had Viper-like side pipes, although these were subsequently removed. Today, the car has a dual exhaust system more like that of a stock C4 Corvette. The wheels were changed at some point as well.

The ZR-12 never went into production. Chevy had already spent a lot of time and money developing the 380-hp V-8 Corvette ZR-1, which, along with later Z06 and ZR1 (minus the hyphen) variants, took the fight to the Viper. Today, the Viper is gone, but Chevy is about to launch the 2023 Corvette Z06 with a 670-hp flat-plane crank V-8. Future Corvettes are expected to use a hybrid powertrain, combining a V-8 and electric motors, and an all-electric powertrain, for extra power, so it's unlikely that we'll ever see another factory-backed attempt at a V-12 Corvette.