With its reworked engine, brakes, and suspension, Steve explains why the C4 Chevy Corvette was a big improvement over the C2 and C3. 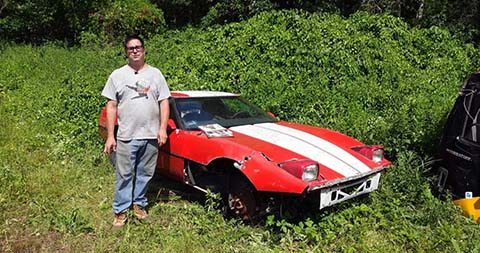 With its reworked engine, brakes, and suspension, Steve explains why the C4 Chevy Corvette was a big improvement over the C2 and C3.

If you want a good look at an epic barn find or junkyard find, Steve Magnante is the man to go to. The YouTuber and journalist conducts various junkyard crawls where he goes and checks some pretty epic cars sat rusting away, some of which can sometimes be quite rare. In one of his latest videos, he has come across a 1984 Chevrolet Corvette C4 sat at Bernardston Auto Wrecking in Bernardston, Massachusetts. Steve gives a nice history lesson on the C4 Corvette and explains why the car was once the pinnacle of the Corvette world.

A Closer Look At This '84 Corvette

This Corvette was certainly hyped up a lot in the press back in the day, with Magnante showing us a Car & Driver magazine with a spy photo on the front cover of a very interesting looking Corvette. It was an ugly ducking on purpose, designed to confuse spy photo geniuses like Jim Dunne. The C4 Corvette though was a big step up from the C2 and C3 generations that came before it due to its fiberglass body and Cross-Fire Injection 350 engine under the hood, only found in '84 models. Another major improvement was the C4's use of forged aluminum in the upper control arms.

A Late Start For Corvette 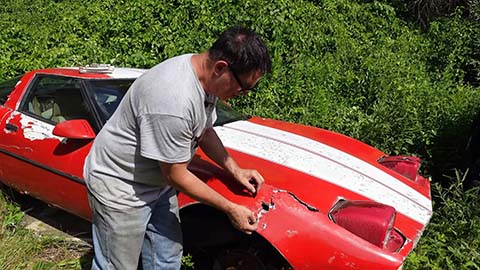 Chevrolet as Magnante tells us actually started making these cars quite late on. This meant there was no 1983 Corvette, so the 1984 model run for the Corvette was a very long one. Power steering, power brakes, and air conditioning were all standard features on this Corvette model. Magnante also points out the open-top of the C4 Corvette, and that there are tall sills in the door that you have to climb over to get in. That is about maintaining stiffness and rigidity, as Chevrolet management did not want a Targa top on the Corvette. 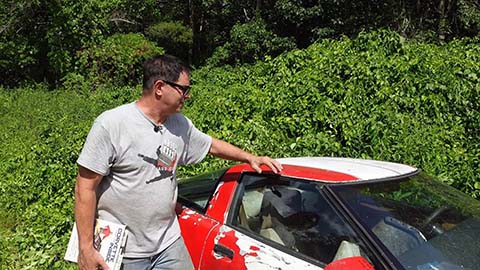 The roof panels on the C4 Corvette are really bolted in; if you want the roof removed, you must use a special tool. The roof is very much an integral part of the A and B pillars and helps keep them bound and to stop the car flexing. If you go road racing, Magnante says, you keep that roof in place! At the back, he points out the disc brakes and Australian sourced calipers in the back, which gives us a bit of a look at the rear axle too. This is one interesting car to come across in the junkyard.