Chevrolet sold over 50,000 examples of the 1979 model of the C3 Corvette breaking sales records. 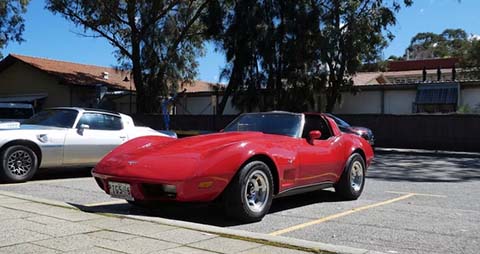 Introduced in 1953, the Chevrolet Corvette is one of the most iconic names in automotive history. Despite all the changes and regulations affecting the American car market throughout the years, the Corvette stayed popular among car enthusiasts for over six decades.

The ‘Vette bears a logo that captures many symbols regarding its background, including American exceptionalism and Chevy's mighty racing soul, things that are the boldest in every inch of the Corvette.

Dubbed C3, the third generation of the Corvette was a commercial success for Chevrolet. Although the previous generation was pretty popular, the C3 broke the record by selling over 530,000 units throughout its production.

The total production for most C3 model years surpassed the 25,000-unit mark, but it was the 1979 model that had the highest number of sales. Without further ado, let's take a look at what made the '79 model year the best-selling Corvette of all time. 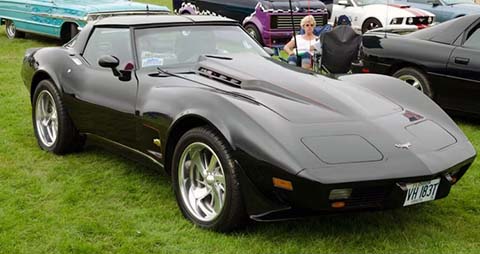 This is all while the '79 model was the first Corvette to have an MSRP over $10,000. Initially, it was retailed for $10,220. However, the jump in the price didn't stop car enthusiasts from getting their hands on Corvettes.

Chevrolet offered the Corvette in 10 colors that year. The most popular color was black, with over 10,400 units sold. In contrast, with less than 2,400 models, yellow was the least sold color of the Corvette. Other available colors for the 1979 Corvette consisted of Classic White, Silver, Light Blue, Dark Green, Light Beige, Red, Dark Brown, And Dark Blue.

The Shark Design Of The C3 Corvette Made It An Icon 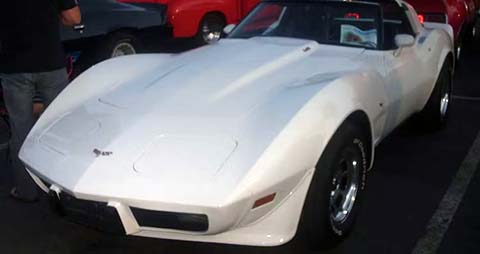 One of the major selling points of the C3 Corvette was its iconic shark design. A long hood, curved fastback rear window, and track tires gave the C3 Corvette a menacing look, ready to put any foreign exotics to shame. Although Chevrolet manufactured over 7,000 more units of the '79 Corvette than the previous model year, there were very few changes and upgrades compared to the 1978 model.

For the 1979 model, the optional "high back" seats became standard. These seats were popular for featuring better side bolster, better access into the rear storage area, and reducing the overall weight of the Corvette by 24 pounds. Moreover, tilt-telescopic steering columns and power windows became standard on all 1979 Chevy Corvette models.

Besides some minor upgrades in the headlights and the trim around the fastback window, one of the noticeable changes in the 1979 model was a more secure ignition cylinder lock. The '78 Corvette was notorious for being the most often stolen car. Thankfully, the '79 Corvette owners didn't have to worry about lock-pickers anymore. 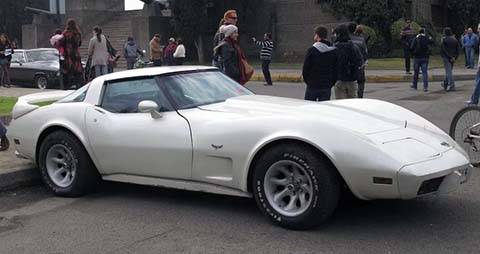 Year by year, previous Corvettes were subject to a reduction in power output due to fuel economy regulations. However, things changed for the better with the 1979 model year.

Thanks to the low-restriction intake that was previously featured only on L82 models, the base L48 now had a 5-horsepower increase in output and could output 195 ponies.

The L82, on the other hand, offered as much as 225 horsepower and, besides the slight increase in horsepower, it now featured an air conditioning system as standard.

Although the numbers are almost half of what the 1967 C2 L88 Corvette could offer, the L82 variant still had what it took to impress anyone sitting behind its wheel. Soon after it entered the market, The Road and Track magazine test drove the '79 Corvette that featured an L82 engine. According to their records, the Corvette could sprint from idle to 60 mph in just 6.6 seconds and finish the quarter-mile track in 15.3 seconds at 95 mph.

1979 was the last year that Chevrolet offered the manual gearbox option for models equipped with the L82 powertrain. When ordering the previous C2 version, customers predominantly chose manual transmissions over automatic ones. However, for the 1979 model, less than 20% of the orders included manual gearboxes.

Final Verdict: The Numbers Speak For Themselves 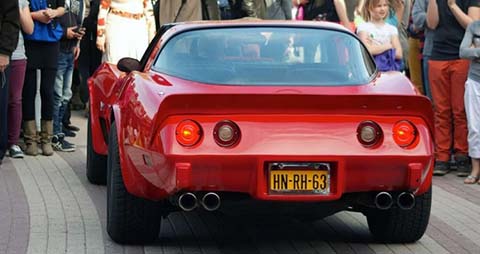 In conclusion, the 1979 model rightfully earns the number-one spot in the list of the best-selling Corvettes of all time. Although it didn't offer any drastic differences from the previous model year, the minor upgrades and various standard features made it popular among car enthusiasts.

Although the original MSRP was the highest it had ever been, people didn't mind spending over $10,000 on a supercar killer.