When it comes to 1960s Chevrolet Corvettes, most enthusiasts lose their minds over the 1963 version. Because it's the only Corvette that had a split rear window. At 10,594 examples built, the 1963 model is far from rare, but that rear window turns it into a highly sought-after one-year gem. But few people know that the 1962 Corvette also comes with a special feature. 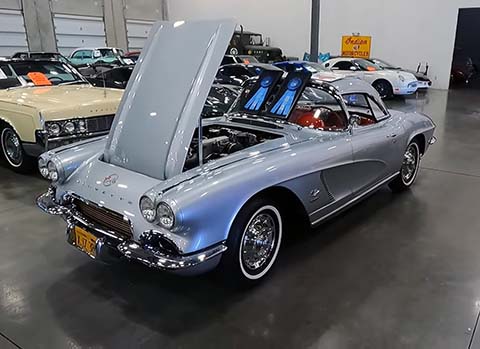 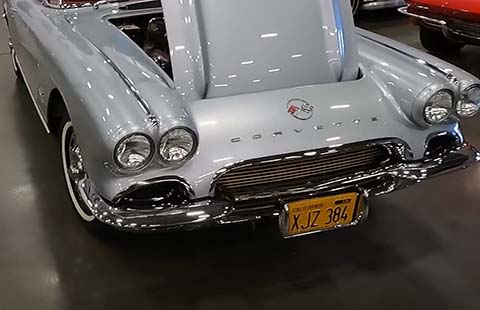 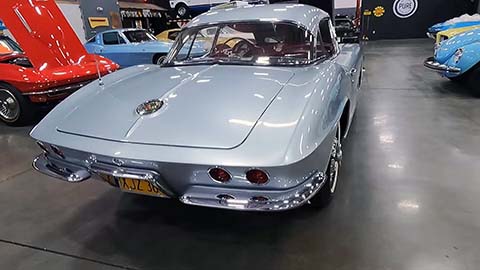 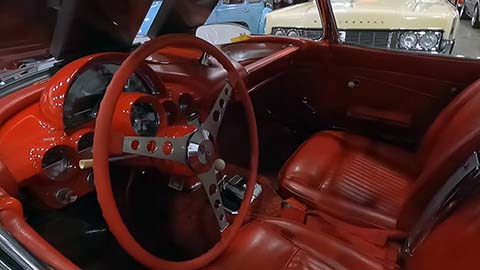 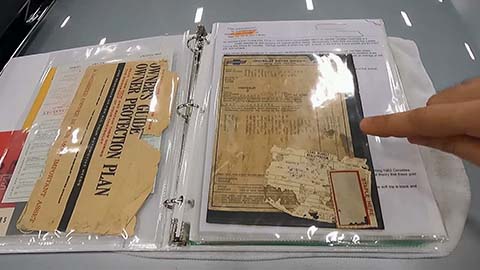 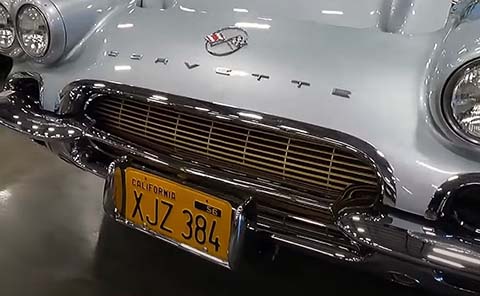 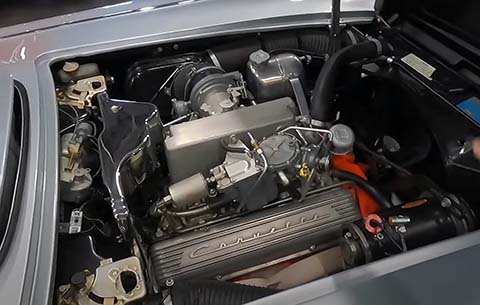 It's not as significant as the rear window, but it's much rarer because it was fitted on just a few cars. Specifically, while most 1962 Corvettes had a black front grille, some were equipped with anodized gold elements instead. Why? Well, nobody really knows why, but Corvette enthusiasts have been debating a couple of scenarios for decades.

One theory is that Chevrolet planned to feature the 1962 Corvette as its 50th Anniversary car. The celebration would have included a limited production run of 50 examples fitted with anodized gold grilles among other special features. But Chevrolet changed its mind and decided to use the Impala for the occasion, creating a Golden Anniversary edition of the full-size.

The story goes that the 50 anodized gold grilles were shipped to the St. Louis factory before Chevrolet changed its mind. And that the folks at the assembly plant used the grilles they had on random Corvettes during the 1962 model year.

Another theory is that the grilles were used very early in the model year on Corvettes fitted with high-power V8 engines. Now we don't know what this means exactly, but the 1962 engine lineup included a 327-cubic-inch (5.4-liter) V8 with four different output ratings.

There was a base model good for 250 horsepower, a mid-range option rated at 300 horses, and a top-level unit that delivered 340 horsepower. On top of that, Chevrolet offered a fuel-injected version of the 327 V8 with 360 horses on tap. Were these anodized gold grilles fitted on 50 fuel-injected cars?

We'll never know for sure, but the 1962 Corvette you're about to see below is one of those rare units that features both a gold grille and a "fuelie" 327 V8 engine.

Granted, it's a feature you can easily miss at first glance, but it's a cool addition to the stylish yet sporty 1962 Corvette. Especially if the said car is finished in silver, like this absolutely gorgeous example here. Yup, you're looking at a Concours-ready restoration. A car that has won several awards and comes with a big file to prove it.

And yes, it's a numbers-matching car, it's a very desirable version with the four-speed manual, and it has only 60,000 miles (96,561 km) on the odometer. And get this: the file I mentioned before includes the car's original window sticker and paperwork. Now that's something you don't see every day!

One of only 1,918 fuel-injected 1962 Corvettes, this Chevy is already rare thanks to what's under the hood. But that grille turns it into an even rarer classic. And if the legend about Chevy having built only 50 anodized gold grilles is true, it might just be one of only a few examples that survived to see 2022.

Check out this somewhat mysterious Corvette in the video below. The car shows up at the 2:12-minute mark.