When is a Corvette a Sting Ray and not a Stingray?

By Brandan Gillogly on September 6, 2022 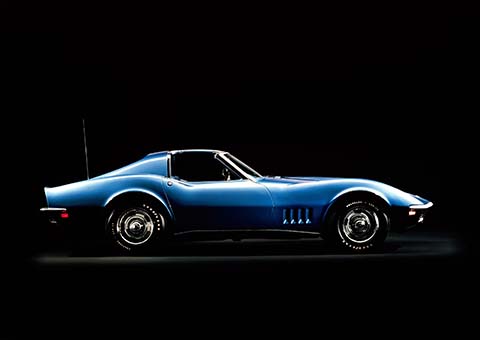 Quick – is the 1968 Corvette above a Sting Ray or a Stingray? If you're a Corvette enthusiast, you probably know the difference, right? Plenty of Vette fans, even those that aren't owners, will be quick to correct you if you happen to use the incorrect phrase while debating the finer points of America's Sports Car. May Zora Arkus-Duntov help you if you make that mistake on the wrong forum.

The “Sting Ray” moniker, two words, was first used on a production Corvette in 1963 for the second-generation cars, which featured a major front-end restyling compared to the first, along with a major chassis redesign and an independent rear suspension. 1963 also marked the first time a hardtop coupe was available in the Corvette lineup. The aquatic name had been previously applied to the XP-87 development car, which was dubbed the Stingray Racer. Its design would influence the XP-755 Mako Shark concept and, eventually, the production 1963 Sting Ray.

The third-generation Corvette debuted in 1968, with lines that evolved from the Mako Shark II concept from 1965 and Pontiac's XP-833 from 1966. When the 1969 Corvette rolled out, it wore a few structural changes and only a few minor functional updates, including a new door-handle mechanism. It also wore script “Stingray” emblems on each fender – this time, one word. A Stingray badge would remain on Corvettes through 1976. In 1977, the Stingray name was gone, both from the car and from brochures, not to return until the seventh-generation Corvette in 2014.

The fact that Corvette wasn't labeled with Stingray in 1968 has led many Vette fans to assume that '68 models aren't Stingrays, and they're right. However, they are Sting Rays, as 1968 sales brochures show. Photo captions call the '68 Corvette a “Sting Ray” just like the earlier second-gen cars, as does the body text. Of course, this muddies the waters a bit, as many fans accept Sting Ray as referring to second-generation Corvettes, but car nomenclature is full of one-year-only oddities and trivia like this. If these sorts of idiosyncrasies didn't exist, we'd have to find other very important things to argue about, like which cars count as muscle cars or why Pontiac Trans Ams are cooler than Camaros. 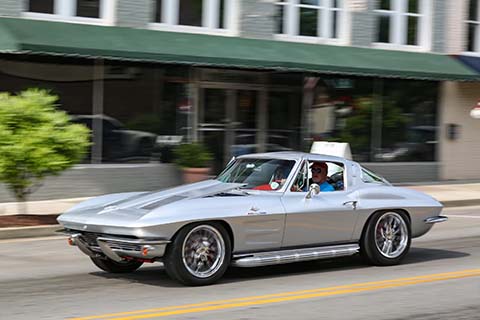 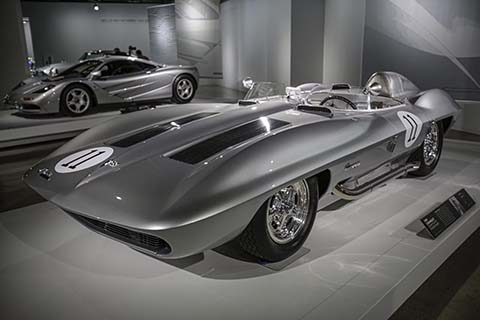 XP87 on display at the Petersen Museum Brandan Gillogly 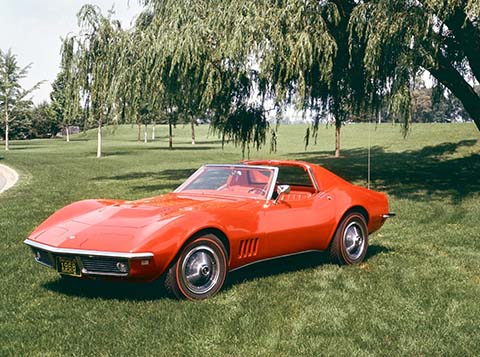 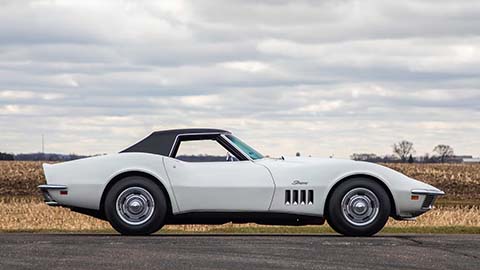 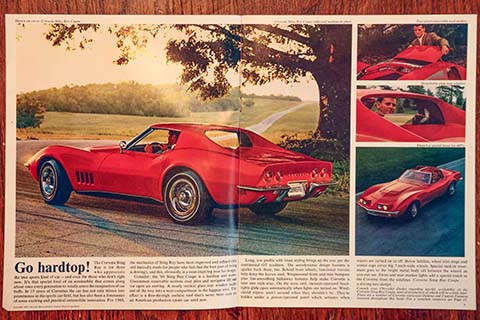