The 2004 Chevrolet C5 Corvette was the last car to feature pop-up headlights, here's why they no longer exist. 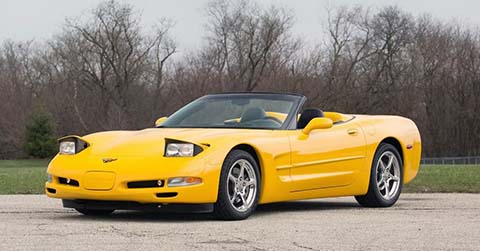 Pop-up headlights are an iconic styling cue that has featured on some of the most beautiful cars ever created, from sports cars to family sedans. However, they've been out of practice for nearly two decades now, and even though many might prefer regular headlights, it's a shame we'll probably never know what a modern production car could look like with pop-up eyes.

The last vehicle to feature the distinctive design element was the 2004 Chevrolet Corvette C5, and the Lotus Esprit right before it, and the fact that no automaker has done so since isn't a coincidence.

The history behind pop-up headlights is more complex than you might imagine, and goes back all the way to 1935. So, without further ado, let's get into the details before revealing why the Corvette C5 was the last lucky car to sport hidden headlamps. 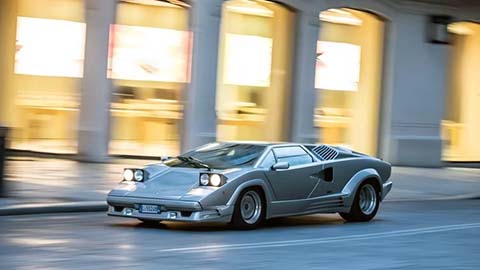 Back in the 1935 New York Auto Show, pop-up headlights first emerged on the Cord 810, and other automakers began to play with the design shortly after. Early iterations needed to be manually cranked in order to raise the headlights for use, and the first production vehicle to feature power-operated pop-ups was the 1962 Lotus Elan.

But why did pop-up headlights make sense? Well, there are plenty of reasons. First off, at the time, regular headlights weren't able to sit flush with a vehicle's fenders, which is why most cars displayed bulging fenders in order to house the lights and all their components. Pop-up headlights were a perfect solution because they could provide seamless aerodynamics when not in use, which resulted in less drag and slightly improved fuel economy. The other advantage was purely aesthetic, slick front ends simply looked better than voluptuous regular-headlight alternatives.

Then, in the '70s, new safety regulations stipulated that a vehicle's headlights had to remain above a certain height in order to be legal. This wasn't a problem for SUVs and regular sedans, but it was a different story for sports cars with low front ends. The only way to keep a car low to the ground while also complying with new regulations was through the implementation of pop-up headlights, which allowed them to sit higher than the hood itself. 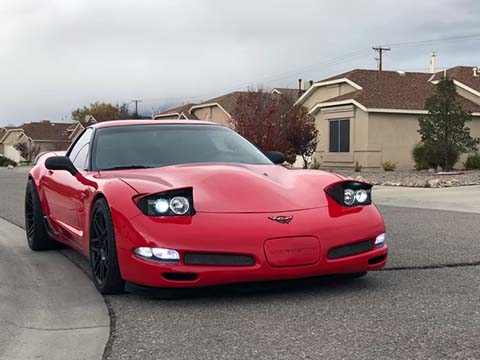 In 2004, just after the release of the Chevy Corvette C5 and Lotus Esprit, a new European regulation required new production cars to feature deformable and absorbent front ends, and dangerous protruding elements above a vehicle's front bumper weren't allowed. This regulation - intended to protect pedestrians, didn't directly ban pop-up headlights, but it made manufacturing them much more of a hassle because they needed to be able to retract almost instantly upon collision. This made every car manufacturer in the world steer away from implementing the use of pop-up headlights, simply because they were harder to manufacture, more expensive, and heavier.

Now, even though this regulation only applies in Europe, manufacturers all around the world still have to comply if they want to sell their vehicles there, which is why pop-ups are no longer a thing altogether.

Some Of The Most Iconic Cars To Feature Pop-Up Headlights 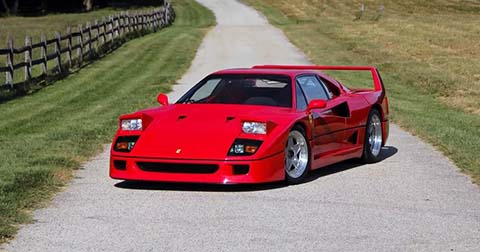 We've already mentioned the 2004 Chevy Corvette C5 and Lotus Esprit, but several cars came before them with truly timeless pop-up designs. First up is the Ferrari F40; not only was it the last car signed off by Enzo Ferrari as well as the fastest car in the world upon release, but it also featured a set of pop-up headlights that made the supercar look utterly gorgeous when flat.

Another icon is the BMW M1, its thin shark-like front end was practically begging for a set of pop-ups in order to create a truly seamless face, and the folks over at BMW and former Lamborghini employees hit it out of the ballpark.

Lastly, there's the Acura NSX, which is widely considered to be one of the most beautiful Japanese supercars ever manufactured. We're not saying it obtained that title purely because of its pop-up headlights, but they sure do a good job of making its front end slick and sexy.

It's truly a shame that we'll probably never see new implementations of pop-up headlights ever again, especially with mainstream tech such as automatic high-beams and adaptive headlights that can literally change position within their casing. However, the absence of modern iterations also makes pop-up headlights instantly relatable to classic cars, and their role in automotive history will remain unforgotten.