The only 1969 Chevrolet Corvette Stingray ZL-1 convertible ever built is set to be auctioned for the first time in January.

The Monaco Orange car is one of just two that were ordered with the high performance ZL-1 option that year, the other being a coupe.

The ZL-1 package was built around a version of the legendary L-88 427 cubic-inch V8 engine that was developed for Can-Am racing.

The monster motor was officially rated at 430 hp, but was actually far more powerful. 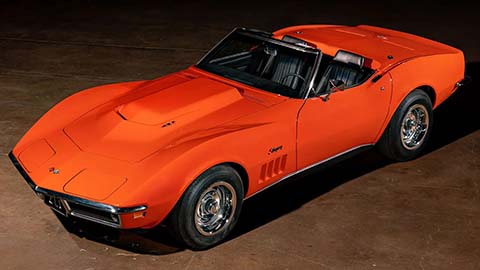 This is the only 1969 Corvette Stingray ZL-1 convertible. (RM Sotheby's)

Tests indicated that its output was closer to the 560-580 hp range. 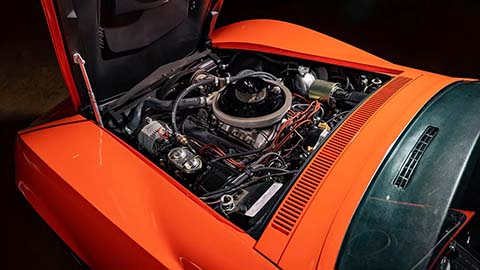 The ZL-1 also received upgraded brakes and suspension and a positraction rear axle, but sacrificed the radio, air conditioning and heater at the altar of speed. Buyers did not get a discount for the missing equipment, however, as the cost of the option essentially doubled the Corvette's $4,781 base price, explaining its rarity. 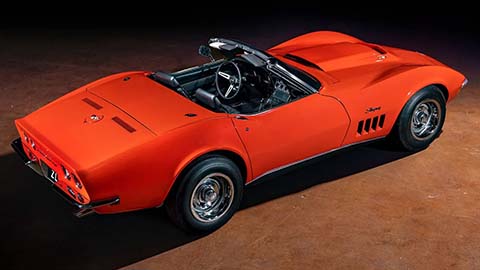 The ZL-1 package doubled the price of a Corvette. (RM Sotheby's)

The car was purchased new and underwent a few modifications for drag racing, but sold to its current owner in 2007, who had it restored to its original condition in 2014.

The only major component that's not from the factory is the aluminum short block assembly, which had to be replaced under warranty during its first year on the road after the engine blew. 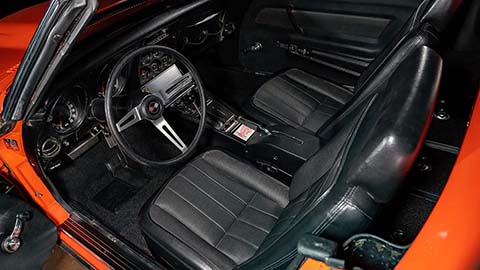 This car has only had two owners since new and was ordered with the M40 automatic transmission. (RM Sotheby's)

The car is scheduled to cross the auction block at RM Sotheby's Arizona auction on Jan. 26 and has a pre-sale estimate of $2.6 million to $3 million.

A sale at the high end would make it the third most expensive Corvette ever sold, behind the $3.85 million and $3,424,000 paid for a 1967 L88 convertible and coupe, but it is possible this unique car could end up blowing them both away.