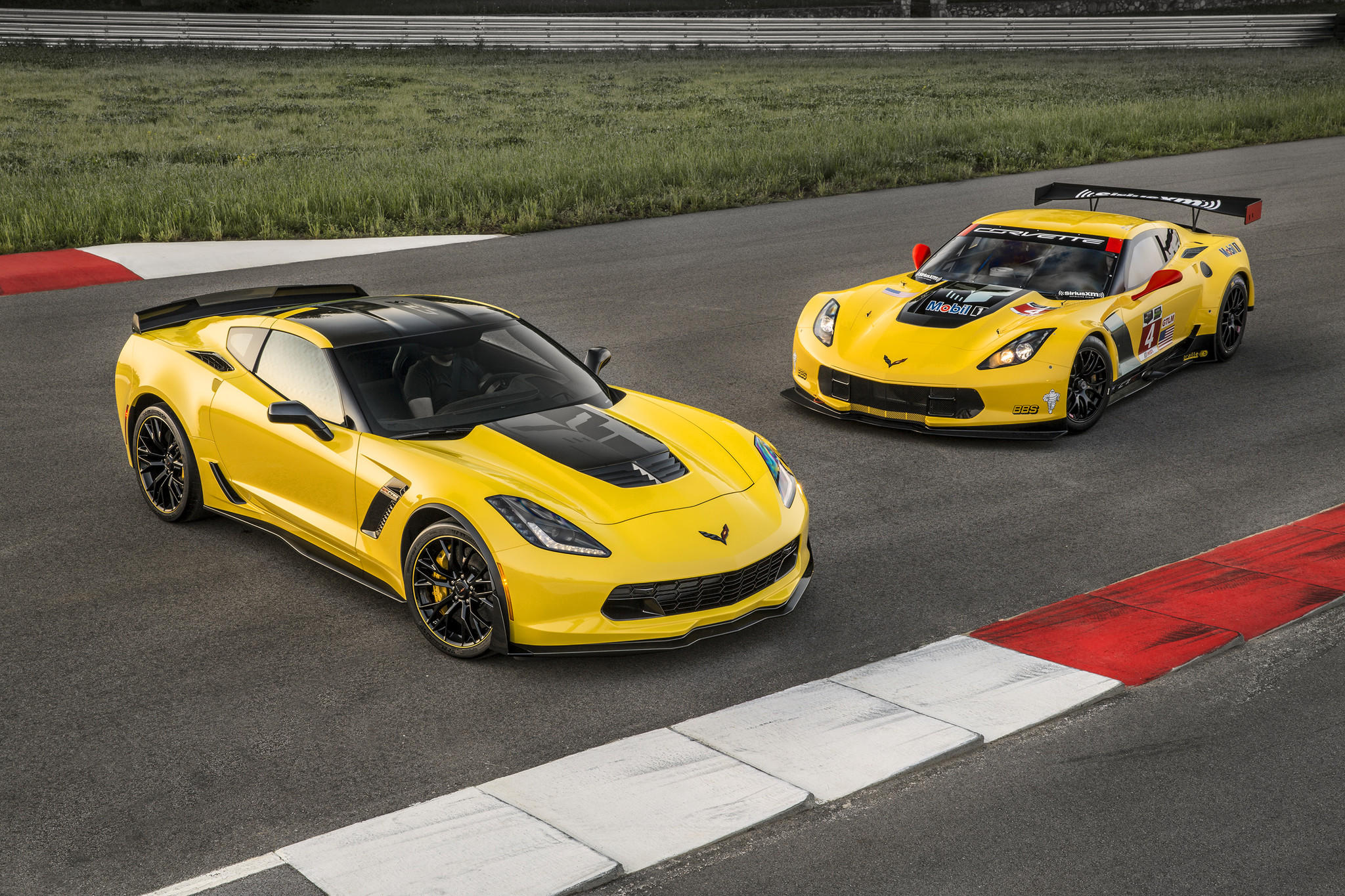 The 2016 Corvette Z06 C7.R Edition pays homage to the Corvette Racing race cars. Offered in coupe and convertible models, only 500 will be built - each with a unique, sequential VIN.

Chevy is making good on its promise to produce a faster Z06 supercar. The company will unleash a new 650-horsepower Corvette later this year.

The 500-unit limited run of the "road-going, track-capable" Z06 C7.R will be powered by a 650-horsepower supercharged LT4 engine, and be fitted with Brembo carbon ceramic brakes and Michelin PS Cup 2 tires.

The 2016 model Z06, fitted with the full performance package, is "the most track-capable cars you can buy off the dealership floor and still drive it to work every day,” said Harlan Charles, Corvette product and marketing manager.

Each limited-edition C7.R will be numbered, in a sequence starting with the VIN number 700001. Each will come with its own indoor car cover, decorated with exclusive C7.R graphics.

The C7.R will join the Ford Mustang GT and Dodge Challenger and Charger Hellcats in the field of American race-ready, street-legal supercars.

Chevy says pricing will be revealed in May, and cars will be in dealerships in August or September.