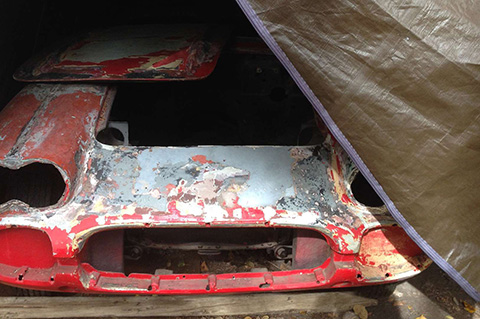 "The Hard Rock Cafe opened in 1995 in the West Edmonton Mall. That's where I first saw the car." Rory Christianson loves C1 Corvettes. When he made the 2-hour trip from his home in Stettler to Edmonton, Alberta, Canada, he would patronize the world's largest mall (at the time) to gaze at a real Vette "hanging on the wall." The red-with-white-cove '61 was a dazzling sight to behold a few yards away from a patron sipping on a bottle of Moosehead Lager. The classic had no engine or transmission, but the rearend, front suspension, frame and body were "all there." 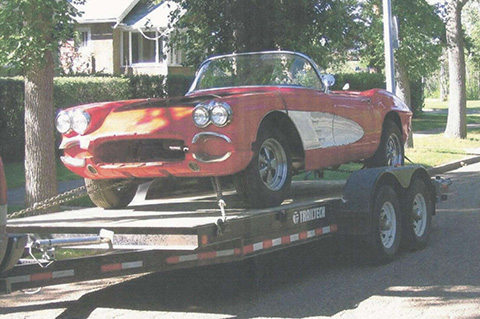 © Provided by Hotrod - Rory got this picture from Tom, showing the ’61 on a trailer 10 years ago.

Bolting this C1 onto the wall must have required steel beams because the car even came with a set of old style Cragar SS wheels, tires, bumpers, windshield and more. The Hard Rock even turned on headlights and taillights to signal the place was open. 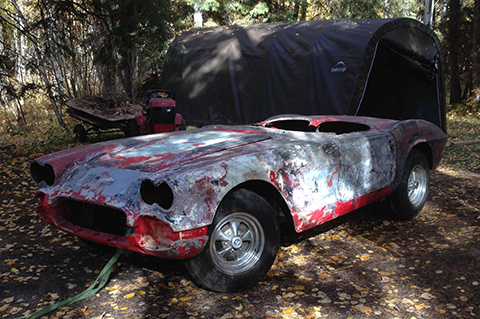 © Provided by Hotrod - Dan had begun scraping the paint off the body.

The cafe closed down in 2000. Christianson always wondered what happened to the Hard Rock Cafe Vette wall ornament. Then, one day he read an ad on Kijiji (pronounced ka-gee-gee and similar to Craigslist in Canada) for a '61 Corvette that needed a restoration.

After Christianson talked to the owner, Dan Edgar, he was intrigued to hear him say, "Do you remember the '61 Corvette that was on the wall of the Hard Rock Cafe?"

Dan thought to himself, "I remember sitting there eating and drinking more than once and telling who was ever with me that I was going to own a C1 like that some day. I just didn't think I'd get that car." 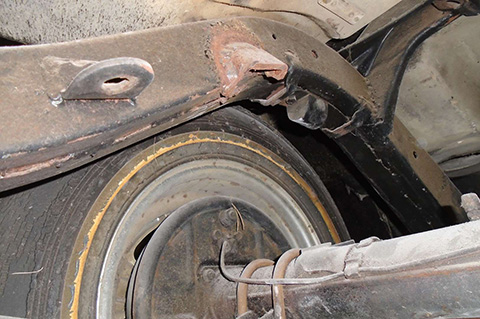 © Provided by Hotrod - Christianson plans to remove the brackets, such as these two welded to the frame, that mounted the ’61 to the Hard Rock Cafe’s wall.

Edgar lived on acreage just outside of Edmonton. He purchased the 1961 Corvette in 2005, five years after the Hard Rock shut down.

Christianson felt the $16,000 price "was a little expensive," so he didn't jump at the deal. "I think Dan was partially hanging onto the '61 hoping he could have the time and money to restore it."

Four years passed. Christianson didn't give up on the Vette. He talked to other C1 Corvette enthusiasts who thought Dan should be able to find a comparable project for maybe 10 grand. 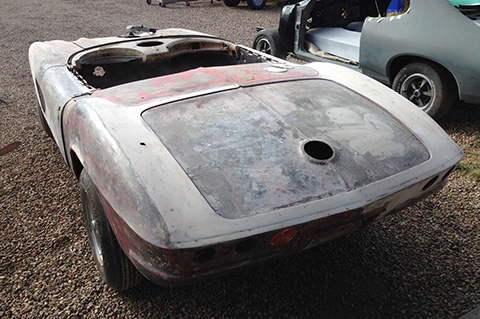 © Provided by Hotrod - Christianson says the ’61 came with a 283 and a four-speed, but what 283 he doesn’t know. He is currently building the car at his shop, Passion Customs in Stettler, Alberta.

"I looked around and couldn't find one for 10. I finally got him down to 13 and that's what I paid."

The date of the sale was October 4, 2015. Christianson's plan is to build the Vette to race in the Stock Eliminator class of NHRA and IHRA. I can think of the name of a famous restaurant to put on the side of the car. Christianson still has the brackets that bolted the '61 to the wall of the Hard Rock. But, I assume Christianson will be hanging trophies on his wall, not a C1 Corvette. 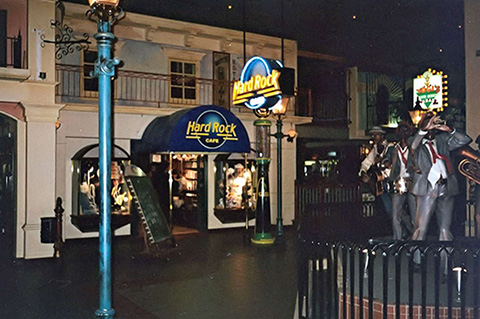 © Provided by Hotrod - Christanson was able to find an old picture of the Hard Rock Cafe in the West Edmonton Mall. Now, he is looking for a photo of the ’61 Vette on the wall.

NOTE: If anyone has an old photo of this 1961 Vette on the wall at the Hard Rock Cafe, please contact jerryheasley@gmail.com.