Now that the Corvette C8 Stingray has been launched, the Chevrolet Corvette team is turning its attention to the next variant of the mid-engine sports car: the mighty Z06. Luckily, our spies just caught a prototype of what's believed to be the Corvette C8 Z06 as it was undergoing testing, with the development model showing several noteworthy features. 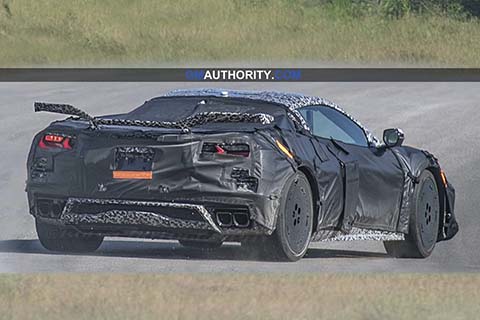 Arguably the most eye-catching element of this Corvette C8 Z06 prototype is the prominent rear wing, which GM Authority exclusively reported earlier this year. These shots confirm the validity of our report. This wing will be offered as part of an optional package, likely the Z07 package. 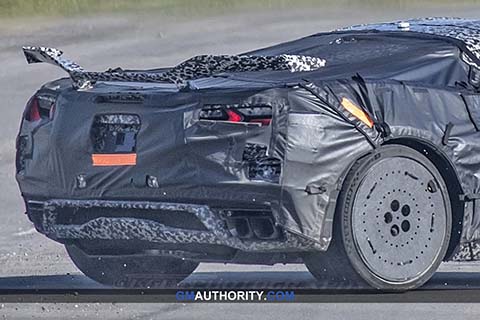 As of this writing, it's unclear whether or not the Corvette C8 Z06 will offer active aerodynamics elements. Whispers around the industry say that many active aero features might end up being reserved for the C8 ZR1 and C8 Zora variants, though some might still make their way to the Z06. 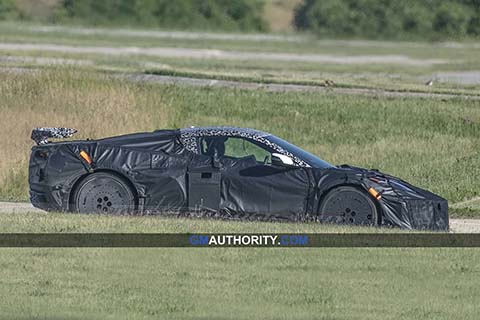 Next, allow us to direct your attention to the front fascia. The heavy camo appears to be hiding an intricate intake on the outer edges of the front bumper, reminiscent of the multi-LED setup on the C8.R. 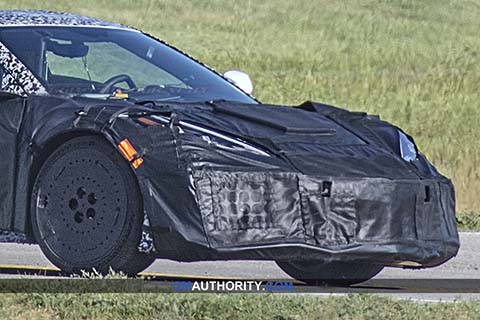 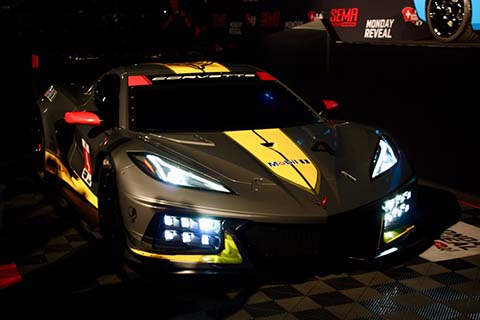 Meanwhile, the sidewall of the front tires appears to read 275/30ZR20. The script on the rear tires isn't legible, though it looks like they could be a match for 345/25R21. Both sizes were detailed in a report earlier this month.

Exact sizing details aside, this prototype makes it clear that the wheels and tires are staggered, and that the rear tires are very wide – much wider than those on the C8 Stingray. The rubber on this prototype is none other than the Michelin Pilot Sport Cup 2 R compound, developed specifically for track use. 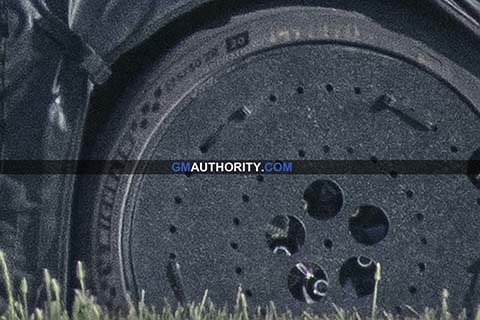 Furthermore, a set of carbon fiber wheels are likely hiding behind those wheel covers. We've heard that the wheels will also be part of the optional Z07 package, and that aluminum alloy rollers will be included as standard with the Corvette C8 Z06. 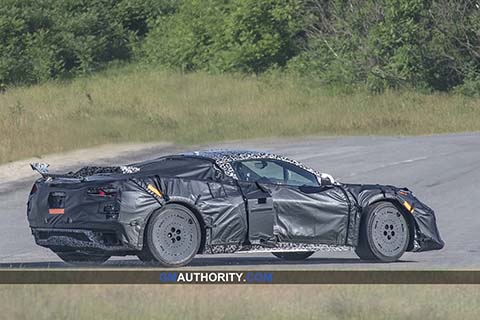 Expected for the 2022 model year, the Corvette C8 Z06 will focus on dominant performance at the track. GM Authorityexpects it to be powered by the upcoming, naturally-aspirated 5.5L V8 LT6 engine with a flat-plane crankshaft. The DOHC 32-valve, rev-happy motor is expected to make around 600 horsepower and between 480 and 550 pound-feet of torque. 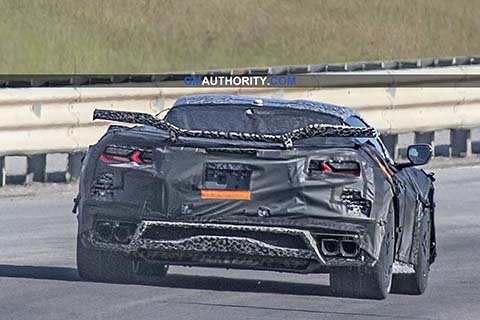 We initially expected the 2022 Corvette C8 Z06 to arrive in the second half of the 2021 calendar year. However, the COVID-19 pandemic has pushed that timeline back by a few months, and the launch might now slip to late 2021 or early 2022.

The C8 Z06 will be the first major addition to the all-new mid-engine Corvette C8. Later on in its lifecycle, the vehicle will also see the C8 E-Ray, C8 Grand Sport, C8 ZR1, and C8 Zora variants.

We'll have more on the 2022 Corvette Z06 soon, so be sure to subscribe to GM Authority for more C8 Z06 news, Corvette news, Chevrolet news and around-the-clock GM news coverage.