Styling changes, technology advances, and engines move, but the Corvette remains a performance value for all time. 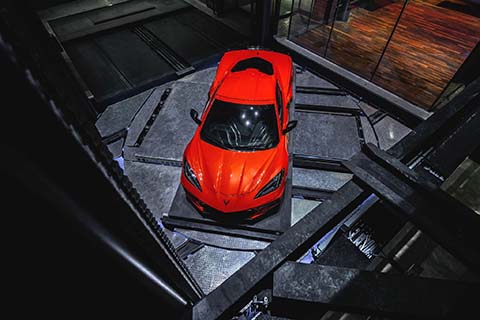 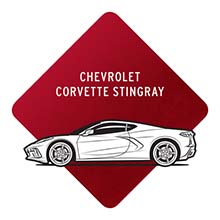 In some alternate universe, golf clubs and targa tops don't exist and the 2021 Chevrolet Corvette is 174.4 inches long. That happens to be the length of the Audi R8, a car that is about eight inches shorter than the Corvette. But Corvette buyers love Pings and they love removable roof panels, so the C8 has a big ol' trunk behind its mid-mounted V-8. It looks weird from certain angles. Not as weird as a stretch Lincoln MKT but also not as tidy as it might have been. Maybe GM should've hired some of the people who used to build secret cargo compartments into Trabants headed to West Berlin.

And that's about it for our beefs with the Corvette, which is a performance value for all time. Its 2.8-second 60-mph time slots neatly between the Ferrari 488 Pista's 2.7-second sprint and the Porsche 911 Carrera S's 2.9-second run, yet its $59,995 base price aligns with those of half-ton pickups and tarted-up Jeep Wranglers. And this isn't a case where there's a headline-grabbing value model that rolls on four space-saver spares and has an interior made of soggy cardboard. We'd probably grab the $5995 Z51 performance package, but you don't need it to secure the Corvette's essential promise of outrageous speed and exotic mid-engine extroversion. Even the interior, long a Corvette afterthought, is well wrought in any trim, with supportive seats and expensive-looking switchgear. 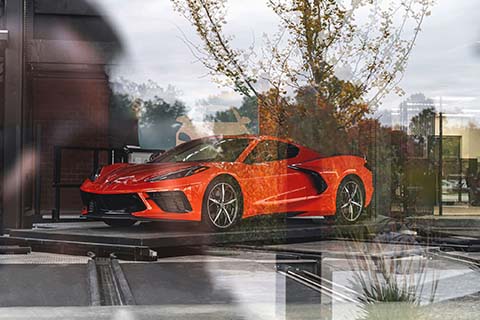 We always expect Corvettes to be 99th-percentile quick, but this one also offers a degree of refinement and versatility that surprises us. With a control-arm suspension front and rear, the C8 provides a compliant ride while retaining the ability to slay your favorite set of corners. The base model's specially developed Michelin Pilot Sport All Season 4 ZP tires won't turn to Teflon in cold weather. The eight-speed dual-clutch can quietly slur its shifts in automatic mode or crack off tire-barking upshifts and perfect rev-matched downshifts in manual mode. And the active exhaust is demure at part throttle but unleashes a high-decibel bellow when you put your foot down. This is a supercar that can handle a 100-mile commute. It's also a coupe that's a part-time convertible: Flip three latches and the targa roof pops off. Or leave the roof in place and you can fit two sets of golf clubs in the back. Can't do that in an R8. 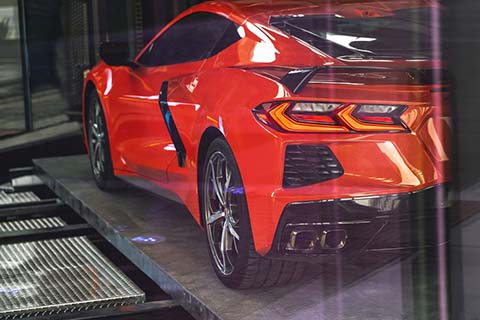 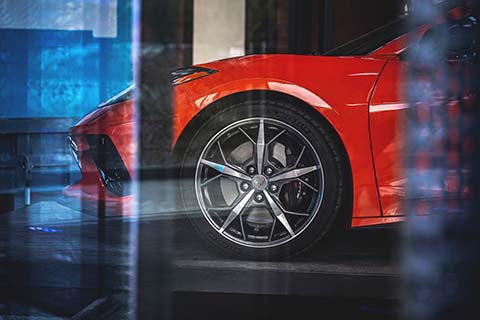 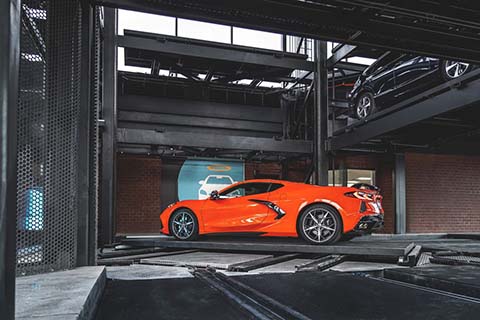 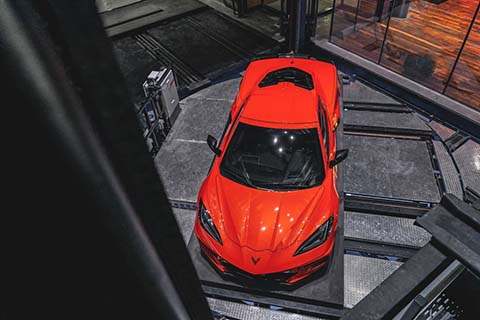