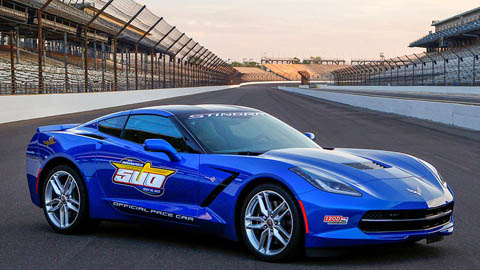 In an un-stunning announcement, the Indianapolis 500 revealed today that the pace car for the 97th running on May 26 would be the 2014 Chevrolet Corvette Stingray. Given that General Motors has been the pace car provider since 1996, and that Vettes have led the field six of the past 10 years, the only surprise would have been if Chevy had substituted a Sonic EV instead of a Vette or Camaro  although the last non-sports car Chevy offered as a pace vehicle was the SSR in 2003. Maybe it's best to stick with what works.