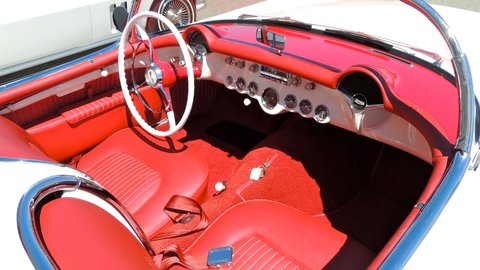 The dashboard of a 1953 Chevrolet Corvette.

The event certainly highlighted the changes that have taken place in the two-seater. The new Corvette, unveiled this year, is arguably the most technically advanced, most powerful and most fuel-efficient. But still, next to that 1953 model, even with that car's primitive brakes, punchless engine and buckboard handling, there's nothing that screams "Corvette!" quite like the original.