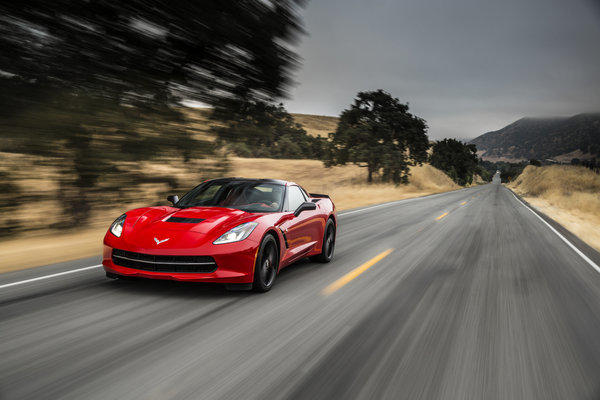 General Motors has hit the mark with the 2014 Corvette Stingray, balancing a towering legacy with the technological demands of a new century. The Stingray nonetheless sticks to the 60-year-old formula of premium power and handling on a Chevrolet budget. (Chevrolet)

On his mind were consumers' changing buying habits, the strength of the auto market in the coming years and GM's plans for diesel and hybrid powertrains in its vehicles.

Like the Corvette? "Actually, don't laugh," Reuss said with a telling smile. Using an energy recapturing system like that found on hypercars such as Ferrari's LaFerrari or McLaren's P1 -- both hybrids -- presents many advantages.

Faster versions of the seventh-generation icon are virtually guaranteed, despite the 6.2-liter V-8 in the base Stingray coupe and convertible making 455 horsepower and 460 pound-feet of torque. Already, spy photos of a Z07 -- successor to the current Z06 -- have been snapped with estimates putting that model's horsepower at around 600.

With fuel economy and carbon-dioxide emission regulations tightening around the globe, automakers must pay increasing attention to the efficiency of their cars -- even the fast ones. For this generation Corvette, Chevy built into the engine fuel-saving technologies like direct-injection and cylinder deactivation.

Adding a kinetic energy recovery system, or at least an electric motor that would supplement the power of a gas engine, presents a win-win scenario for automakers; they can add power and efficiency at the same time.

Numerous brands have been using similar systems in race cars for several years. Ferrari's all-new LaFerrari hypercar draws 161 of its 923 total horsepower from a KERS system. Its rival, the McLaren P1, gets 176 of its 903 horsepower from such a system.

The possibilities of what this could mean for faster versions of the Corvette Stingray have Reuss eagerly eyeing the future. "It's exciting stuff, I mean it is," Reuss said. "It's cool." Cool enough not to laugh at.