As a gift for retired long-time General Motors design chief Harley Earl, the GM design staff he had once overseen plucked a 1963 Corvette Sting Ray from the St. Louis factory and customized it to his tastes  from sporting side exhausts to a second instrument panel. Next month, that Corvette will go up for auction at Mecum's event in Chicago, and given the booming market for classic cars and the record $3.4 milllion Vette sold earlier this month, the debate has already begun about whether this Sting Ray will challenge those heights. 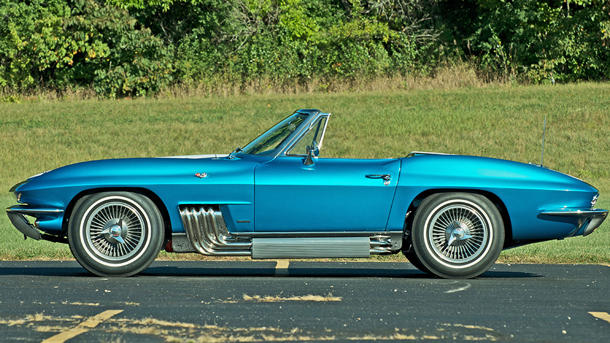 After a thorough restoration and years of careful preservation, Earl's Sting Ray sold for $980,000 in 2010; that it's back up for sale three years later highlights how the rising values of classic cars makes many collectors reassess just how many vehicles they need in their garage. And the seller can highlight the one-of-one nature of Earl's personal ride, which he once used as a pace car at the Daytona 500.

Dana Mecum, head of the Mecum Auctions, said when the owners of the Earl Vette decided to put it up for sale, the auction estimate was set at $1.5 million to $2 million. Now in the wake of the record, "the Corvette community has been buzzing and the big question is: will the Harley Earl Car surpass the sale price of the L88? Mecum says. 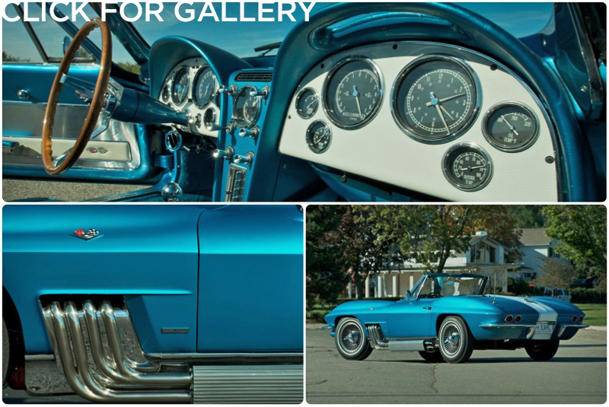 But there are also strong arguments that this car won't ascend to the levels of the record-setting L88 Vette. Earl only owned the car a couple of years, and apparently parted from it without much fuss. The modifications  a unique dash, disc brakes and metallic blue paint among others  were far less transformative than some of the wilder Corvette concepts over the years, and it's still powered by the everyday 327, 300-hp V-8. Unlike the L88,

In the end, the Mecum sale on Oct. 10-12 will offer a litmus test of the rare car market. Unlike the pre-recession mania for muscle cars, the rise in auction values over the past couple of years has tended to bless cars with significant pedigrees and history, rather than indiscriminately sweeping in any model of a certain vintage. It would only take two bidders to chase a car like Harley Earl's Vette to million-dollar values and beyond, but anything more will say as much about collectors as it will about this Vette.