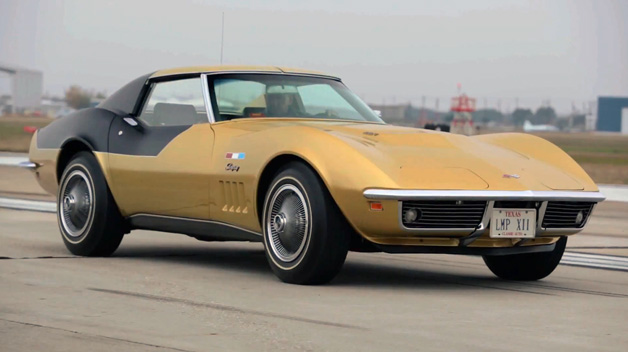 The history of the American space program is inextricably linked to the Chevrolet Corvette. It was the ride of choice for a number of astronauts, including many that were a part of the legendary Apollo program, which landed men on the moon. Neil Armstrong drove a Corvette, and six Mercury astronauts were Corvette owners as well. The crew of Apollo 12 ordered three identical C3 Stingrays (Alan Bean's is shown above).

Motor Trend's Arthur St. Antoine borrowed a new, seventh-generation Corvette and enlisted the help of Walt Cunningham, an astronaut on Apollo 7 and a big fan of America's sports car. The two travel from Kennedy Space Center in Florida to Johnson Space Center in Houston, talking space flight, Corvettes and what it takes to be an astronaut.

It really is a must-watch video for anyone that is still inspired and curious about space flight. Take a look below for the full video.